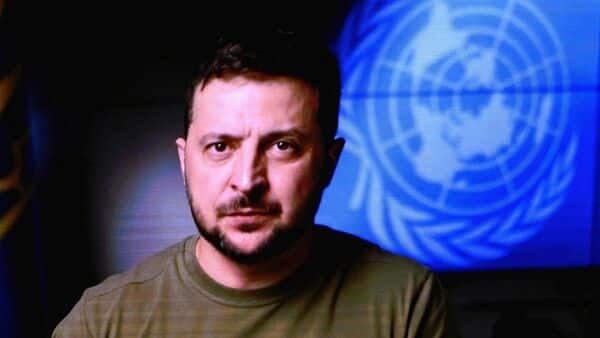 Ukraine President Volodymyr Zelensky on Friday warned that he would not negotiate with Russia as long as President Vladimir Putin is in power.

“Ukraine will not hold any negotiations with Russia as long as Putin is the president of the Russian Federation. We will negotiate with the new president,” he said, after Putin annexed four Moscow-occupied Ukrainian regions.

“We have already proven our compatibility with Alliance standards… We are taking a decisive step by signing Ukraine’s application for accelerated accession to NATO,” Zelensky said in a video posted by the Ukrainian presidency on social media.

Russia on Friday annexed four territories in Ukraine controlled by army at a grand ceremony in the Kremlin and urged Kyiv to lay down its arms and negotiate an end to seven months of fighting.

The ceremony at the Kremlin came hours after shelling killed 25 people in Ukraine’s southern region of Zaporizhzhia.

“I want to say this to the Kyiv regime and its masters in the West: People living in Lugansk, Donetsk, Kherson and Zaporizhzhia are becoming our citizens forever,” Putin said.

“We call on the Kyiv regime to immediately stop fighting and stop all hostilities… and return to the negotiating table,” he added.

The United States on Friday announced ‘severe’ new sanctions on Russia in response to the annexation that President Joe Biden called ‘fraudulent’ claim.

“The United States is imposing swift and severe costs on Russia,” the White House said in a statement.

“The United States will always honor Ukraine’s internationally recognized borders. We will continue to support Ukraine’s efforts to regain control of its territory by strengthening its hand militarily and diplomatically, including through the $1.1 billion in additional security assistance the United States announced this week,” he continued.