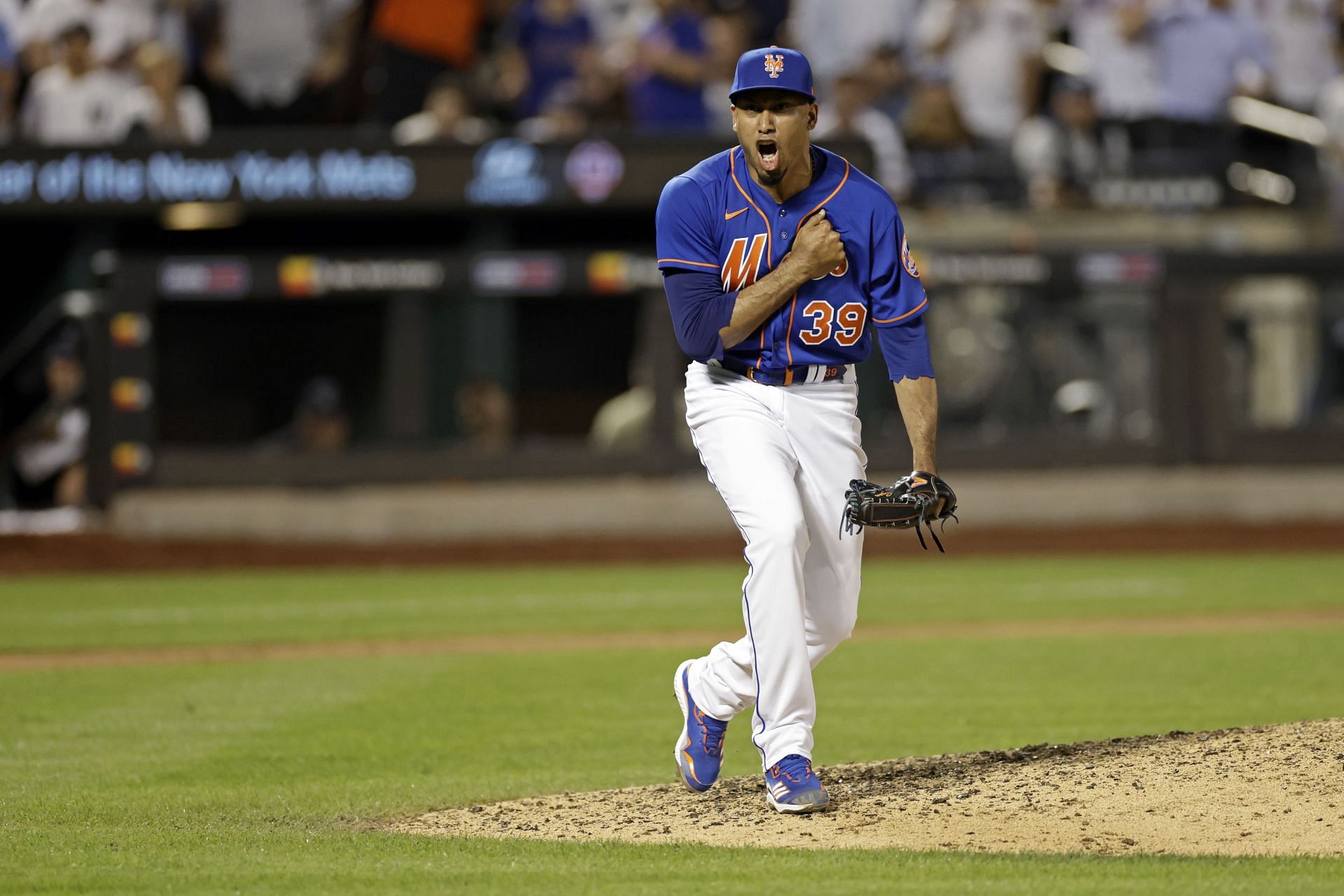 MLB fans were amazed by New York Mets star closing pitcher Edwin Diaz hitting a new high with an absolutely scorching 103 MPH fastball. It was the final pitch of the eighth inning, and was nearly unhittable.

Not often does a single pitch leave MLB fans in awe, but that is exactly what Diaz managed to do. It being a pitch against the Los Angeles Dodgers was an added benefit.

The SNY Network posted a clip of the wicked fastball to Twitter.

The pitch came immediately after a controversial ball call from the umpire, so Diaz took matters into his own hands. It was a crucial strikeout for the New York Mets, since it allowed them to go into the ninth with at least a two-run lead.

This was the hardest pitch that Diaz has thrown in his MLB career.

Diaz has established himself as one of the top closing pitchers in the league, and this helps prove that point.

Having a bonefide closing pitcher is rare in modern MLB. Very few relief pitchers are guaranteed to hold the lead by shutting down opposing offenses. Along with one of the best entrances in baseball, Edwin Diaz is capable of amazing things on the mound.

This is a highlight that will be remembered, even amidst a season full of highlights from Edwin Diaz.

The pitch went right down the middle, but there wasn’t a single thing the batter could do. That does not happen often in the major leagues.

When Edwin Diaz dials in, the New York Mets are nearly unbeatable. Even against the top teams in the National League, the Mets can win with their extremely talented pitching staff.

The New York Mets are peaking at the perfect time and will be a tough out for whomever they play in the playoffs.

The trio of Max Scherzer, Jacob deGrom, and Edwin Diaz seems completely unbeatable. Even a very talented playoff team would struggle to record any runs. With the talent of the Mets pitching staff, the offense is able to have a few underperforming games.

While expectations are high, the Mets seem up to the challenge. If they are able to hold off the Atlanta Braves, they will be the National League East champions. No team in the MLB wants to hear the trumpets signifying Diaz’s trip to the mound in the playoffs.