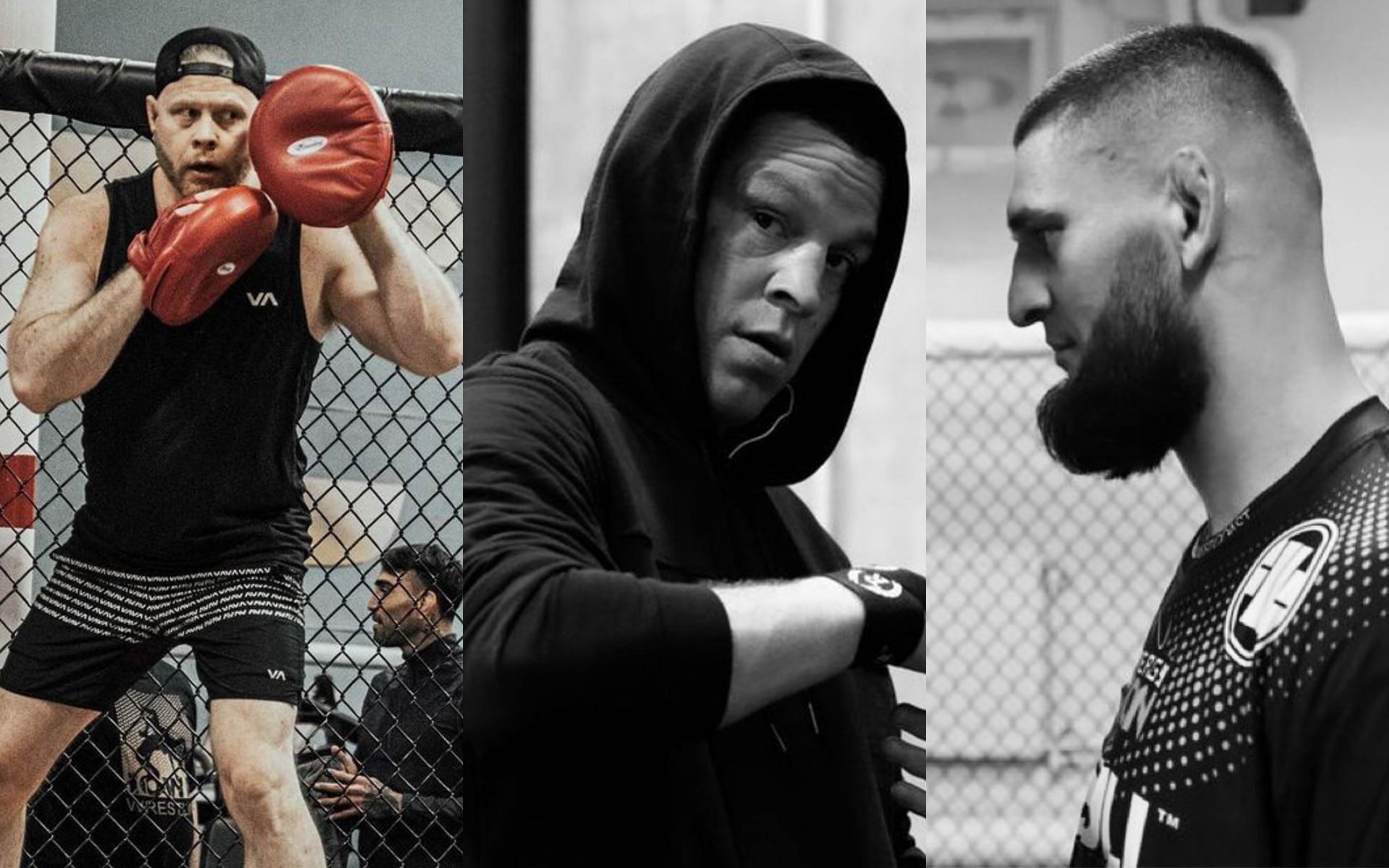 Nate Diaz will fight surging welterweight Khamzat Chimaev in the main event of UFC 279 next week. The fight at the T-Mobile Arena in Las Vegas will be Diaz’s final outing for the promotion per his current contract.

The Stockton native has always asked for the toughest fights and the most difficult opponents, but many have expressed concerns regarding his next bout. ‘Borz’ is a massive prospect with immense potential; he has elite wrestling, heavy hands, and, as demonstrated by Gilbert Burns, a strong chin. While Nate Diaz’s chin and toughness are legendary, many think this will be a one-sided beatdown by Chimaev.

In a recent interview, Xtreme Couture coach Eric Nicksick, the man currently behind UFC heavyweight champion Francis Ngannou, had some tips for Diaz:

“Nate’s a dog and I think with Nate and his durability, and after knowing the last fight with Khamzat and Gilbert Burns, you might want to try and see what you can do as far as putting him in some deep waters. And it being a five-round fight, try to make him actually work maybe later on in those rounds.

You don’t want to play the rope-a-dope with him by any means, but you definitely want to try to maybe wear on his body, try to kick his legs a little bit, do some things that maybe could be taxing later on as the fight goes on and try to put him in some deep waters…”

Nicksick said that after seeing the landslide in betting odds, he believes bookmakers and fans aren’t giving Nate Diaz enough credit. He thinks Diaz’s team should try and get Chimaev into the later rounds, test his cardio and use that as a means to victory.

Watch the segment at 5:00 of the interview below:

The Stockton native has been an underdog several times in his career. In fact, he was the biggest underdog of the card in his last outing against Leon Edwards. Diaz went into the fight at UFC 263 as a +425 underdog.

However, he has never been as big of an underdog as he is leading up to the fight against Khamzat Chimaev at UFC 279.

Nate Diaz has never been a bigger underdog in his career than he is heading into the Khamzat Chimaev fight.

Nate Diaz has never been a bigger underdog in his career than he is heading into the Khamzat Chimaev fight. He’s currently +750 heading into UFC 279. https://t.co/hLn5uIyDi5

While the lines have seen marginal movement, with some opening at +1000 for Diaz, most oddsmakers have the Stockton UFC veteran as a heavy underdog against ‘Borz’.

That said, Nate Diaz has beaten the odds and shocked the world before. The most prominent example is when he beat a prime Conor McGregor in the second round of their UFC 196 fight after taking the bout on 11 days’ notice. Whether he’s able to pull off what some consider a miracle remains to be seen.

IND vs BAN: “Such Kind Of Captaincy And Bowling Is Not Acceptable” – Virat Kohli’s Childhood Coach Rajkumar Sharma Says There Are No Words To Describe This Loss

Every Indian has right to choose their own god: SC rejects ‘Parmatma’ PIL