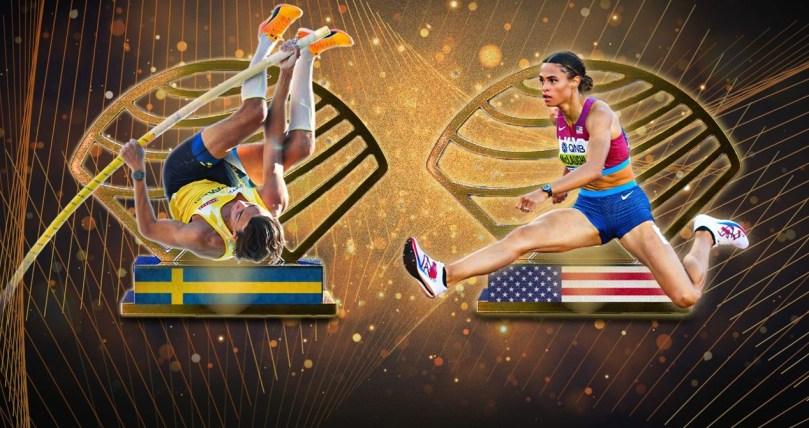 World Athletes of 2022: American Sydney McLaughlin and Sweden’s Armand “Mondo” Duplantis were named World Athletes of the Year on Monday, after a record-breaking 2022 that saw them each collect gold a the world championships. Follow latest sports news & updates with InsideSport.IN

IOC Russia Ban: IOC declares Russia and Belarus ban to continue, says ‘not the right time to UNBAN them’

McLaughlin whipped the Eugene, Oregon, crowd into a frenzy when she won the 400 meters hurdles in a breathtaking 50.68 seconds, shattering her own record that she set less than a month earlier at the same track.

The 23-year-old Olympic gold medalist helped the United States to gold in the 4×400 meters relay as well, tantalizing fans when she suggested she could set her sights on the 400 meters flat next.

All of my goals were accomplished this year,” said @GoSydGo. “We were able to accomplish everything we set out to do. It couldn’t have been any better, and I was so grateful that I was able to produce that performance in front of a home crowd.”

“Everything we aimed to do, we accomplished,” McLaughlin said in a post on the World Athletics Twitter page. “There’s more possible, and I think as a whole this generation of athletes is figuring out there’s a lot more we can do.”

Duplantis underlined his claim as the greatest-ever pole vaulter when he cleared a record 6.21 meters (20.37 feet) to collect gold in Eugene, the third time he broke the world record in 2022.

Just when you think @mondohoss600 could not be more dominant, the Swedish pole vaulter won 18 of his 19 competitions, and vaulted six metres or higher 23 times.

“I try not to put limits on myself,” Duplantis tweeted.

“I can definitely jump higher than I’ve jumped right now. So I guess we’ll see how high, but I want to push it higher than people think is even possible, that’s for sure.”