With change in govt, it’s back to square one for anganwadi workers agitating for better wages, pension 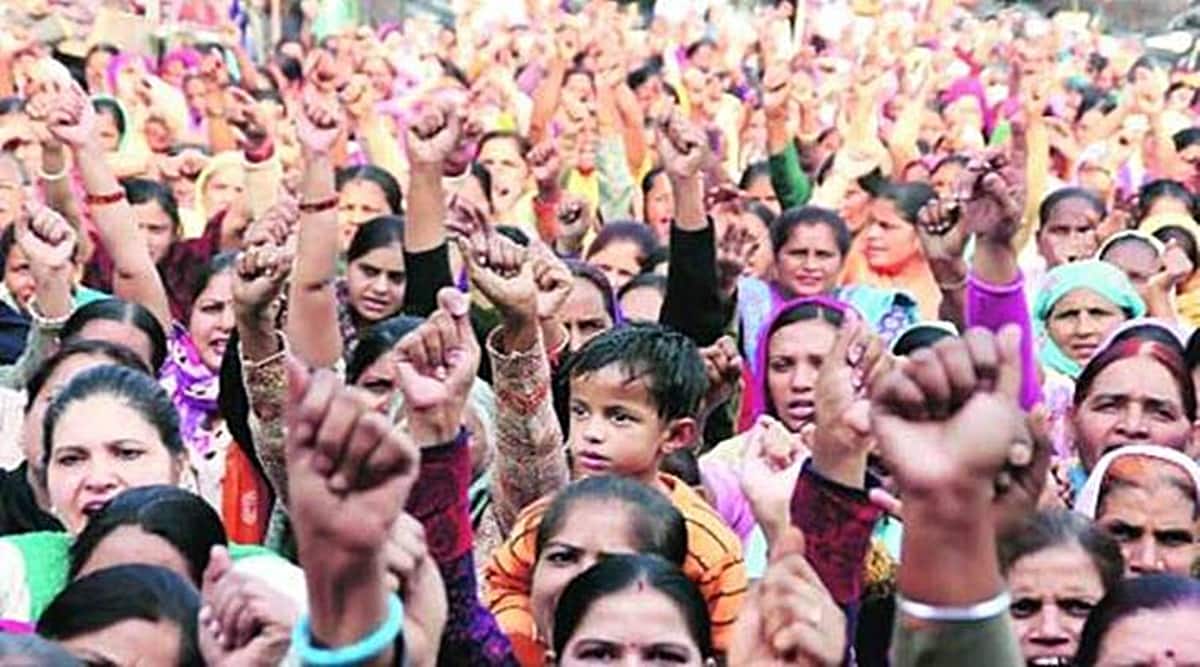 The change in government has left the anganwadi workers deserted in Maharashtra. After months of protest, the previous government—Maharashtra Vikas Aghadi (MVA) – had assured that it would discuss their demands like increase in honorarium and facility of pension in the state’s assembly. However, the newly formed government, seemingly unaware of the development, didn’t raise the topic in the assembly, bringing the anganwadi workers to square one.

For the last one year, anganwadi workers have been in a tussle with the Women and Child Development (WCD) ministry over their long-pending demands. They held several protests across the state, including Mumbai’s Azad Maidan ground.

“After days of protests, the former minister of WCD, Yashomati Thakur, held a meeting with us and promised to raise our insignificant honorarium from Rs 8,000 to Rs 12,000. She assured to raise the issue in the monsoon session in the state’s assembly. But now…it wasn’t discussed in the assembly, leaving us feeling dejected,” said Kamal Parulekar, secretary, Anganwadi Sevika Union general.

Earlier, this year, after protest, the Delhi government raised the honorarium of anganwadi workers to Rs 12,720 besides increasing conveyance and communication allowance to Rs 1,500. “The size and population density of Maharashtra is more than Delhi but our demands are being ignored. This government will have to enact the promises given by the former minister,” said Parulekar.

Anganwadi workers are considered the most integral part of the nutrition programmes in India. Annually around 2,300 anganwadi workers retire in the state. “Firstly, our honorarium is so low that after supporting our families, we fail to save money for our future. So, we asked the previous government to provide half of the last-drawn salary as a pension after retirement,” said Sunita Shelar, anganwadi worker from Palghar. “The new government isn’t even aware of all the development,” she added.

They also complained that once an Aganwadi worker retires, rather than filling up her post, the responsibilities are shouldered on another one. This further overburdens the already skeleton manpower capacity.

The associations representing over two lakh anganwadi workers have decided to hold rallies at the district-level starting September 12. If the state government doesn’t meet their demands, they will protest near the ministry in Mumbai on September 20.

“We aren’t even covered under the state’s health insurance schemes despite an official instruction given in 2018 in the regard. So, when anyone gets sick, we can’t even claim the insurance,” said Parulekar. “Just because a government has changed, we will not bow down. If needed, we will again start from the beginning by holding protest in every district,” she said.