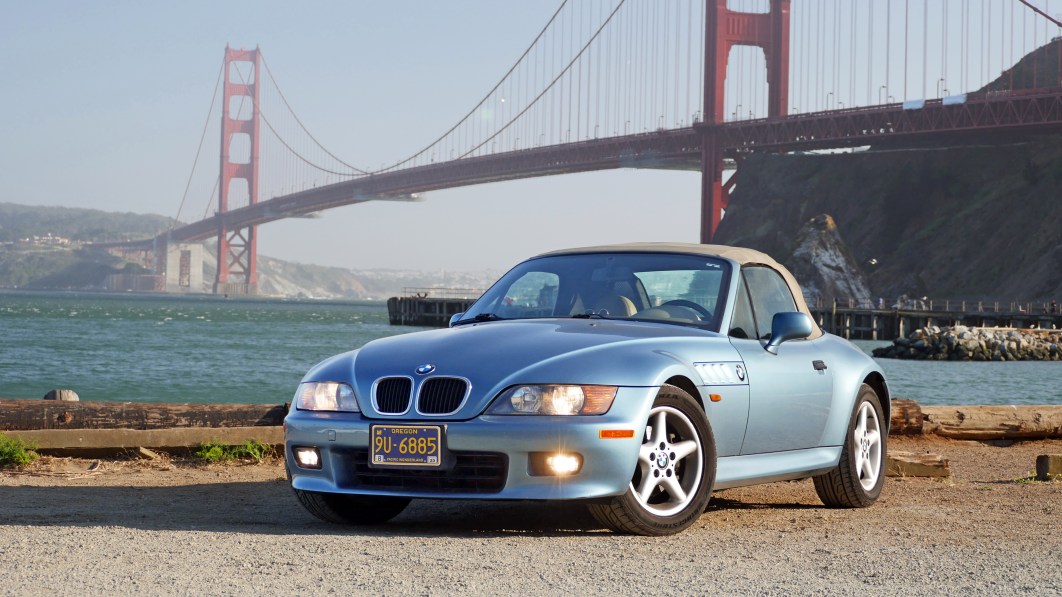 It’s 10:15 am in Redwoods National Park, and it couldn’t possibly be more atmospheric: The ancient giants are shrouded in fog with a heavenly white sky beyond. Down below, the ferns and mosses are spackled in a fine mist with delicate pink flowers providing an unexpected pop of color amidst all that green. And back in the trail parking lot, providing its own quaint contrast amongst the monotone collection of minivans, family SUVs and heavy-duty pickups, is my little, Atlanta Blue 1998 BMW Z3.

There’s a certain “What the hell are you doing here?” about the whole scene, and judging by the surprised reactions of the various families walking by, I’m not alone in noticing. You see, besides being a locale typically visited by families or maybe couples, Redwoods National Park is in a remote part of one of the country’s most remote areas. Located at the uppermost part of California, it is a 5.5-hour drive from San Francisco and 3.5 hours from the nearest interstate. It was even a 1.5-hour drive from my overnight spot just over the Oregon border near the vast metropolis that is Crescent City, Calif. So yeah, you have to drive a really long way to get there, and not a lot of people are signing up to do that in a 25-year-old roadster.

But I did! I was moving from Portland to just outside Los Angeles, and needed to transport my Z3 the roughly 1,000 miles. Could I have towed it behind my ’13 BMW X5 xDrive35d or fenagled a Ram 3500 press truck or something? Probably, but what’s the fun in that? Could I have simply turned left in Portland onto I-5 and taken that the whole way? Probably, but my car totally sucks over 65 mph with the top up – it’s loud, there’s subtle buffeting, and semis are a bit scary. Also, what’s the fun in that?

Nope, I was going to “close the gap” on the stretch of Highway 101 I had never ventured, from roughly Yachats in the middle of the Oregon Coast down to Trinidad, Calif., about an hour south of the Lady Bird Johnson Grove. As I suspected, I had missed out on the most spectacular bit, the one that was most remote, the least interstate-like and the one absolutely best-suited for a top-down cruise. All those people in minivans, family SUVs and heavy-duty pickups don’t know what they’re missing. 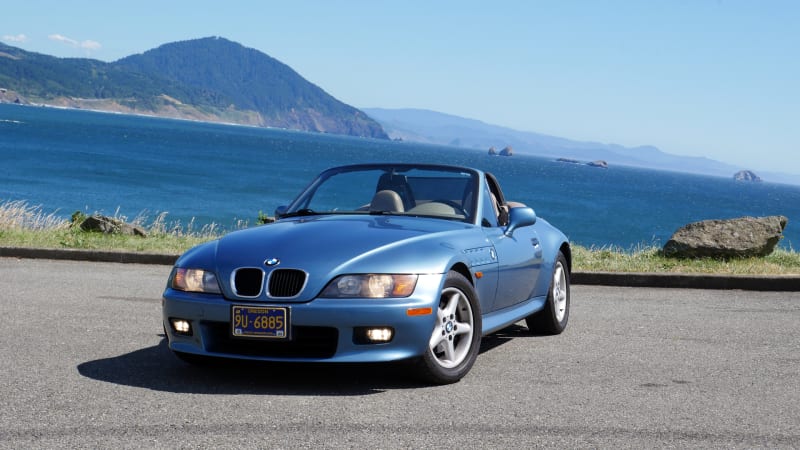 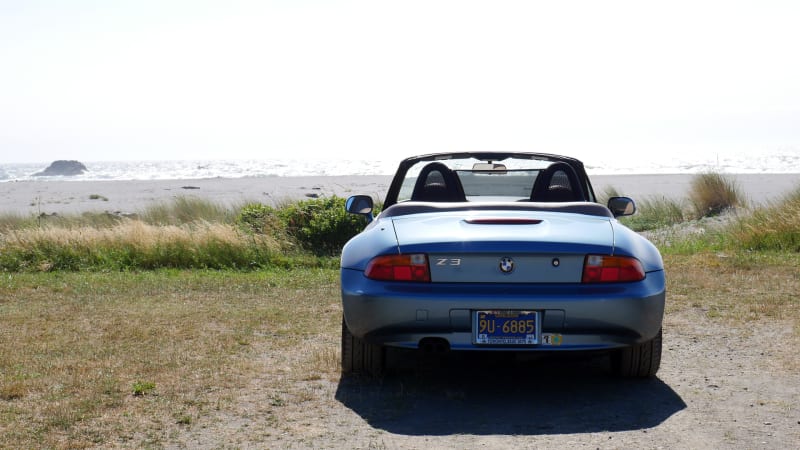 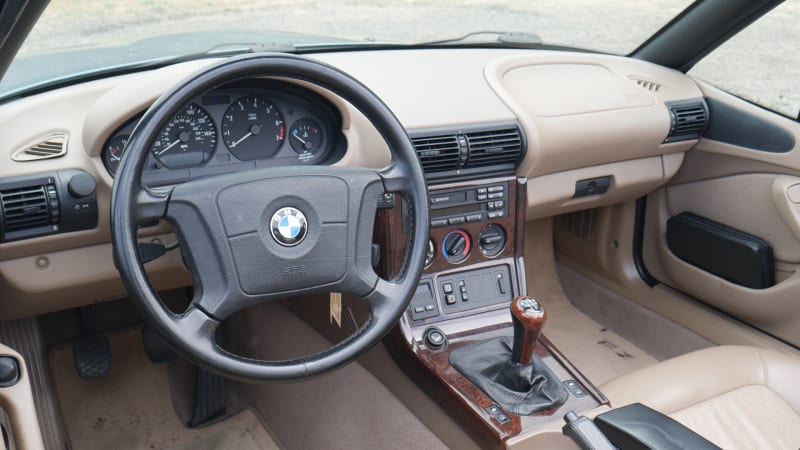 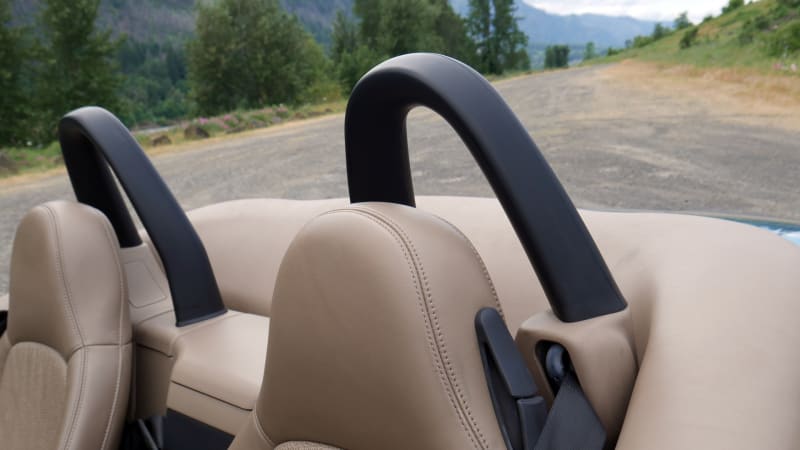 One day earlier, after Oregon gave my Z3 an appropriate send-off of misty rain from Portland out to the coast in Newport, I dropped the top and affixed the leather-like rigid tonneau cover that does a shockingly good job of quelling wind noise (it would take me more than a decade to realize that, previously figuring it was just for aesthetics). With hat on, jacket zipped up and Harman Kardon sound system playing my road trip playlist through a retrofitted aux jack, that afternoon drive through the gloriously winding 101 past epic views of coastline, trees and even sand dunes is one I won’t soon forget. There was one point, just north of the border near Gold Beach, where I couldn’t help but gaze up at the trees and blue sky zipping by and put my hand up past the headliner. This is why we make road trips, and ideally, do so in an interesting car we love.

And although I already loved my Z3, having owned it for 15 years and having wanted one since first seeing it in “GoldenEye” 27 years ago (ugh, I’m old), this would be the longest I’ve ever driven it in terms of both distance and time. Despite being a relatively tiny car by the standards of a national park parking lot, it’s more spacious than a contemporary Boxster or a new ND Miata. I’m 6-foot-3, and it was only on my third and final day driving along the more interstate-like bit of the 101 from San Jose to the new home in Agoura Hills, Calif. that I started to feel like I needed a few hours on a rack to stretch myself out a bit. That was also the bit of the journey where the Z3’s noise/buffeting/speed limitation was most noticeable and annoying: “Well, the speed limit is 70, but I sure don’t want to drive 70.” I might have been a wee bit of a rolling chicane after being the road rabbit back on the majestic winding bit in Oregon and northernmost California. 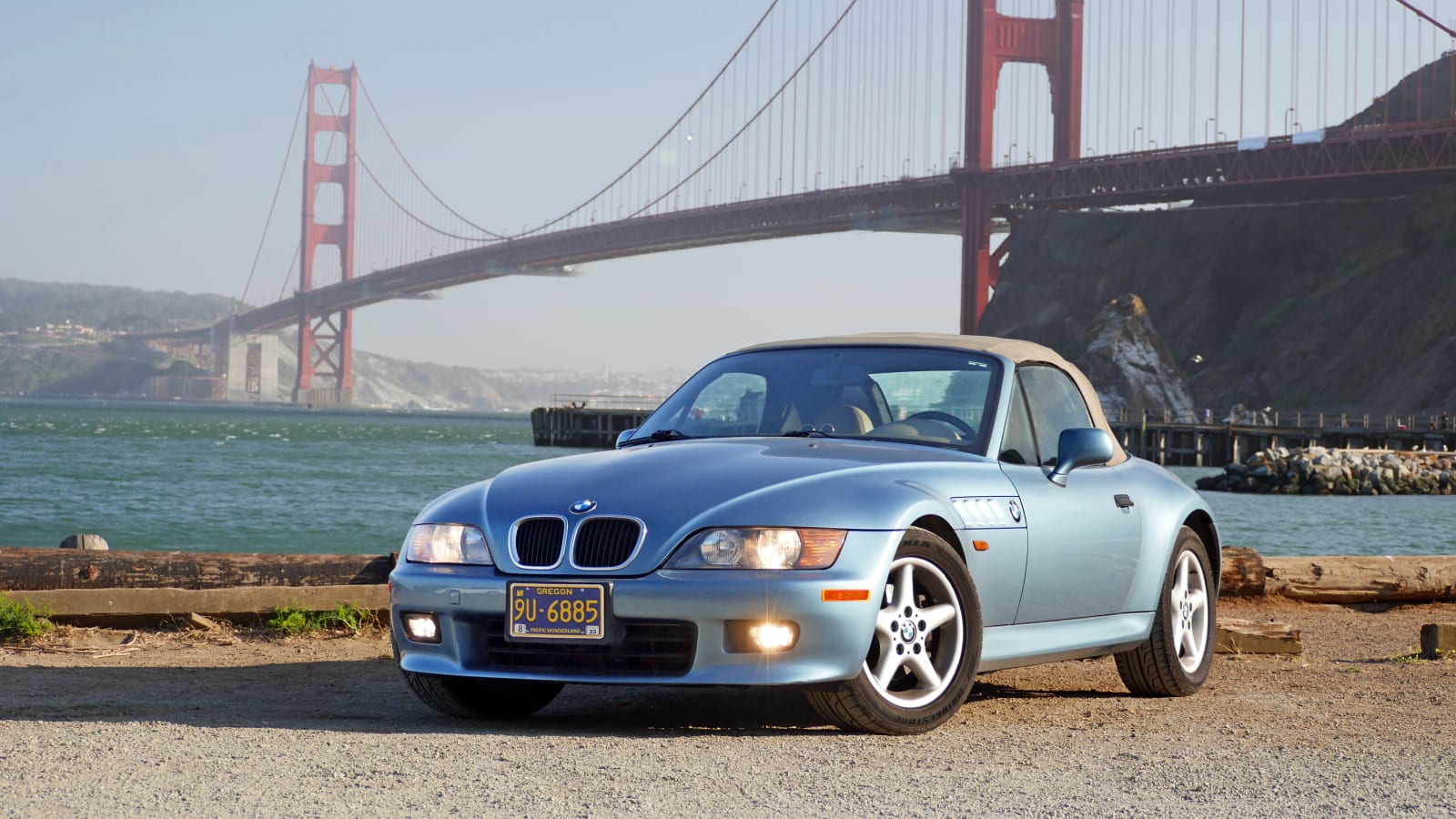 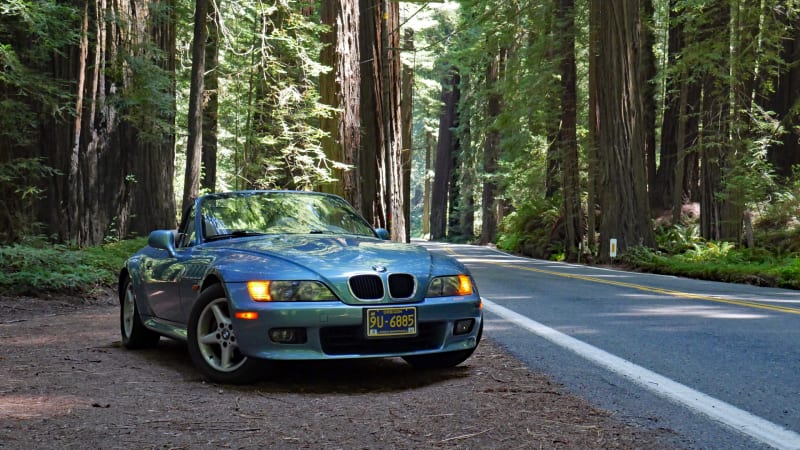 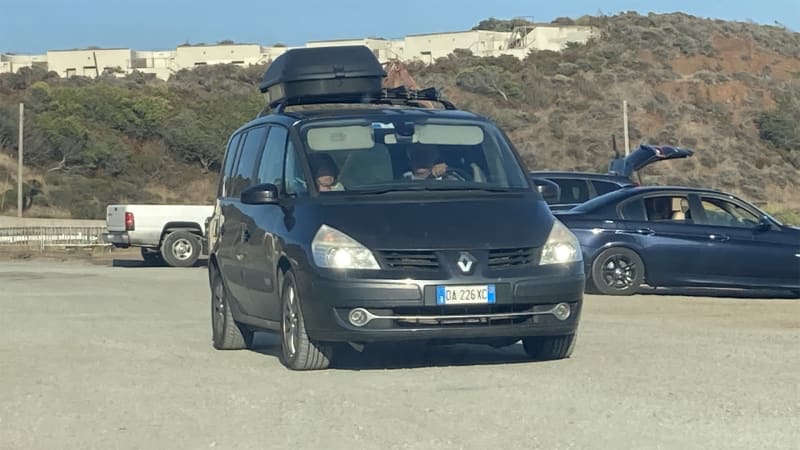 Indeed, although I kept the roof down as much as possible on day one, after a short stint on day two through the Avenue of the Giants south of Eureka, Calif. (above left), it just got too damn hot. It was July, after all, and I’m more of a tweed-hat-in-winter sort of convertible owner than a fun-in-the-sun sort. Admittedly, this meant the roof was up when I stopped for photos at one of my favorite locations in the country: at the northern foot of the Golden Gate bridge, next to the current U.S. Coast Guard Station and future Starfleet Academy. I could’ve put the top down, but then I’d have to put the tonneau on (this time, 100% for aesthetics), and dude, I was tired after seven-plus hours of winding road in an old roadster. Cut me some slack. I still managed to get a few shots with a seal photobombing in the background, plus the befuddling appearance of an elderly couple driving a 2008 Renault Grand Scenic on Italian plates (above right). And here I thought my Z3 was an unexpected sight in tourist parking lots. I really should’ve stayed to ask what their story was, but yeah, tired. Also, my Italian extends no further than some Dean Martin songs.

All told, the journey was a poignant way to close out my five years in Oregon. I will miss it dearly, and I’ll definitely regret not being able to so readily take more trips to explore it in my Z3. Which, by the way, was nearly flawless on the journey. I have a microfracture in the right front wheel that required refilling the tire at every stop lest I drive around with 23 psi, but that’s it. I’ve somehow managed to toe the line between light use and neglect over the years – it only has 49,000 miles on it, and I bought it with 37,800 in 2007.

Speaking of which, it’s been getting a bit dusty in its new garage home. Quick jaunts out to the hardware store are nice and all, but I think another coastal journey is in the cards. While I’ve now covered all of the 101 from Los Angeles to Port Angeles, Wash., there’s still some Pacific Coast Highway to check off the list. Get yourself ready for Big Sur, old friend.