What Do You Think Happened Here In This Wild Honda Crash? 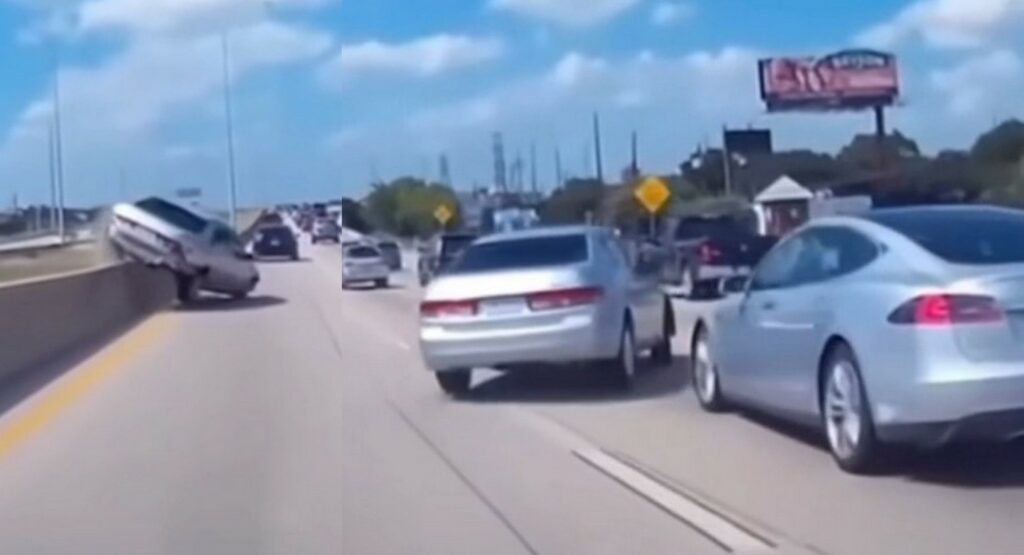 A Honda Accord driver ended piling up on a concrete divider after swiftly losing control of the sedan in an incident that was captured on a dashboard camera of an adjacent vehicle.

The Reddit user Coderite who shared this video titled it “Guy in the Accord must’ve been pissed at the guy on the left driving slow on the fast lane.” But, was this really the case? Right off the top, we have to point out that there’s no way to concretely confirm whether or not the Honda driver actually intended to intimidate either the camera car on the left or the Tesla in front of them. For all we know, the driver may have been distracted or caught off guard by the Tesla braking for traffic – the video is too short and doesn’t show what happened in the moments before it approached the Model S.

Regardless, it’s very clear that they lost control very easily and failed miserably to save it. Straight away in the video, we see the Honda cut off the camera car to take the left lane. Immediately, it’s clear that there’s a problem.

The Accord’s body rolls hard, and almost immediately, it’s pointed back at lane two. Miraculously, the Tesla Model S driver is dialed in and manages to brake hard enough to avoid the collision altogether. From what it looks like, the Accord didn’t expect that and ended up dipping into lane three briefly as the back of the car slides wide into lane four. There, it clips a truck and loses its bumper.

Then, the Honda ends up crossing all the lanes again before smashing into and briefly mounting the concrete divider. Thankfully, and somewhat amazingly, it seems as though no other cars were directly affected.

Is it possible that the Accord was driving too fast and/or being aggressive? Sure. That could explain the almost immediate over-correction. Many of us have felt annoyance due to a slow driver in the left lane but this kind of reaction is unacceptable. Regardless, this is a pretty juicy helping of instant karma in our eyes. But tell us, what do you think was going on here? 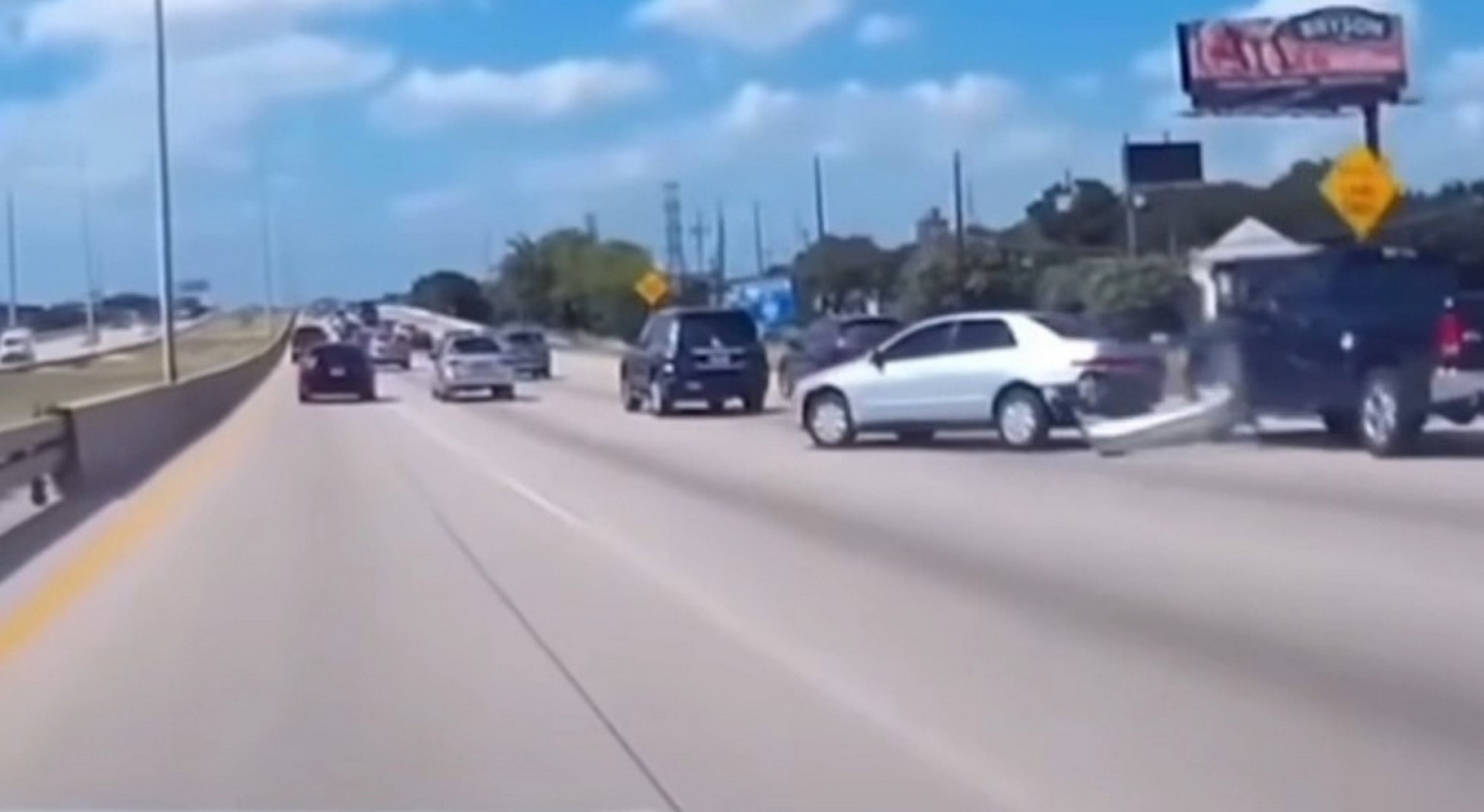