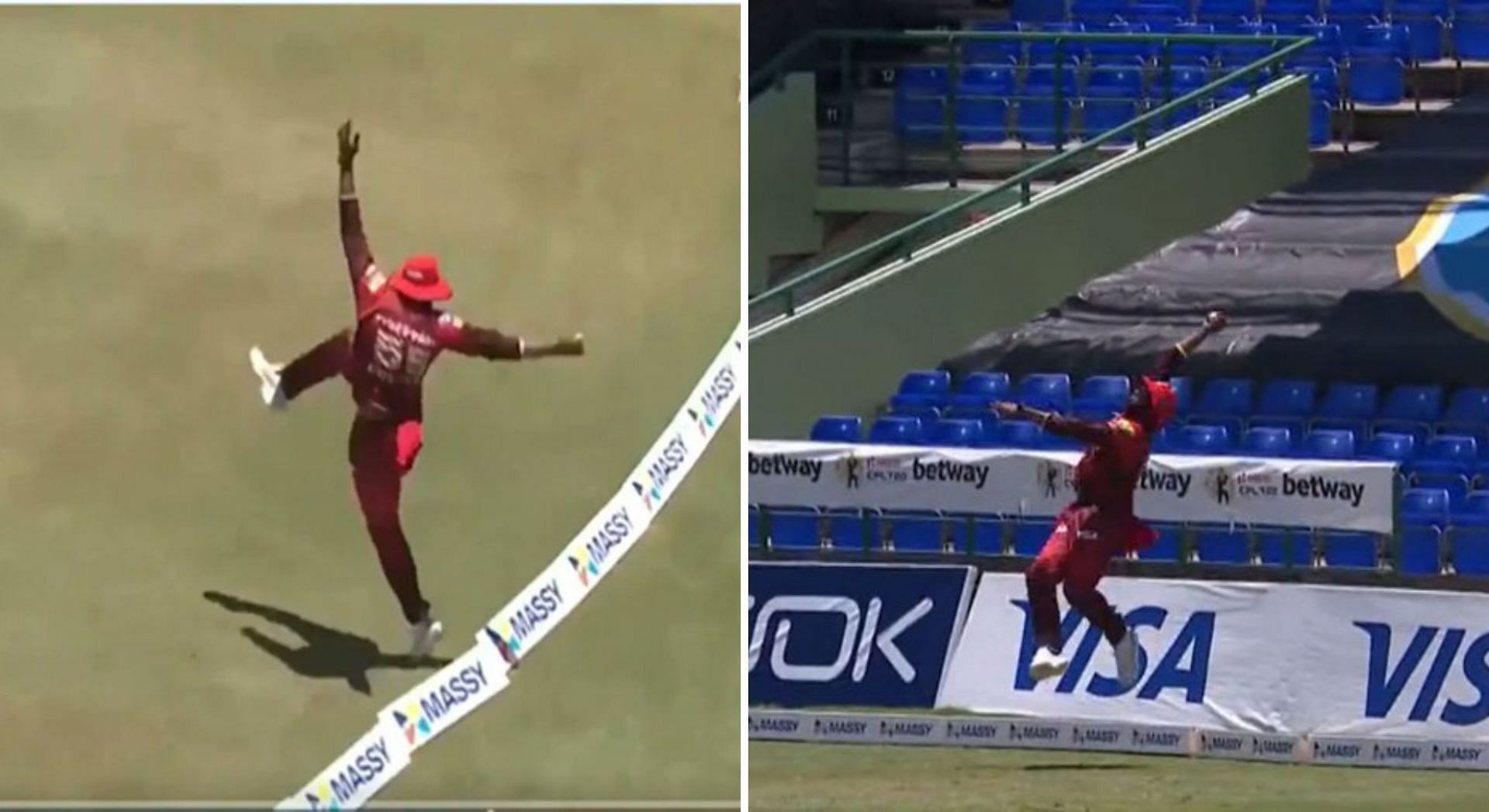 Veteran West Indies cricketer Kieron Pollard is one of the most flexible athletes in world cricket. He once again stunned everyone with his fielding abilities by holding on to one of the most challenging catches near the boundary ropes in the Caribbean Premier League (CPL) on Thursday (September 1).

The incident occurred in the 20th over of St. Lucia Kings’ innings when Matthew Forde tried to clear an overpitched delivery from Jayden Seales over the long-on fielder. The Trinbago Knight Riders (TKR) captain jumped to perfection to grab the catch and completed it with his sharp presence of mind near the ropes.

“WOW. No way did @KieronPollard55 pull that off. He needed every bit of his height and experience for that catch!”

Pollard won the toss and sent Roston Chase and Co. to bat first at St. Kitts. Batting first, they managed to score 143/9 in their stipulated 20 overs. Roshon Primus top-scored with 38 runs while Mark Deyal contributed 35 runs as others failed to deliver for St. Lucia Kings in their opening match of CPL 2022.

Akeal Hosein was the pick of the bowlers with 4/13, while Jayden Seales scalped a couple of wickets. Sunil Narine and Anderson Phillip settled for a wicket each.

TKR had a devastating start as they lost Narine (6) and Pooran (4) cheaply with the scorecard reading 19/2 after 3.1 overs in the run chase.

Tion Webster (58) and Tim Seifert stepped up to put the Knight Riders back in the driver’s ship. The skipper also contributed with 17 runs off 15 balls but couldn’t finish off the match on his own.

St. Lucia bounced with quick wickets, but Phillip kept his nerves to seal the match with a six in the final over.

Alzarri Joseph registered figures of 4/17 while Jeavor Royal, Scott Kuggeleijn and Kesrick Williams settled for a wicket each.

Q. Did you knew Kieron Pollard has retired from international cricket?