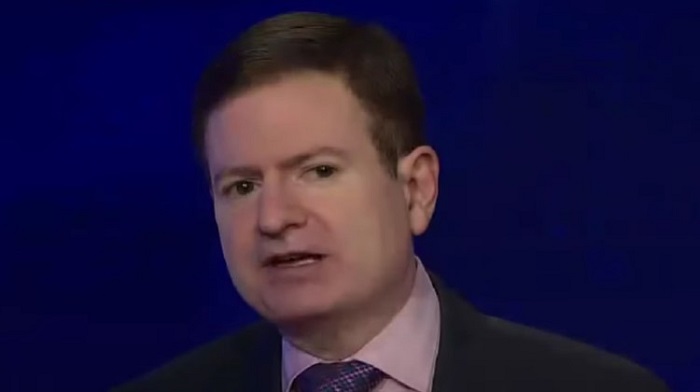 Washington Post fact-checker Glenn Kessler is getting a hefty serving of pushback after suggesting the newspaper had to ignore the Hunter Biden laptop story because they weren’t given access to the hard drive until mid-2021.

Kessler joined Washington Post national columnist Philip Bump in getting defensive over the Elon Musk Twitter files exposé and offering a defense for their own unwillingness to report on the Biden laptop.

Bump argued that “other outlets” couldn’t match the bombshell story, originally reported by the New York Post, because “they weren’t given access to the laptop data.”

Kessler, who we would like to reiterate has the term ‘fact-checker’ in his title, agreed.

“Not until mid-2021 did a source provide The Washington Post a copy of the hard drive. Then my colleagues went immediately (to) work on it,” he tweeted. “We hired experts to assess the veracity and produced articles based on material that could be verified.”

Not until mid-2021 did a source provide The Washington Post a copy of the hard drive. Then my colleagues went immediately work on it. We hired experts to assess the veracity and produced articles based on material that could be verified. https://t.co/ERaFoPLwel https://t.co/330JZculDa

It’s impossible to overstate the absurdity of Glenn Kessler’s excuse for not covering the Hunter Biden laptop story.

First, if major newspapers only reported on items they had direct access to, they’d be out of business rather quickly for a lack of material.

Second, accepting Kessler’s premise means the Washington Post should never have reported on the validity of the laptop at all. But that’s not what happened.

It took the Post 532 days to finally confirm that emails attained from Hunter Biden’s infamous laptop were genuine. And yet, they somehow offered repeated commentary trying to downplay the validity of the story numerous times during those 532 days.

The Washington Post was part of the media blackout on the story, stating the emails were “unverified,” they “have never been authenticated,” and published a news analysis dismissing the New York Post’s reporting as “sketchy.”

They also ran opinion columns calling the Hunter story a “non-scandal” and “fake.”

How could they possibly have reported so definitively without having access to the hard drive?

Glenn, Philip & WaPo were very cautious to give any opinions on the @nypost Hunter Biden laptop story until they could verify it… Oh wait pic.twitter.com/NG3DjUBaxH

Third, needing first-hand verification doesn’t seem to have stopped the Washington Post from reporting on other news stories that actually turned out to be ‘fake’ or ‘non-scandals.’

Russia collusion, the Steele dossier – which they made numerous corrections regarding after it was disproved – a story about Rudy Giuliani receiving advance notice from the FBI that he was the target of a Russia influence campaign, the Nicholas Sandmann smear, etc.

Those topics weren’t verified before print because they couldn’t be verified. The Washington Post ran with them anyway.

And fourth, contrary to Kessler’s claim, Human Events senior editor Jack Posobiec made a “standing offer to any member of the MSM” for a copy of the laptop’s hard drive.

“None of them have even tried to accept it,” he claimed.

Standing offer to any member of the MSM too

None of them have even tried to accept it

Suffice it to say, Twitter followers weren’t necessarily buying what Glenn Kessler was selling regarding the Hunter Biden story.

Several responded offering little more than skepticism over his excuse for the Washington Post not covering the scandal.

Yeah, right. There was simply no way to obtain the hard drive sooner.

But how did you determine it was “Russian Disinfo” like you claimed it was?

Also why doesn’t WashPo do this with news articles about Republicans? Heck you all ran with Russian Collusion which was a lie. https://t.co/5hAFIXZXJn

They’re still desperately trying to justify their lockstep decision not to report on it in order to help Biden.

The latest excuse is that they don’t report on anything unless they have the original material in their personal possession. Calvinball. https://t.co/uRIX1SIIeF

Here comes even more mental gymnastics from the crew that actively avoided the story. https://t.co/i4h4WZCMhH

Kessler, Bump and the Washington Post are either actively misrepresenting the truth about why they refused to cover the story, or they are incredibly bad at their jobs (equally likely).