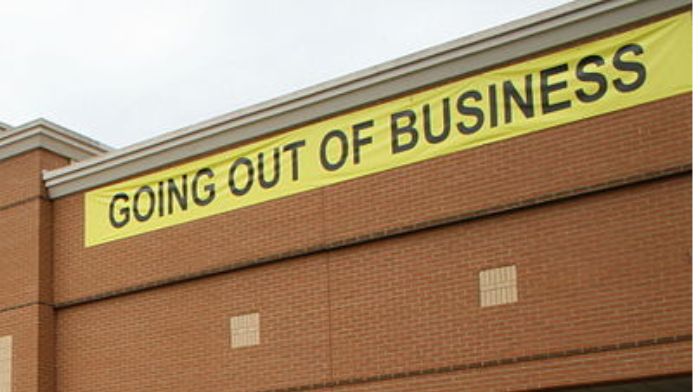 If you’ve spent any amount of time online, you’ve surely seen more than a fair share of videos of the theft phenomenon.

Most of the ones I’ve seen have taken place in bluer-than-blue cities, though there’s no particular favorite target when it comes to type of store.

Groups of dozens, sometimes hundreds of people mob-looting stores. People casually filling their arms with goods and walking out.

As anyone with two brain cells to rub together could tell you, allowing for this kind of thing produces results far worse than the alleged “harm” done to the thief from an arrest. (If they are ever held to account at all.)

Case in point: the CEO of Walmart is now warning that unchecked theft will cause higher prices and fewer stores.

Just what people who are trying to make ends meet need in the Biden economy.

For those wondering… many Walgreens have put anything valuable behind a lock because there has been so much rampant theft from shoplifters with no consequences. Here’s a video I took at the one closest to me. They got rid of most cosmetics altogether. pic.twitter.com/627ByVPG07

RELATED: San Francisco Restaurant Asks Police Officers To Leave Because They Are Armed – ‘We Were Uncomfortable’

Doug McMillon, the retail giant’s CEO, warned that the rise in theft will naturally cause the company to increase prices to cover the losses. Worse, entire stores could close.

On CNBC, one of the host’s teed up McMillon by relating that many retailers have been talking about theft, and the lack of enforcement.

McMillon responded, “We’ve got safety measures, security measures that we’ve put in place by store location. I think local law enforcement being staffed and being a good partner is part of that equation, and that’s normally how we approach it.”

It’s unclear what that means exactly, but the eventual result of lawlessness is clear: “If that’s not corrected over time, prices will be higher, and or stores will close.”

CNBC reports that Target has seen $400 million in losses to theft just this year.

Of course, what would some of the top businessmen in the world know? We should be looking for answers from career politicians who have never had a job:

Some of Breed’s comments:

“Almost every corner you see a Walgreens. Some of these stores are not just closing because of retail theft, they’re closing because they’re not necessarily bringing in the sales they once did. I don’t want to attribute that to just retail theft.” pic.twitter.com/YhD2vsFbL6

It’s not hard to understand why theft is up. In some dark blue cities like Chicago, “woke” prosecutors won’t even try cases for theft.

It’s much the same in San Francisco, where Walgreens has been sprinting to get out of the city entirely.

Just do a quick search on social media, and you can find endless examples of people casually looting stores blind, and not a single person does a thing about it.

I haven’t been able to confirm this one, but evidently this Walgreens in Baltimore fashioned hilarious doors to try to stop the problem:

So What’s It Mean

The people most harmed by the woke left’s insistence that theft is totally fine are the same people they so loudly proclaim to care about most.

Walmart, as everyone knows, is the lowest-end retail giant in the country. For people who don’t have a lot to spend, that’s where they go.

In so-called “food deserts” in blue mega-cities, pharmacy chains like Walgreens can be the only nearby place to grab any kind of food. (That’s not to mention, of course, that people who need medicine go there as well.)

Generally, the impetus behind this “Go steal whatever you want, we don’t care” attitude is a left-wing trope. You see, the people stealing are poor themselves, thanks to capitalism, Republicans, white people, some other boogeyman, or a combination.

So the thieves are the real victims. They can’t be prosecuted. Would you prosecute someone who was savagely beaten on the street for no reason?

And after all, the CEO of Walmart makes millions of dollars. He can afford to lose a few bucks here and there.

But as it turns out, none of the excuses matter. Even companies that loudly and publicly proclaim their wokeness won’t stick around if they’re losing money. That’s just the way it is.

Who suffers? The people the left claims to care about most.

As for me, I don’t live in a megacity. By choice. And no amount of snark from urbane city-dwellers sneering about my lack of vegan-Thai-Ethiopian-fusion food trucks would make me change my mind.

Though I must say, if the communists keep raising taxes on cigarettes, I may have to do what this guy did and head to my local city and rob them blind:

Theft at @Walgreens tonight #Walgreens cops were called. They have the footage and yes I got the plates too BUSTED! pic.twitter.com/hgpA9NOEVw