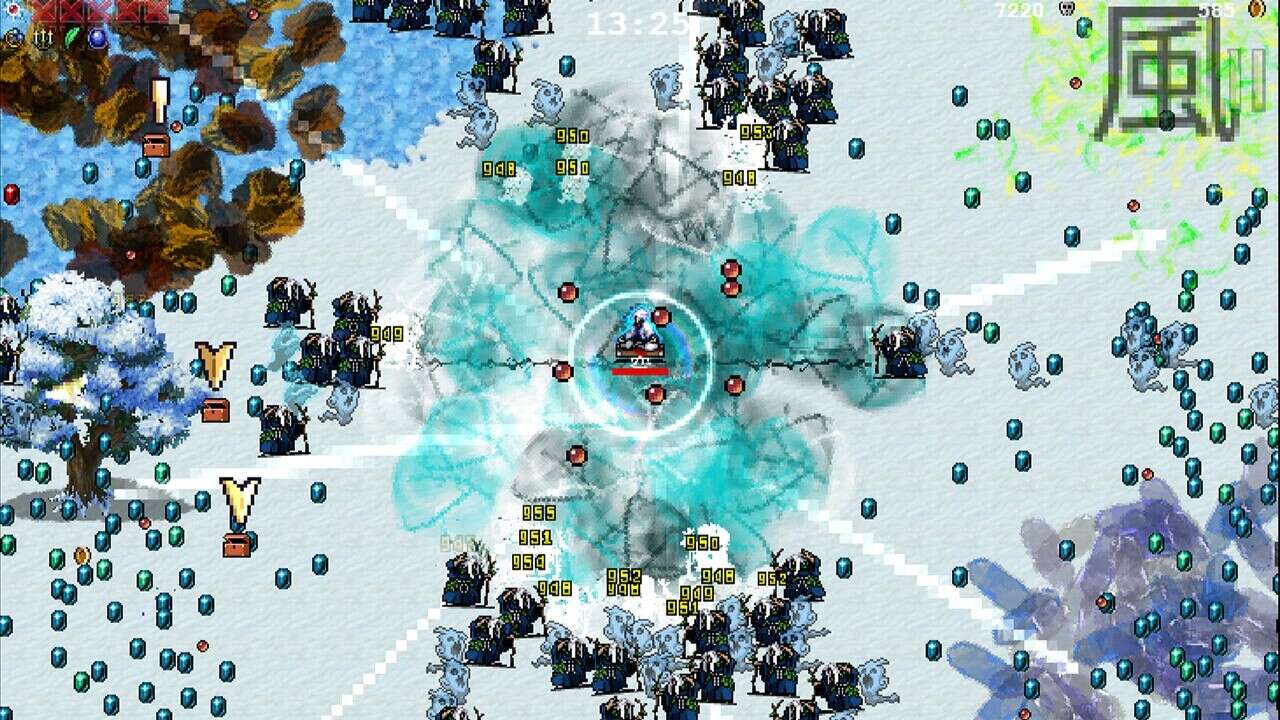 Vampire Survivors will be getting its first DLC expansion on December 15 on PC via Steam and Xbox, titled Legacy of the Moonspell. Priced at an eyewatering $2, this new content will add eight extra characters, over a dozen new weapons, six music tracks and one massive stage to use as a firing range for all these new tools.

Some of the new characters include members of the monster-hunting Moonspell clan from feudal Japan, such as Miang, Menya, and Syuuto Moonspell. One of the other new characters, Babi-Onna, is a resurrected warrior who has returned from the dead to seek vengeance on demons and mortals alike.

As for weapons, four of them have been detailed. Silver Wind is an ancestral force unleashed by the staff of the Moonspell clan, Four Seasons is a set of orbs that unleash the power of the changing seasons, and Summon Night uses the shadows to oppose evil. Lastly, Mirage Robe is an enchanted kimono that is imbued with a fragment of Babi-Onna’s vengeful spirit.

As for the new stage, Mount Moonspell includes an abandoned castle, a snow-covered mountain, a yokai-infested village, and more in its design, along with other resident monsters that can absorb plenty of punishment. In case you missed it when it launched in full release form this year, Vampire Survivors has been hailed as one of the best games on the market for procrastinators or anyone else looking to kill some time and several thousand demons.

All you have to do is survive 30 minutes against increasingly difficult waves of monsters that chase you around the map, but as you grow stronger, these supernatural creatures become mere cannon fodder before your growing arsenal of whips, lasers, and a sword that can summon the power of an entire galaxy to wipe foes out of existence.

A challenging Thanksgiving stage was also recently added to the game, which places players on a tiny bridge that’s crawling with enemies from all sides. A sleeper hit, Vampire Survivors recently joined Xbox Game Pass.