US Has Given So Many Weapons To Ukraine That Its Weapon Stockpile Is Depleting: Report 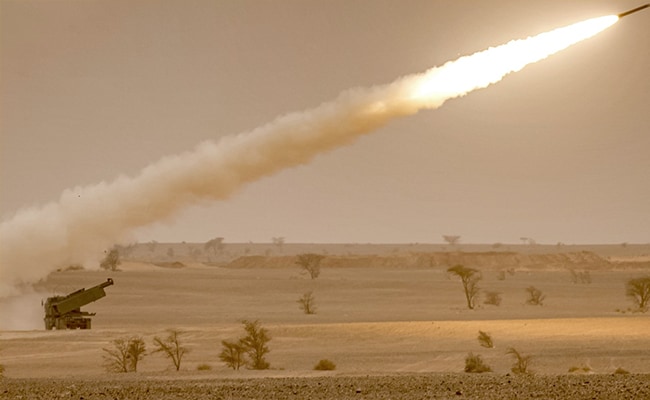 HIMARS is one of the weapon system supplied by the US to Ukraine. (AFP File Photo)

Since the day Russia invaded Ukraine, the United States has been supplying lots of weaponry to the tiny country to take on the mighty neighbour. Now, a new report has claimed that this has significantly depleted the stockpiles of some of the munitions of the US Army. US defence officials told The Wall Street Journal (WSJ) that these munitions have plunged to an “uncomfortably low” level in the six months of war. The WSJ report also said that Pentagon “has been slow to replenish its arsenal”.

The defence officials now fear that the shortage could also severely impact the US Army’s readiness to tackle unexpected threats.

The 155mm ammunition can be fired from US-made M777 Howitzers and are able to accurately hit targets dozens of miles away. Till August 24, the US Army has provided 806,000 rounds of this ammunition to Ukraine, said WSJ.

The other weapons include rocket launchers (known as HIMARS), guns, drones, missiles and other equipment.

The package also included more surface-to-air missiles for defence against Russian aircraft and rockets, more Javelin anti-armour rockets, and other ammunition, according to a statement from the US Department of Defense.