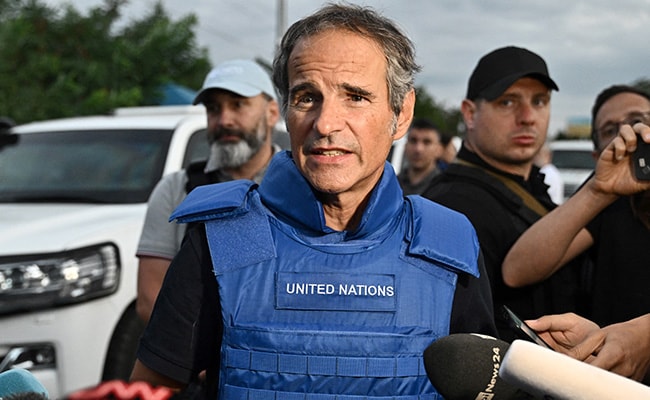 Rafael Grossi after his visit to the Russian-held Zaporizhzhia nuclear power plant on Thursday.

The Kremlin said today that it viewed the arrival of inspectors from the UN atomic agency at the Russian-controlled Zaporizhzhia nuclear plant in southern Ukraine as “very positive”.

“In general, we are very positive about the fact that, despite all the difficulties and problems… the commission arrived and started to work,” Kremlin spokesman Dmitry Peskov told reporters.

He added, however, that it was “too early” to evaluate the UN team’s work.

“The main thing is that the mission is there,” he said.

Kyiv and Moscow have blamed each other for repeated shelling of the plant that has raised fears of a possible nuclear incident.

Several members of the IAEA team remained at the plant after Thursday’s visit.