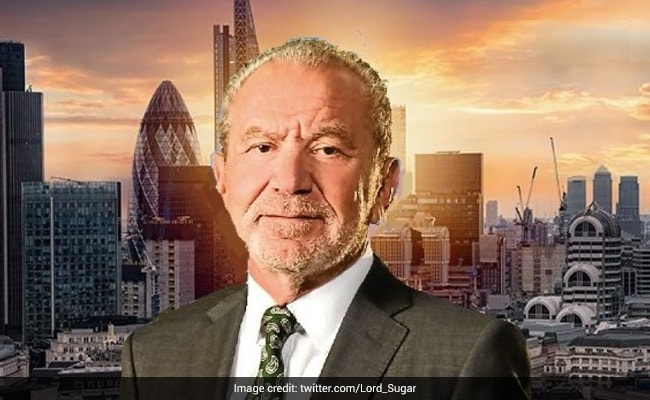 British billionaire Alan Sugar recently slammed people working from home and said that in his opinion they should be paid less than those who go to office. Mr Sugar is a TV personality, an author and a political adviser. He made the scathing comments on social media following a debate on the talk show ‘Good Morning Britain (GMB)’ about whether workers need to provide subsidies for working at home.

In a series of tweets, the business magnate strongly disagreed with GMB and claimed that remote workers were “watching golf and tennis at home” when they ought to be working. “Get them back to the office or fire them,” he wrote on social media.

Lazy gits watching golf and tennis at home while they supposed to be working. We the tax payer are paying the. Get them back to the office or fire them https://t.co/QkIg2r2IDL

The 72-year-old also argued that people working from home “should be paid less” because, according to him, they are saving money by not having commuting costs.

.@GMB are saying people who work from home should be paid more to keep warm as companies are saving money while the worker are away. RUBBISH they have to pay rent, heating and rates with or without a full work place. People should be paid less they are saving travel costs.

In another post, Mr Sugar described remote workers as “lazy gits” and said that they “like” the life created by the pandemic. “What about nurses,doctors, cleaners, restaurant staff, builders and decorators, taxi and truck drivers they cant work from home but provide the lazy gits a service,” he said.

A large percentage of people who work from home are lazy gits they got to like the life created by the pandemic. What about nurses,doctors, cleaners, restaurant staff, builders and decorators, taxi and truck drivers they cant work from home but provide the lazy gits a service.

Several internet users were quick to hit back at Mr Sugar. One person said that his claims were “absolutely insulting” to people working hard from home throughout the pandemic and beyond. Another slated Mr Sugar as a “dinosaur” and said, “it is amazing how far behind you are with current times, considering you are a billionaire”.

Also Read | A Man Named As A Finalist For ‘Women In Technology’ Award. Here’s Why

A third highlighted how the rules were different for the bosses and workers. “Lord Sugar doesn’t like people working from home while he works from home (well, his yacht),” the user said.

“What about the people who work from home who aren’t lazy gits and do hours upon hours of unpaid overtime because they’re dedicated to their jobs and believe since they’re saving time on travel they’ll do the extra work to help their company? Answer that one,” wrote fourth.

“Personally I hate working from home but it works for some, they can still do their jobs just as well and it takes cars off the road, making them safer and less polluting. Why is it such a big deal?” commented fifth.

Meanwhile, this comes amid a time when other business leaders have also made comments glorifying unhealthy work practices. Earlier this week, Shantanu Deshpande, the founder of Bombay Shaving Company, was slammed on social media after he asked young employees to “worship your work” and said work-life balance is not important in the early stages of one’s career.