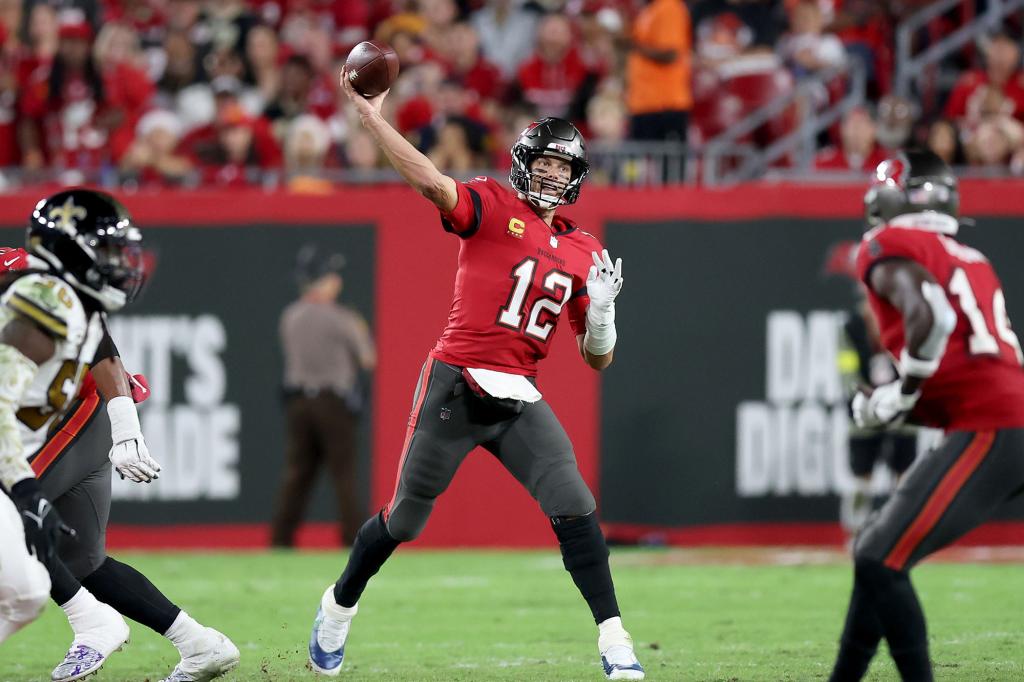 TAMPA, Fla. — Tom Brady threw a pair of touchdown passes in the final three minutes Monday night, helping the Tampa Bay Buccaneers rally from a 13-point deficit to beat the New Orleans Saints 17-16 and tighten their grip on first place in the weak NFC South.

The seven-time Super Bowl champion tossed a one-yard TD pass to rookie Cade Otton, finishing a 91-yard drive to pull within 16-10 with exactly three minutes remaining. He got the ball back with 2:29 to go, then won it with a 6-yard throw to another rookie, Rachaad White, with three seconds left.

Andy Dalton threw for 225 yards and a touchdown without an interception for New Orleans, but the Saints ultimately paid for having to settle for three field goals by Wil Lutz on drives deep into Bucs territory.

The Bucs (6-6) extended their division lead over the Atlanta Falcons to 1½ games. The last-place Saints (4-9) missed out on opportunity to pull into a tie for second with the Falcons. None of the four teams in the NFC South has a winning record.

Brady, who before the game exchanged greetings with the biggest prize on this winter’s baseball free agent market AL MVP Aaron Judge, finished 36 of 54 for 281 yards and two touchdowns. Brady was, however, caught on the television broadcast screaming in frustration on the sideline in the second half as the Buccaneers offense struggled for most of the game.

A week after being shutout for the first time in 332 games, the Saints built a 10-3 halftime lead on Dalton’s 30-yard scoring pass to Taysom Hill and a 38-yard field goal set up by just the third interception Brady has thrown all season.

Demario Davis’ pick was also only the eighth takeaway New Orleans defense — by far a league-low — in 13 games. Defensive end Cameron Jordan later forced a fumble that the Saints turned into a 12-play, 7-minute, 20-second drive that Lutz finished with a 21-yard field goal, making it 13-3 late in the third quarter.