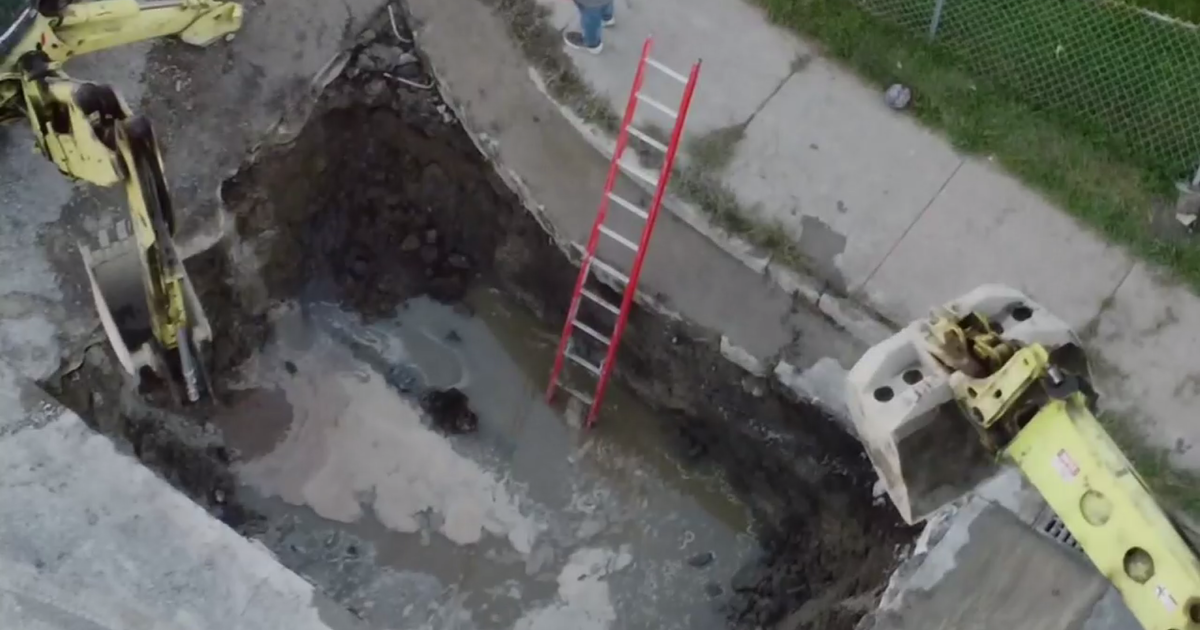 DIXMOOR, Ill. (CBS) — Three out of five broken water mains had been fixed in Dixmoor as Thursday, while two were left to go.

Officials of the water-troubled southern suburb said crews are out feverishly working to get the problems fixed.

We have learned it will take about $2 million to patch pipes on the north side of Dixmoor, and up to $20 million to $25 million to address the rest of the village.

Dixmoor Village President Fitzgerald Roberts has said federal funding is needed for the work. But he said questionable recordkeeping from the previous administration has prevented that from happening.

When the past administration left office, Roberts said there was no transfer of information. In fact, buildings were locked.

The feds need records and annual financial audits from at least the past five years in Dixmoor. Right now, those records and audits simply don’t exist.

The village president is insisting an investigation is needed.

Before the latest water main breaks CBS 2 reported on at least three others Dixmoor since October 21 of last year, which have caused significant issues for the community.

Last month, two water main breaks in Dixmoor shut off water service to the entire village for much of the day on July 21.

In early March, water also was shut off for several hours after another water main break.

Last October and November, water was shut off there for more than two weeks after a leak caused low water pressure – meaning people living there couldn’t shower, cook, or wash dishes or laundry. The crisis also led to school cancellations.

Roberts said there have been many more than that.