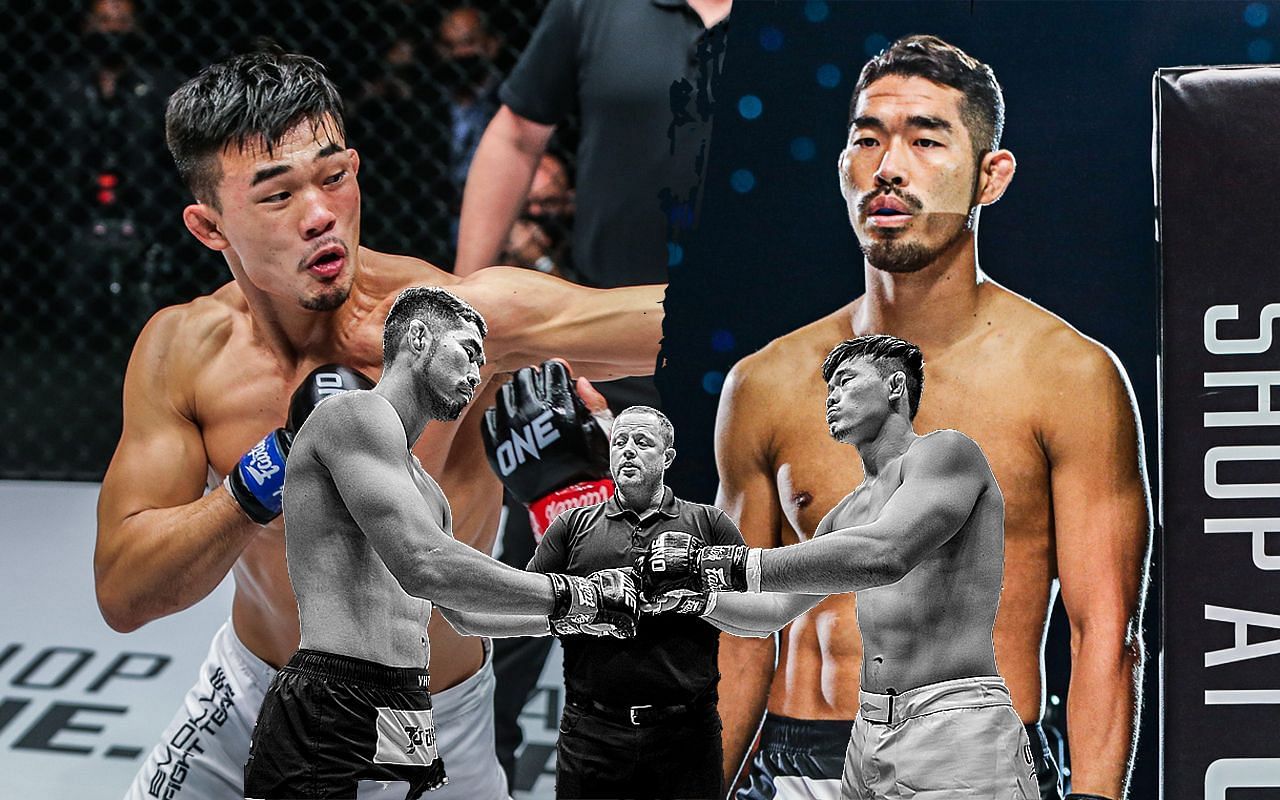 As far as ONE lightweight world champion Christian Lee is concerned, the chapter of his rivalry with Ok Rae Yoon has officially come to an end.

While the pair of fierce combatants technically own a win against each other, the 24-year-old Singaporean-American superstar feels no sense of urgency for a grudge match.

Christian Lee, after all, strongly believes he won both encounters against his former usurper.

‘The Warrior’ was out for redemption in his do-over against Ok in the main event of ONE 160 inside the Singapore Indoor Stadium last week. He destroyed the South Korean with a barrage of unforgiving knee strikes in round two and reclaimed his lost world title in the process.

The United MMA fighter feels like justice has now been served after he avenged arguably the most painful defeat of his career.

Christian Lee said in his ONE 160 post-fight interview:

“Absolutely. You know, this fight, this rematch was, you know, I said it in the weigh-ins, this was a continuation of our first fight. To me, the start of round one was the continuation, it was round six. So the only way this could have ended for good is to get a finish.”

The bad blood between the two began at ONE: Revolution last year, when they faced off against each other in an epic back-and-forth war for the 170-pound belt.

While it was a closely contested bout throughout the five rounds, Lee felt that he landed the more damaging strikes and even came close to ending the fight multiple times.

However, it was Ok who got his hand raised at the end of the night. Nearly a year later, Lee made sure to leave the judges out of it by finishing the Team Mad representative convincingly.

Lee, who improved his record to 16-4, continued:

Christian Lee will have no shortage of challengers

Christian Lee thinks a third match against Ok Rae Yoon is unnecessary and wants to open the door for other challengers.

The ONE lightweight division, after all, is stacked to the brim with talent right now and features a murderers’ row of worthy contenders.

Dagi Arslanaliev could be up for a rematch against Lee following an impressive TKO win over Timofey Nastykhin late last year. Khabib Nurmagomedov’s protégé Saygid Izagakhmaev is another viable option after the Russian’s stunning ONE debut.

Last but not least, a Christian Lee vs. Eddie Alvarez match-up is definitley on the list, even if ‘The Underground King’ is outside the top 5 lightweight rankings right now.

IND vs BAN: “We Should Not Repeat Our Mistakes”: Wasim Jaffer Looking For Consistency From Team India

US Institutional Investors Flocking Back To Bitcoin – Bottom In?

Bigg Boss Kannada: It Is A Family Reunion Week For Everyone