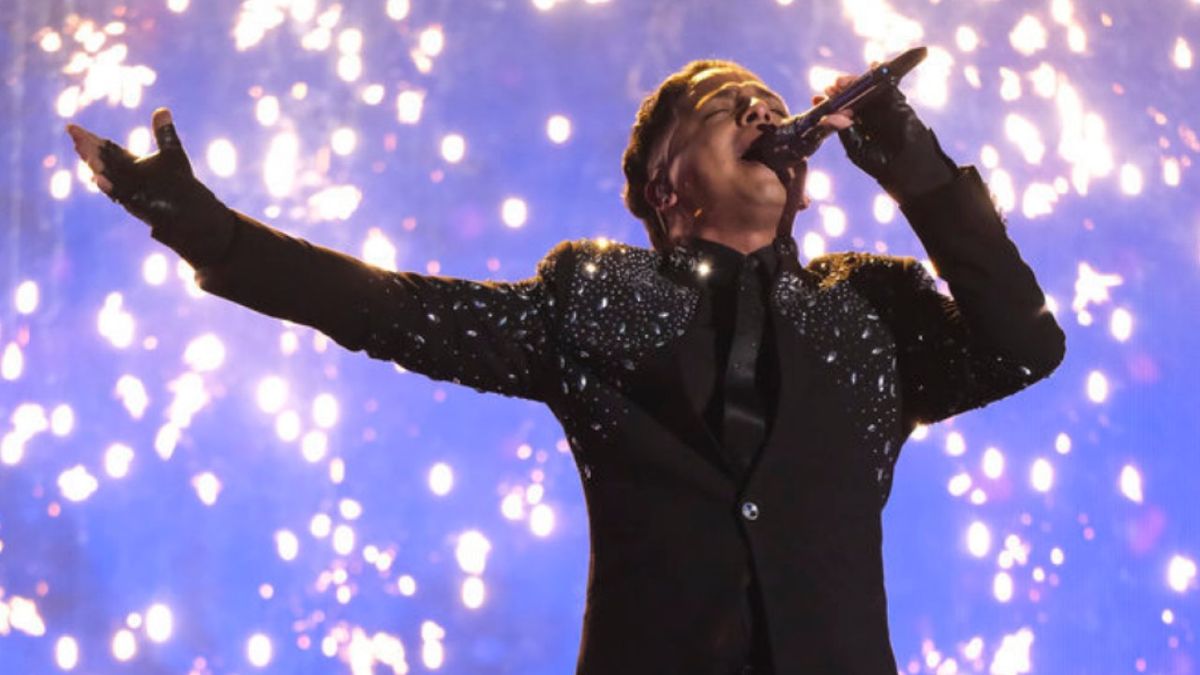 Spoiler alert: The story contains minor spoilers for the December 5 semifinals of The Voice Season 22.

The Top 8 of The Voice’s 22nd season performed in the semifinals on Monday night, but it seemed like someone forgot to tell the singers they had another week to go. Morgan Myles, Kim Cruse and Bodie were among the contestants who brought the coaches to their feet with performances that were worthy of a season finale, but it was Jose Omar Cardona who seemed to cause the most excitement. Cardona sang “My Heart Will Go On,” channeling his inner Celine Dion from an elevated stage, as sparks fell around him. All of The Voice coaches went ballistic, and Gwen Stefani even joked that he must have been lip syncing.

Omar Jose Cardona, a member of John Legend’s team, proved to his coach that Celine Dion wasn’t too big of an undertaking, when he crushed the famous Titanic anthem in the Season 22 semifinals. The 33-year-old from Orlando, Florida, stood high above the coaches and audience, as he belted the final note for an impressive 17 seconds (yes, I timed it). Gwen Stefani could do little more than laugh, as she jokingly accused him of not being real. She said:

It was incredible to be sure, but it was obvious by how out of breath the singer was as his stage was lowered back to ground level that there was no lip-syncing involved. Blake Shelton had a stunned reaction as well, imagining that Omar Jose Cardona had just blown the hair pieces right off of The Voice’s elderly audience members:

OK, I’m a little amused at soon-to-be-retired Blake Shelton’s mental picture of what his at-home audience looks like, but moving on. Nobody was prouder of Omar Jose Cardona than his coach John Legend, who — like Gwen Stefani — got a case of the giggles as he kept shouting, “Omar can do it!” He seemed over the moon about what had just transpired on stage, saying:

It was an impressive performance on a night full of great covers, including many of Whitney Houston’s classics to celebrate the upcoming movie I Wanna Dance With Somebody. Check out Omar Jose Cardona’s “My Heart Will Go On” below:

It may not have been the contestants’ last time on stage, but these are the songs that will determine which five artists make it to next week’s finale. The Voice returns at 8 p.m. ET on Tuesday, December 6 on NBC, where three artists will be eliminated, and as Blake Shelton’s penultimate season wraps up, be sure to peek at our 2023 TV schedule to see what other shows are coming in the new year.