The Spirit: What Went Wrong With the Sin City Follow-Up? 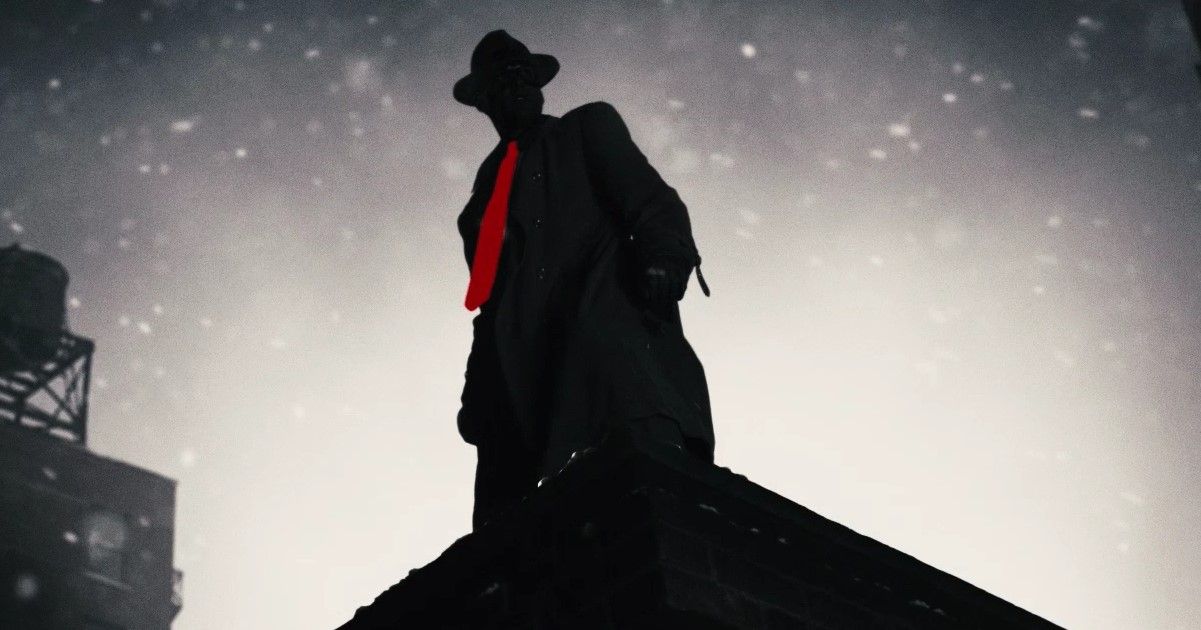 The Spirit was created by legendary cartoonist Will Eisner (for whom the comic book award The Eisner is named). The character debuted in 1940 in newspaper strips as a masked crime-fighting detective whose stories dabble in a variety of genres including horror, mystery, comedy, and romance. The character has been published by many different companies including DC Comics, IDW Publication, and Dynamite Entertainment.

The character was a major inspiration for writer Frank Miller, who drew inspiration from The Spirit and his adventures when he was working on Daredevil in the 1980s. The famed comic book writer signed on to direct the long-in-development movie based on The Spirit to honor Eisner, who he saw as a mentor. Two of Miller’s previous comics were adapted with Robert Rodriguez’s Sin City in 2005 and Zack Snyder’s 300 in 2007, which received positive reviews and were box office hits, meaning the name Frank Miller was hot in Hollywood.

Miller assembled an all-star cast that included Samuel L. Jackson, Evan Mendes, Scarlett Johannson, Jamie King, Paz Vega, Sarah Polley, Stana Katic, and Gabriel Macht in the title role, in what would hopefully make him a movie star. With an eye-popping teaser trailer, the movie seemed to be the next big comic book adaptation.

Then the film came out and audiences actually got to see it. The Spirit was released on Christmas Day 2008 and opened at number nine at the box office and was the only new release that day to not open in the top five. The movie went on to gross $19 million domestic and international for a worldwide box office of $39 million, not even close to its $60 million budget. It was torn apart by critics, where it received a 14% on Rotten Tomatoes. The Spirit was a bomb in multiple ways and to this day is regarded as one of the worst superhero movies ever made by those few who saw it.

How did it all go so wrong? How did this legacy comic book character, the pedigree of talent behind it, and all that potential turn out so bad? Here is the sad fate of The Spirit movie.

Frank Miller is Not a Director

One of the first major missteps is the fact that the movie is directed by Frank Miller, in his first full director debut. Miller is a renowned comic book writer and artist, but his Hollywood history was certainly not glowing as his two screenwriting credits were RoboCop 2 and RoboCop 3. While he did co-direct Sin City with Robert Rodriguez, it is unknown how much each man actually contributed to the finished product.

Related: The Earliest Superheroes: Should They Be Rebooted?The use of the CGI backdrops that brought his adaptation of 300 and Sin City to life was supposed to help him, giving him greater control over the look of the film and helping keep the budget down, but his inexperience as a director shows through in how he handled it, and Robert Rodriguez’s style and flare for action are certainly missing from The Spirit. The Spirit often looks like the work of a first-time director, who is trying to figure out how to make the movie as he goes. If The Spirit was so important to Miller, he should have done a few smaller pictures to get a better handle on a movie of this scale.

The Spirit is Filled with Many Frank Miller Clichés

While Frank Miller is a famous comic book writer and artist, by the time The Spirit was released his comic book career was in a point of decline. Long gone were the days of his critically acclaimed Elektra Saga storyline or his work on Batman in The Dark Knight Returns and Batman: Year One. By the 2000s he was known for poorly received comics like The Dark Knight Strikes Again, All-Star Batman and Robin, and the critically reviled and Islamophobic graphic novel Holy Terror.

Related: Best Movies Based on Frank Miller Comics, RankedThe Spirit is filled with many hallmarks of Miller’s style, from the overly done noir dialogue to the poverty and sexualization of female characters that either fall into one side of the Madonna-whore complex. In many ways, The Spirit plays like a parody of the work of Frank Miller, where it seems to want the audience to laugh at how absurd it is for the protagonist to overtly sexualize a city, yet the entire thing is played straight showcasing that by 2008, the writer was losing his touch.

The Spirit is Not Sin City

Frank Miller brought the style he defined in Sin City over to The Spirit, and while it certainly is admirable for an artist to take an iconic character and give it a unique spin interpreting it through their specific directorial lens (this worked out for Tim Burton’s Batman and Ang Lee’s Hulk much better), Miller instead tries to turn a character like The Spirit into Sin City, which makes it seem like a cheap copy of that title. Audiences didn’t want The Spirit looking like Sin City, they wanted Sin City 2 (though that film was released eight years too late, judging by the box office of Sin City: A Dame to Kill).

The Spirit Looked Worse By Comparison

The Spirit would have been bad in any year, but 2008 might have been the worst year for it to come out in terms of superhero movies. This was the same year that Iron Man and The Dark Knight were released, two movies that redefined the comic book superhero movie in ways that are still being felt to this day. Compared to those two films, which pushed the superhero movie forward The Spirit looked like a relic of the 90s, and belong more alongside films like The Phantom, The Shadow, and Barb Wire.

On top of that, there was also The Incredible Hulk, Hellboy 2: The Golden Army, and Hancock, which made The Spirit look cheap by comparison. Even in terms of December superhero movies that bombed at the box office, it was nowhere near as memorable, bloody, and entertaining as Punisher: War Zone which has gained a cult following in recent years. After a year of strong superhero movies, it is sad the final release of the year was such a down note, and The Spirit was a reminder of how bad comic book movies could be.