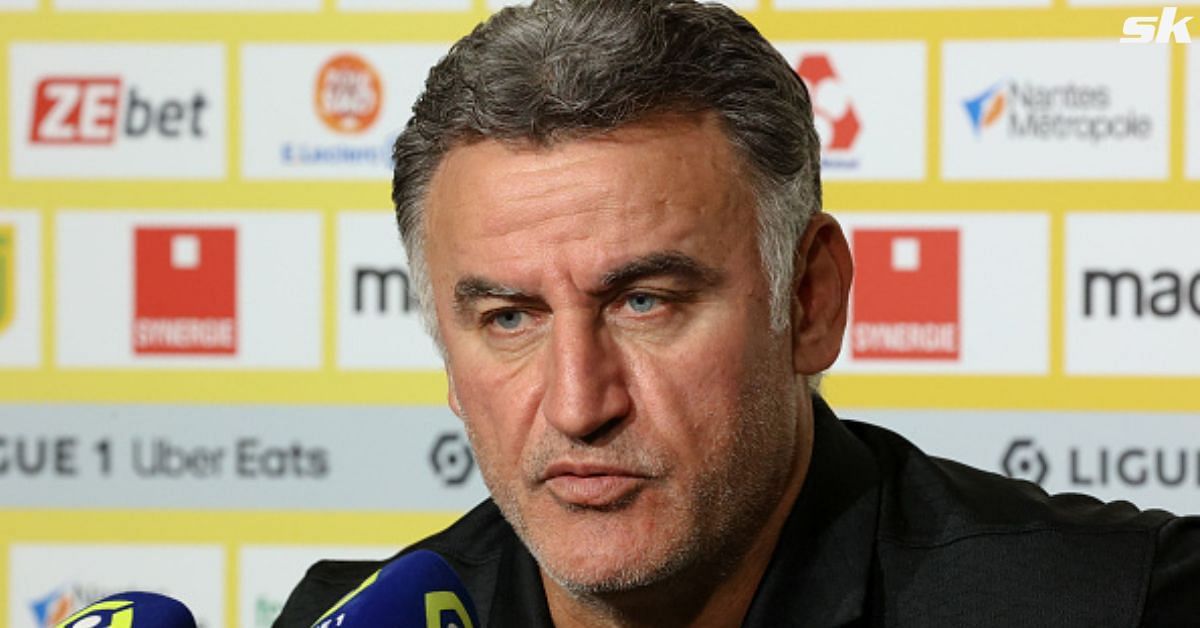 Skriniar, who is in the final year of his deal at the San Siro, has been a standout star for Inter since arriving from Sampdoria in 2017. The 27-year-old has helped the Nerazzuri win three trophies, including the 2020-21 Serie A.

PSG identified Skriniar as their top defensive target earlier this summer but eventually failed to lure him away from Inter. Meanwhile, the player is expected to be offered a contract extension till 2027 by the Nerazzurri (via Nicolo Schira).

Inter CEO Marotta on Milan Škriniar deal with PSG: “Our owners have been very clear: they’ve rejected all the proposals for Škriniar”. 🚨🔵 #PSG #Inter“They have been strong again on the position: Škriniar was untouchable”. https://t.co/o0lMzutOXg

Following the 3-0 win at Nantes on Saturday, Galtier revealed the reason behind the Parisians’ failure to acquire the Slovak. He said in the press conference (via Culture PSG):

“We have suffered a lot of departures, loans. Of course, Milan Skriniar was a player we identified. We thought we were close to an agreement at one point, but the prices went up as time went on.”

“I can understand our president, because paying such a transfer amount for a player at the end of the contract in a year is huge. I am in constant contact with my president and Luis Campos.”

Although the Ligue 1 winners’ bid of over €60 million for Skriniar was rejected, the club are expected to renew their interest in the towering centre-back in the winter , according to GOAL. The Nerazzuri could be keen to offload him if he doesn’t agree an extension by then.

Skriniar has registered 11 goals and four assists in 220 appearances across competitions for Inter. He has started all five Serie A games for them this season.

Meanwhile, the Parisians have made seven additions to their squad this summer. They signed Vitinha, Fabian Ruiz, Renato Sanches, Carlos Soler, Nuno Mendes, Nordi Mukiele for a combined sum of around €147 million. Hugo Ekitike joined them on a season-long loan from Reims with an obligation to buy next summer.

PSG are atop the Ligue 1 standings with 16 points from six games following their win at Nantes. The Parisians’ 24 goals after six games is the joint-most by a top-flight team in Europe’s top-five leagues this century.

That is the number of goals scored by the Parisians after the first 6 matches in #Ligue1 22/23, equaling the record for goals scored by a team from the 5 major leagues at this stage of a season in the 21st century!

⚽️ 𝟐𝟒 ⚽️That is the number of goals scored by the Parisians after the first 6 matches in #Ligue1 22/23, equaling the record for goals scored by a team from the 5 major leagues at this stage of a season in the 21st century! https://t.co/QB0lxpB8cr

Meanwhile, Galtier’s side will next face Juventus at the Parc des Princes in their UEFA Champions League Group H opener on Tuesday (September 6).

In the absence of a new centre-back, Galtier has opted to use defensive midfielder Danilo Pereira in a makeshift role.

During their 3-0 win against Toulouse on August 31, Pereira started as one of the three centre-backs alongside Marquinhos and Sergio Ramos in a 3-4-2-1 formation. On Saturday (September 3), the Portuguese again featured in a back-three.

IPL 2023 Auction: “That’s Where You Have Your Off-season” – Glenn McGrath Reacts To Pat Cummins’ Decision To Skip IPL

Quick Shifts: Mitch Marner is soaring through the scrutiny

Ahead of Argentina, Mexico World Cup match, fire breaks out near stadium