The pope apologised for residential school abuses. What next?

Warning: The story below contains details of residential schools that may be upsetting. Canada’s Indian Residential School Survivors and Family Crisis Line is available 24 hours a day at 1-866-925-4419.

Canada – Less than a week ago, Pope Francis apologised for the “deplorable” abuses that members of the Roman Catholic Church committed at residential schools that Indigenous children were forced to attend across Canada for decades.

The apology was historic and welcomed by many, but survivors of the forced-assimilation institutions and other Indigenous leaders say tangible action is needed to truly grapple with the Catholic Church’s role in what occurred.

“There is still much work [to be done],” said Gerald Antoine, who led an Assembly of First Nations delegation that travelled to Rome late last month to meet the pope to discuss the effect of residential schools and demand an apology.

Antoine said the church must admit to its role in the genocide that was committed as a result of the Doctrine of Discovery, a concept (PDF) that originated in the Papal Bulls of the 1400s and was used to justify the colonial dispossession of sovereign Indigenous nations.

“In respect of the spirit of this journey for the requested pardon [from the church], it will require the full acknowledgement and the rescinding of the seed that resulted in the coordinated efforts by the state, the church and the police services … in implementing these destructive and vicious processes,” Antoine said.

The federally funded institutions operated from the late 1800s until 1997 with the goal of forcibly assimilating Indigenous children into the mainstream European culture – a goal that a federal commission of inquiry said amounted to “cultural genocide”. More than 150,000 Indigenous children from across the country attended the schools and experienced physical, sexual, emotional, verbal and spiritual abuse. Thousands died while in attendance.

“I feel sorrow and shame for the role that a number of Catholics, particularly those with educational responsibilities, have had in all these things that wounded you, the abuses you suffered and the lack of respect shown for your identity, your culture and even your spiritual values,” the pope told the Indigenous delegates in Rome on April 1.

“For the deplorable conduct of these members of the Catholic Church, I ask for God’s forgiveness and I want to say to you with all my heart, I am very sorry. And I join my brothers, Canadian bishops, in asking your pardon.”

But Niigaan Sinclair, a professor of Native Studies at the University of Manitoba, called the pope’s apology an “empty gesture” without follow-up action, including paying the tens of millions it owes under the Indian Residential Schools Settlement Agreement, a landmark class-action settlement reached in 2006 between the Canadian government, churches and residential school survivors.

Sinclair also told the Aboriginal Peoples Television Network that the church must return stolen land; release documents and stolen Indigenous artefacts in its possession, and commit to a large-scale investigation into past and present church abuses.

That was echoed by Cindy Blackstock, a longtime advocate for Indigenous children, who said the church needs to change its behaviour in order to prevent similar abuses like those that occurred at residential schools from happening again.

“What is the church actually going to do to reform itself so that it doesn’t do this type of systematic harm to children going forward?” she said in an interview with the Ottawa Citizen newspaper after the pope’s apology in the Italian capital.

“So, what I really want to see from the church is that kind of inward-looking reform to actually change the process before they ask for forgiveness, and there’s no sign of that. And honour these children who have suffered or lost their lives. At a minimum, they deserve that their memories help protect other children going forward.”

Meanwhile, residential school survivors as well as intergenerational survivors – the children, grandchildren and other relatives of those forced to attend the institutions – need support for ongoing trauma and the healing process, said Angela White, executive director of the Indian Residential School Survivors Society (IRSSS), based in Vancouver, British Columbia.

“Part of that atonement is to try and build back everything that was torn down – the language, the internalised self-hatred and questioning of who you are – and denouncing the violence that takes place in our homes because of these residential schools,” White told Al Jazeera.

White said the money the Catholic Church owes as part of the Indian Residential Schools Settlement Agreement would go a long way to advancing that work.

The Catholic Church pledged $24m (30 million Canadian dollars) during that landmark deal, but nearly two decades later it has still not been paid – and Indigenous leaders say that with interest, the sum now is closer to $48m (60 million Canadian dollars). CBC News reported last year that the church spent millions of dollars that were supposed to go to residential school survivors on “lawyers, administration, a private fundraising company and unapproved loans”.

The Canadian Conference of Catholic Bishops (CCCB) last year also announced a five-year, $24m ($30 million Canadian dollars) fundraiser to help support healing and reconciliation programmes for residential school survivors. But CBC reported in December that the campaign had not begun; an official with the group told the public broadcaster that they were still working on a detailed plan.

“[Our people need help] so they can stop surviving and start living,” White told Al Jazeera, adding that the wounds caused by the loss of culture, language and tradition at residential schools and the recent discoveries of unmarked graves of children who died there are still fresh.

“If we don’t have the support systems like IRSSS and other organisations across this country, that apology really does mean nothing.”

Indigenous leaders also have said the Pope’s apology will not hold full merit until it is delivered on Indigenous lands. The Pope told the First Nations, Metis and Inuit delegates in Rome last Friday that he plans to visit them in Canada in July.

Metis National Council President Cassidy Caron said the Metis are anticipating his arrival and that it will be “incredibly meaningful” for survivors. “We look forward to when the pope visits and delivers a similar, if not stronger, message when he does arrive in our communities,” she said.

Ultimately, reconciliation is a community effort involving more than the church, said Chief Antoine, who invited all Canadians to work together towards reconciliation.

“Allies, we call on you to support and assist in our recovery, in our restoration and rebuilding of our family,” Antoine said.

“It will also include the involvement of all former students of these genocidal institutions, the guidance of our knowledge keepers, the direction of our leadership and the inspirational expertise of our children to ensure that the spirit and intent of reconciliation reflects the truthful processes that are needed to support and assist the original nation of families’ recovery, restoration and rebuilding.” 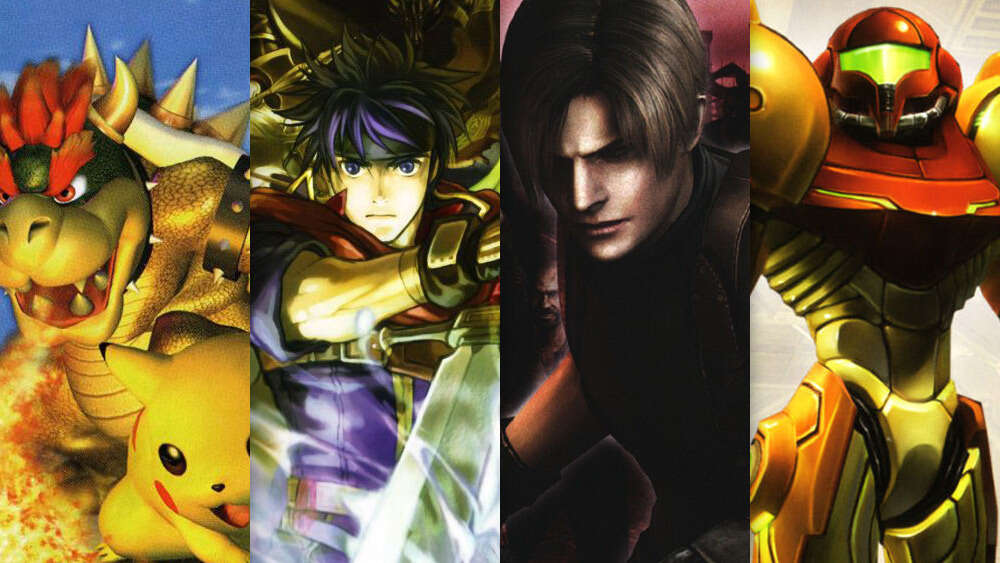 Next Article 10 Best GameCube Games Of All Time

There was a crowd of 19,187 at Madison Square Garden in New York – the first time a female fight had headlined the venue Katie […]

Coronavirus Vaccine: The vaccine will be efficient against Omicron strain, Sputnik said. Moscow: Russian Health Ministry has registered the nasal version of Sputnik V, the […]

Yachts owned by Russia’s richest have been seized by various nations Moscow: A luxury superyacht owned by Russian billionaire Roman Abramovich has docked in Turkey, […]