The Lord of The Rings The Rings of Power review: Awe-inspiring show isn’t meant for casual viewers 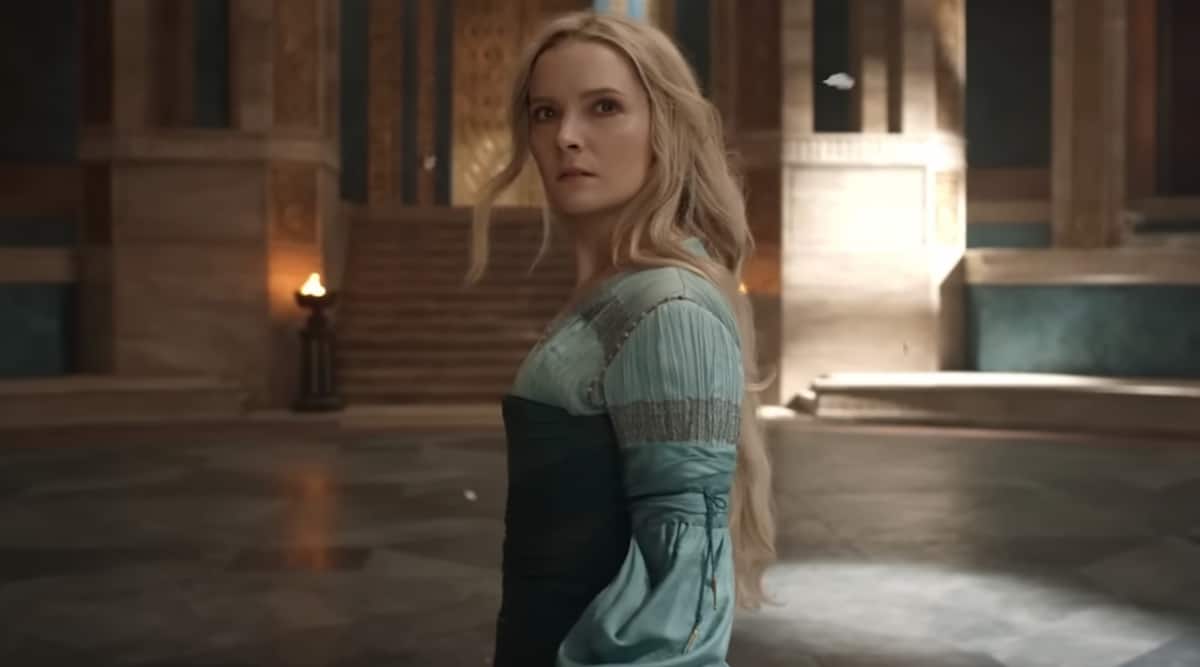 It’s been almost 20 years since the Lord of the Rings movies gave the audience their first taste of fantastical adventure. A lot has changed since then — such films can now be made entirely on a green screen, and watching a spectacle in a movie theatre also doesn’t hold up the same way anymore. In an era where everyone seems to be asking if theatres can survive, Amazon has the perfect response in form of its web series Lord of the Rings web series The Rings of Power. The first two episodes of the series were made available for the purpose of this review and let’s just start by saying that watching big-screen spectacle on your humble home screens does not disappoint one bit.

When it was announced, The Rings of Power was projected as the streamer’s answer to HBO’s Game of Thrones, which eventually became the most-viewed show in the world, so of course, they were inviting comparison. The biggest point of comparison, that has now become a staple in this genre of television, is the humungous scale of the show. It’s fantastic to watch the cave cities of the dwarves ‘Khazad-dûm’, and the never-ending sense of the Sundering Seas so my humble suggestion would be – watch it on the biggest screen that you have and not on your phone. A lot of effort (and money) has been poured into the creation of this world that one might feel like they are missing out plenty as a casual viewer. It demands undivided attention and anything less than that could end up making you feel lost.

The Rings of Power is set during the Second Age and for those who aren’t very familiar with what that is, know that the timeline here is set thousands of years before the original trilogy. Galadriel and Elrond, who played significant roles in the movies, are key characters here. The show unfolds in various locations and it does a fine job at introducing the main characters, their immediate worries, and the big obstacle they are facing, but like a lot of LOTR content, it can get a little overwhelming with its jargon. The Rings of Power understands that not everyone might be familiar with the source material so it tries to give you short lessons as it introduces the different worlds. However, despite that, you could feel a little overwhelmed from time to time, especially if you have no background of the books or the movies.

Minus the jargon, the plot is as simple as it could be. The threat of the enemy ‘Sauron’ is looming upon the people and Morfydd Clark’s Galadriel (played by Cate Blanchett in the movies) has vowed to put an end to it. The rings that caused the never-ending battles in the original trilogy are yet to be forged and the different creatures inhabiting the Middle-earth are not at war with each other yet. The times are peaceful but not for long.

The show gives a different personality to each of its worlds. The Harfoots are the humble people of the ground, and the elves are the saviours with a bit of a superiority complex; the dwarves are aware of their powers and the humans are just distrusting. Most characters are introduced in duos that also gives them a chance to dabble with humour, love, and pathos.

A look at Khazad-dûm from The Rings of Power trailer.

The show’s cast kept expanding for the first two episodes and it appears that more characters are yet to become a part of this world. The performances are impressive but as it happens in these shows, one often gets emotionally invested in a duo’s relationship and after that point, it is wholly about their chemistry. So far, Nazanin Boniadi’s Bronwyn and Ismael Cruz Cordova’s Arondir are acing that game.

The Rings of Power knows that a large part of its audience are the loyal fans who are familiar with the appendices of the LOTR books, which is the base for this show. This section of the audience has watched every film multiple times and can give you a lesson or two in Elvish. But, it is yet to be seen if they can get the rest of the world on board, especially since the GoT franchise is in direct competition with it this time around. And there are big bucks, and bigger stakes at play.