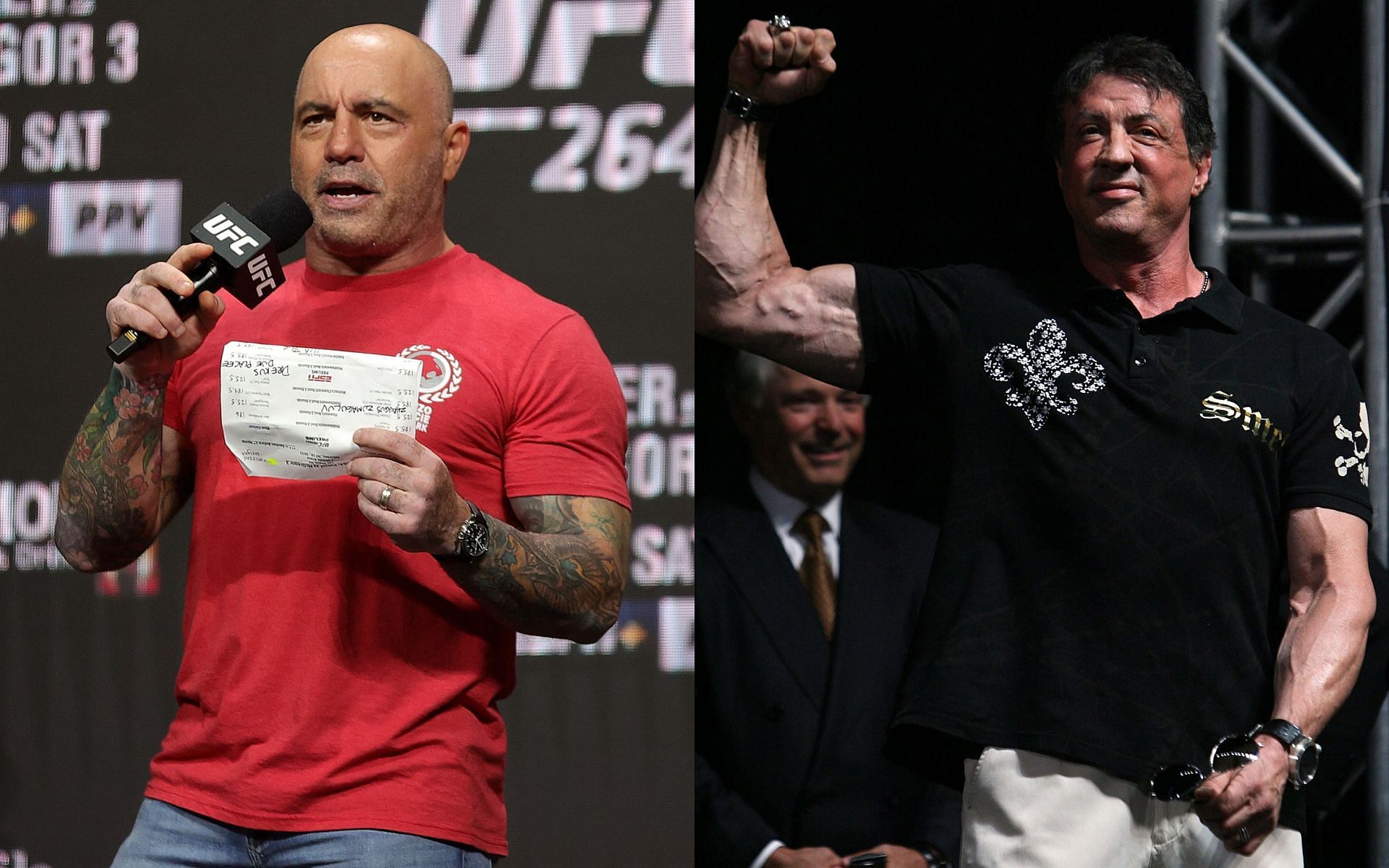 During episode #1166 of The Joe Rogan Experience (JRE), Rogan praised Rocky star Sylvester Stallone for his impressive physique. Even in his 70s, the action star still seems to be in tremendous shape.

During the podcast, the UFC commentator stated that Stallone was compelling as an action star, even in his 70s because he had a physique to match the roles he was playing:

“How crazy is that the guy [Stallone] is doing The Expendables as a f*****g action star? He is in his 70s. Who the f**k in their 70s is believable in an action role? There are these guys that like beat people up in movies… suspension of disbelief, I’ll let it slide. But when you see him [Stallone] doing it you are like, I kind of believe it, the guy is still jacked.”

Watch Joe Rogan praise Sylvester Stallone for his physique below:

The 76-year-old was last seen in the 2022 superhero action movie, Samaritan.

According to IMDB, the Rambo star will also feature in the upcoming TV series Tulsa King, The Expendables 4 and The Guardians of the Galaxy vol. 3.

Joe Rogan recalls wanting to be a fighter because of Rocky

During episode #1268 of JRE, Joe Rogan told his guest Ron White that the original Rocky film starring Sylvester Stallone inspired him to try and become a fighter.

The 55-year-old stated that he even started drinking raw eggs, much like Rocky did in the film. The comedian also revealed that he in fact told Stallone how much the movie inspired him:

“Dude when Rocky came out I think I was seven. And I drank raw eggs and ran around the block and I told Sylvester Stallone that. I one hundred percent did. I was like holy s**t I want to be a fighter. I started drinking raw eggs and running. I never ran [before that], I was seven years old… But I remember it, when it came out. I’ve never been more inspired for something in my life. That movie changed the world.”

Watch Rogan speak about how Rocky inspired him to be a fighter below:

Interestingly, Joe Rogan is far from the only one who holds the film in high regard. Rocky was also a big hit among film critics. The highly acclaimed film has won many awards, including the 1997 Oscars for best film, best direction and best film editing.

How to get inventory upgrades in The Callisto Protocol