Matt Heineman made another daring and awards-worthy documentary with “Retrograde.” Now if he could just stop putting himself in harm’s way.

Matt Heineman likes risk. The documentarian donned protective gear to film inside overwhelmed Long Island COVID wards for 2021’s “The First Wave,” embedded himself with gangs and corrupt police in Mexico for the Oscar-nominated 2016 documentary “Cartel Land,” and shot inside war-torn Syria for “City of Ghosts.” For his latest, “Retrograde,” which chronicles the last nine months of the 20-year U.S. war in Afghanistan, Heineman was lucky to survive.

An extraordinary record of Afghanistan’s fall after the American withdrawal, “Retrograde” launched in Telluride, was nominated for Best Political Documentary at the Critics’ Choice Documentary Awards, and won the Producing Award at DOC NYC Feature. It also appears on the festival’s often Oscar-predictive Short List.

What lures Heineman to these dangerous situations? “I feel this enormous responsibility to tackle these issues,” said Heineman on a recent Zoom call with IndieWire. “Throughout my career I felt this way, to take on these large, amorphous subjects and try to humanize them. I’m trying to move away from that work, but I continue to be drawn to it. It is a struggle.”

Five years ago, Heineman started asking a big question: Why do we fight wars? He explored different military connections: The Army Rangers proved a dead end but he found producer Caitlin McNally, who had been working with the Green Berets and lined up Pentagon approval. By the time that happened, America was preparing to exit Afghanistan. Two months after the film crew landed in Afghanistan, President Biden pulled out the troops.

Heineman didn’t know what to do. “I have no film here,” he said. “We’d been shooting for two months, and there’s no real arc to what’s happening.”

The filmmakers decided that Afghan General Sadat could emerge as a central character, and he agreed to cooperate. “We completely pivoted the film to focus on on him and look at the end of the war through his eyes,” Heineman said.

Sadat is intense but vulnerable, powerful but lonely. He feels the weight of the world as the U.S. begins to withdraw, leaving the Afghan Army in charge of fighting the Taliban. In one masterful shot, Heineman filmed Sadat in the bathroom one morning brushing his teeth and shaving — drawing blood.

“It’s a rare window into war, to be with the general with that much power and to be that intimate with him,” said Heineman. “Most people in the military are extremely closed, unemotional. Especially when it’s at that level, you’re never in a bedroom or a bathroom with them. He shaves and he brushes his teeth like he fights a war. It was almost preposterous how intensely he shaved his face and how intensely he brushed his teeth and how intensely he ties his shoes. But he’s also a very quiet man, a very soft-spoken man. I just found him deeply fascinating.”

In one sequence, Heineman follows Sadat as he dons a bulletproof vest and emerges on the parapet to gaze at a nearby battle. As sniper bullets fly over their heads, Sadat told the filmmaker, “We gotta go fast!” and ran back inside. “I’m sitting there with my camera equipment, with like 30 pounds of gear on me,” said Heineman. “I hadn’t eaten all day. I was delirious. And I was like, ‘I’m not gonna die from a sniper. I’m gonna die from falling off this wall!’”

Another night, Heineman found himself in a helicopter under heavy fire. “Part of my goal is to become part of the fabric of the daily lives of my participants,” he said. “I didn’t particularly want to get shot at, but it was important to me to show what the Afghan army was doing to try to save their country, so this mission was really, really, really important. I kept going on these flights, night after night. They kept getting delayed.

“By the time we ended up flying, the Taliban knew that we were coming and so it was a very high likelihood that we were gonna get shot at,” he said. “That’s what ended up happening. We descended down to this small little base and I can’t hear anything because it’s extraordinarily loud. All I knew is that the helicopter started to weave to avoid getting hit by these rockets and they are obviously returning fire. And yeah, it was terrifying. Also having zero agency, it’s pitch black, I’m shooting with night vision.

“At that point, I was just trying to not die,” he said. “And also make sure that I was recording this properly.”

Accompanying Heineman were veteran combat cinematographers Timothy Grucza and Olivier Sarbil. “They have spent most of their careers in war zones,” said Heineman. “Olivier was was blown up in Libya. He’s missing a finger. They’ve both been through a lot in their careers and in their lives. We all shot this film together.”

In mid-August 2021, the filmmakers estimated there were four to six more months left in the war. They headed back to Kabul to rejoin General Sadat and film his final stand against the Taliban. When they tried to land in Kabul, they saw a plane on the tarmac. “Everyone on the flight, ping, ping, their phones are going off,” he said. “The Taliban had taken over Kabul and the plane on the tarmac was the president fleeing. So the pilot started to circle and circle and was too scared to land. And we go back to Dubai.” 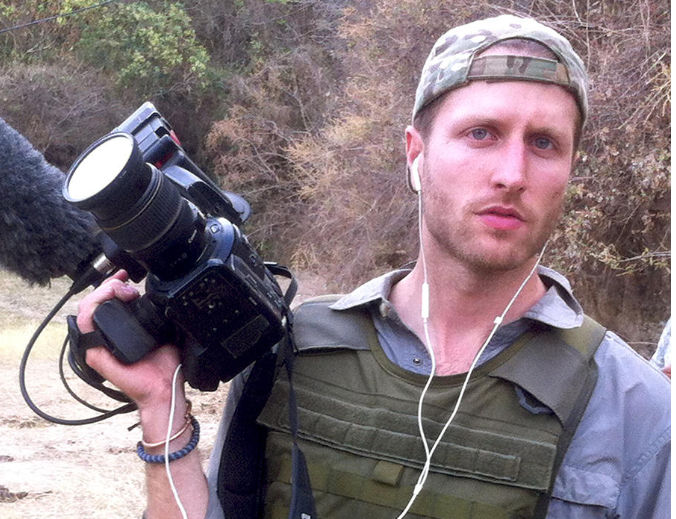 At that moment, Heineman believed “this is the greatest journalistic and filmmaking failure of my entire career,” he said. “I was hating myself. All the ‘What ifs?’ What if: We got an earlier flight, what if, fill in the blank. I just was killing myself. Our main character that we’ve been following for months was at the center of this historic, tragic day and we’re stuck in an airport in fucking Dubai. No one knew what was gonna happen. We spent every waking hour for the next [four] days figuring out how to sneak back into the country, but our main character had left. He had to flee.”

As usual, every failure is an opportunity. Heineman decided to “open up the aperture of the film to see the civilians that [Sadat] had been fighting for, that the Americans have been fighting for.” These were the many “friendlies” to the Afghans and the Americans — people who would be killed if they didn’t find a way to get out of the country. Heineman decided to take his cameras “outside the wire” and go beyond the airport gates to film the mass of humanity struggling to get in. He didn’t know if they’d be able to get back into the airport, much less get on a plane, and had no sense of the city’s security.

One of the first things the filmmakers heard about was a Taliban meeting; unbelievably, they knocked on the door of Taliban headquarters and asked to film. More unbelievable: The Taliban agreed. “It was an extremely surreal experience having this antagonist for the past 20 years,” said Heineman. “I’ve been hearing about the Taliban, I’ve been shot at by the Taliban, and to be in this room on stage with them was very surreal.” 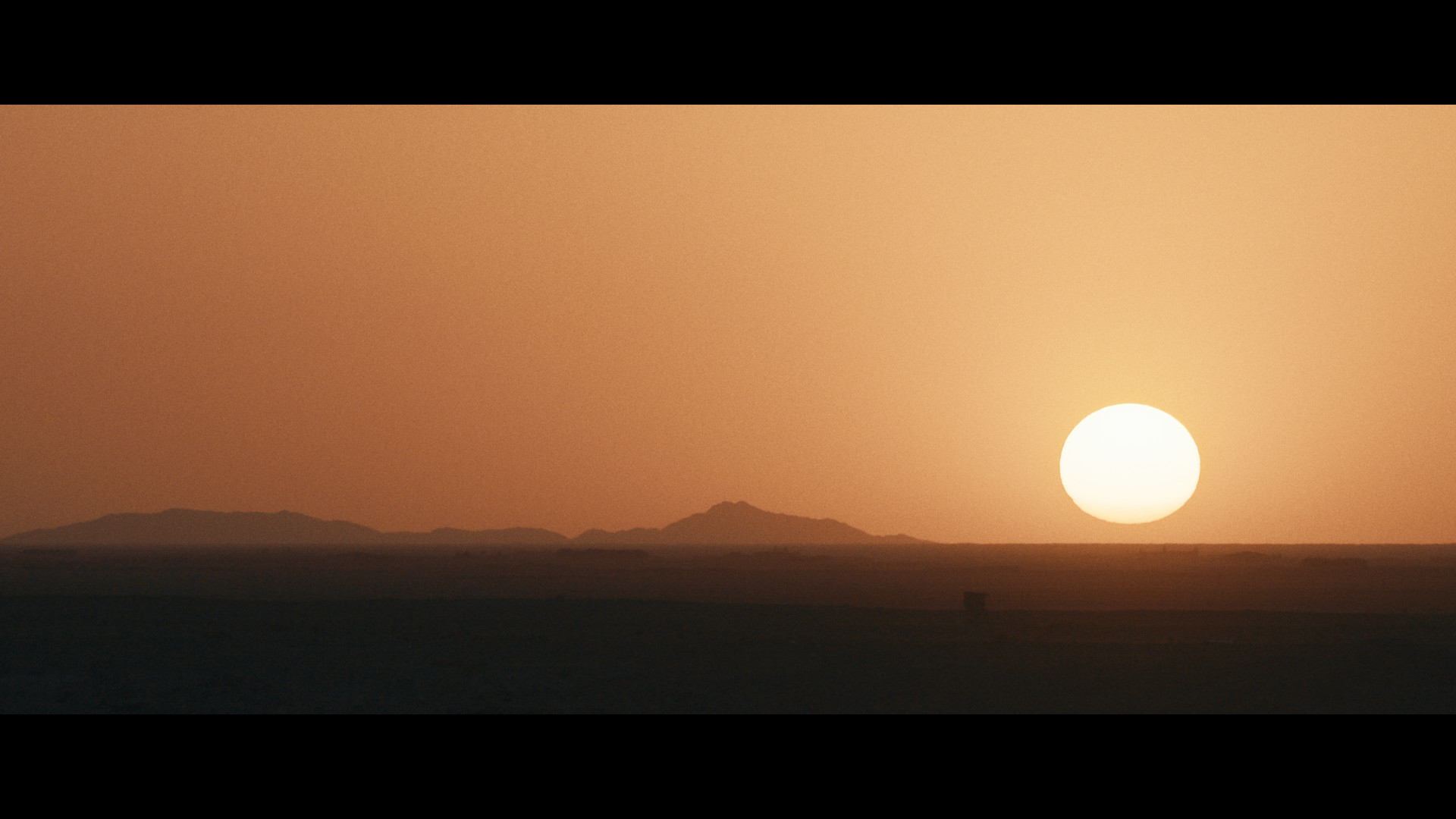 After that, the filmmakers filmed the chaotic scene that opens the movie at the Kabul airport gates, “the unbelievable tragedy playing out with all the gunfire,” said Heineman. “I thought that was Taliban and I didn’t know what was happening. Right away, somebody grabbed me and pulled me and he says in broken English, ‘Come with me.’ He pulls me into this alleyway. Then this big, burly American voice says, ‘What are you doing, you’re gonna get yourself killed’ and steps out into the light like a movie moment. “You’re gonna die out there. What are you doing?’ I said, ‘Look, this is my job. This is what I do for a living. I’m just trying to capture this moment.’ He said, ‘You’re an idiot.’ Then it went from an antagonistic conversation to a friendly conversation. He said, ‘Here’s my cell phone. We’re closing this gate tomorrow at X time, be back here.’”

That’s how Heineman not only got through but also was able to get his Afghan field producers and translators through that gate under gunfire. “It was a crazy, crazy, crazy, crazy scene,” he said. “And then they were on a plane three hours later.”

Inside the wire, Heineman and his team filmed the horrifying “Sophie’s Choice” moments at the Abbey Gate as young soldiers made decisions about who to let in and keep out. “I’ve cried a lot in the films I’ve made, at festivals, on airplanes, and in the edit room,” said Heineman. “But I’ve never cried while filming. It was something that I never, ever experienced, a tragedy on that level, and just constantly wiping tears out of my eyes and wiping the lens clean. It kept steaming up. To see thousands of people desperately trying to flee what they knew was about to happen. I’m trying not to cry, as the Taliban was sitting 100 yards away at gunpoint watching us, as ISIS was circling around in suicide vests waiting to attack — which happened 12 hours later in that exact spot where we were standing. And just all I could think about was, ‘Oh, what have we done?’”

He could have created a series: Heineman returned to the editing room with 1,300 hours of footage. Instead, he edited the story to 94 taut minutes.

“I do, in some sense, feel like my whole entire career built to this moment,” said Heineman. “I felt that pressure. I felt like everything I learned about being in danger, about filmmaking, about storytelling, led me to this moment. I felt just an enormous responsibility to document this moment in history… This certainly was the hardest film I made, emotionally, logistically, physically, and mentally. I still have nightmares often.”

Heineman’s family is relieved when a project does not involve danger, such as his 2021 two-part HBO Tiger Woods documentary “Tiger,” which he co-directed with Matthew Hamachek. “I’m recovering,” said Heineman. “I’ve been making a film about the artist Jon Batiste for the past couple months.”

Word is Heineman may turn back to fiction after his well-reviewed “A Private War,” starring Rosamund Pike as war correspondent Marie Colvin. “The dream is to do both, to go back and forth, hopefully. But it’s been an intense couple years for sure.”

And yes, he’s seeing a therapist. “It certainly has had a profound impact on me, the accumulation of every one of these films,” he said. “Yeah, I feel burned out. That’s on one hand. On the other hand, I also feel obviously extremely lucky, I’m able to come home and live in New York City. I’m able to live in a free society.”

“Retrograde” will air on the National Geographic Channel on Thursday, December 8, with a streaming release to follow on Disney+ in the U.S. on Friday, December 9, and on Hulu on Sunday, December 11.