The Cannabis Industry Could Use Some Crypto After Being Snubbed By Banks | Bitcoinist.com 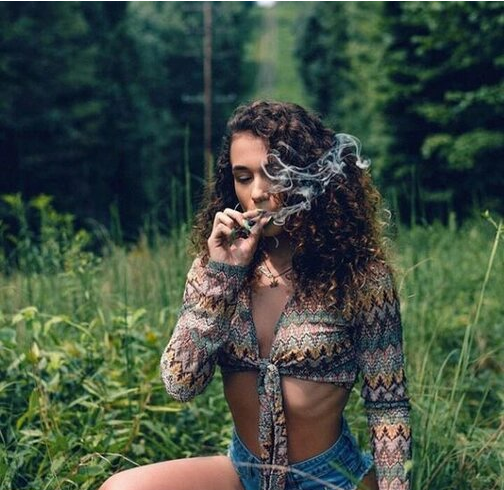 Cannabis and bitcoin is a tale as old as the cryptocurrency industry. These two have crossed paths not long ago. And they share things in common.

During its heyday, Silk Road, a popular website for the drug and other illicit trade, utilized Bitcoin as its currency. The cannabis black market industry has also been involved in this.

With the passage of time, Bitcoin and marijuana once again crossed paths. However, the relationship between the banking system and the weed business is overwhelmingly unfavorable, not because of illegal market transactions.

Cannabis, sometimes referred to as marijuana, has been legalized in over 19 U.S. states for recreational use and in 37 states with a doctor’s approval for medical use. In contrast, the federal side of things is a whole different scenario.

Marijuana is classified as a Schedule 1 drug. This renders marijuana a severely prohibited substance that can result in prison time. This classification makes doing business with the marijuana industry challenging from a banking perspective.

Cannabis And Crypto In The Same Dilemma

This is when crypto can be useful. Cryptocurrency and cannabis are believed to be in the same regulatory gray area. Cryptocurrency can be an ad hoc alternative for industries reliant on cash.

This is to protect personnel and customers from potential danger in light of recent reports of robberies at marijuana dispensaries.

As U.S. Senator Patty Murray put it, “it makes absolutely no sense that legal businesses are being compelled to function exclusively in cash, and it’s risky — and often dangerous for people behind the register.

Since cryptocurrency became widely used, there has been a rise in the development of related financial technology. In order to replace the current cash-based structure of the cannabis sector, crypto would enable crypto to cash payment mechanisms, which would reduce the likelihood of violent robberies.

Developing The Cannabis And Crypto Industry

But this is just a temporary solution to ensure the security of customers and staff. If passed, the SAFE Financial Act will harmonize federal and state regulations on the use of the banking system by legitimate marijuana businesses.

As a result of this legislation, federal officials can no longer forbid financial institutions from working with the cannabis industry.

This legislation would not only ensure the safety of those employed in the cannabis industry, but it would also aid in the development of the currently embryonic sector.

Despite 2 Entities Holding 73% of the FTX Token Supply, FTT Price Still Holds Above $1 per Unit – Markets and Prices Bitcoin News