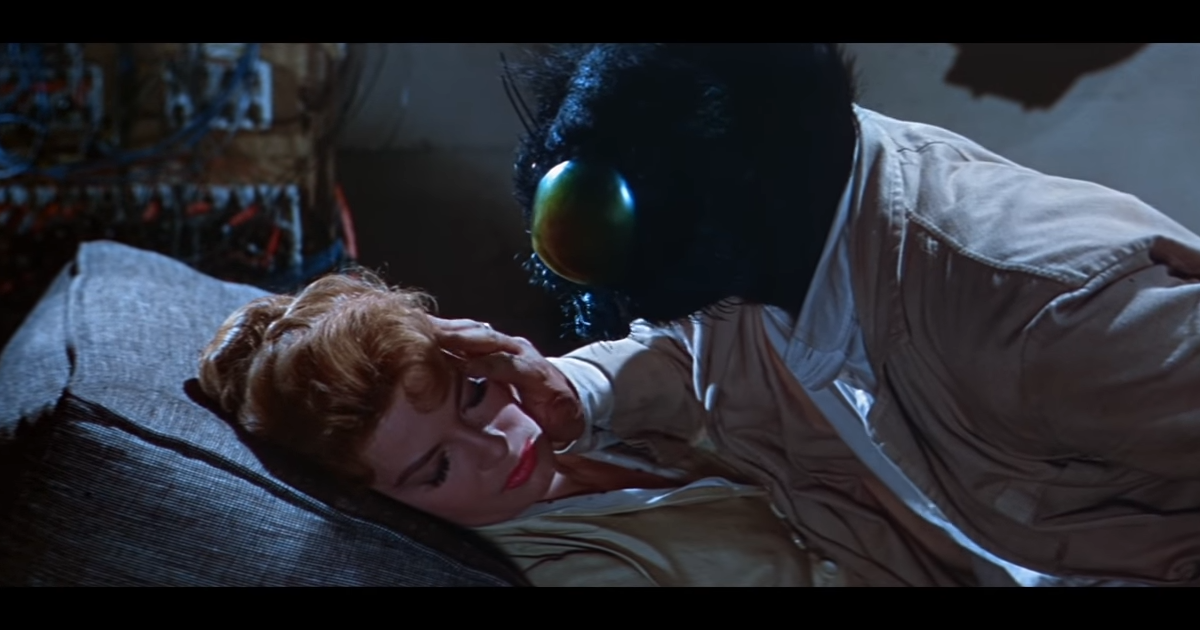 Bugs and insects are often made an afterthought. They are seen as the lesser in the animal kingdom until they become pests. They sting us, suck out our blood, eat our crops, and fly and multiply faster than we can swat them away. What we call nuisances or mild inconveniences are in fact responsible for our ecosystems and the food chain at large. Some animals rely on bugs as a source of nutrients. Plants grow through pollination and insects carry pollen far and wide to do it too. Without insects, the human species would be disrupted and dwindled.

Bugging out over bugs is not unrealistic, though. Just as they ensure life, some bugs bring on the process of death. Bugs function as decomposers, breaking down dead organic matter. Some bugs also act as all-out predators with a dangerous hive mind. They have the capacity to be ravenous harbingers of death, germinating goons, disease-ridden dots, and sneaky saboteurs. Pack your bug-out bag and be grateful these killer bugs crawl on the big screen.

Cicadas are a mysterious insect. After being born, the melodic singing bugs burrow underground for 17 years before returning to the surface to mate and die. There are over 2,500 species of cicada, and these are the kind that sing off-key. An attack on Los Angeles leaves four friends to defend themselves and defeat the flying fiends. Cicada! is a low-budget B-movie and the “B” stands for bug.

The original thrillomedy is terrifying through a series of slapstick situations. Family physician and arachnophobe Dr. Ross Jennings (Jeff Daniels) decides to move with his Californian family to the South American country to become a town doctor. When a Venezuelan spider makes its way to their home via a coffin and bird to spawn its ilk, the silly natural horror flick turned irrational fears into rational ones.

From science fiction author H.G. Wells comes radioactive ants with the ability to control the minds of people. Of the inspired movies based on Wells’ works, this one is a far-fetched prediction for the future. The metaphor of man’s need for nature rather than nature’s need for man is, however, prevalent through the visual and practical effects. Campy and creepy in equal parts with resourceful techniques gives this movie two antennae up!

Cockroaches really get the pampered treatment in horror movies. In another evolutionary milestone, the oblong brown-backed bugs terrorize another small town and are biologically engineered due to illegal experiments. The buildup to the crawlers is a slow crawl, but the gorey designs of the different mutations are stunning fuel for your nightmares.

Based on the novel The Hephaestus Plague by Thomas Page, cockroaches crawl out of the Earth from an earthquake that can start fires by rubbing their posterior appendages together. The hellish arthropods do not survive long above the surface until Professor James Parmiter breeds it with a household cockroach to create a new flying fireball breed of mutant cockroaches. Man did not discover fire after all.

Related: Blue Beetle: Everything We Know So Far

Another group of irradiated ant colonies the size of tanks threaten the Earth’s population in this nuclear wartime monster movie. The writing and action are compelling, the ant models are menacing and convincing, and the shock factor is a great companion piece to the Ray Bradbury-inspired The Beast From 20,000 Fathoms made the year before. Them! was almost shot in 3D and color, but the black-and-white treatment piles on the cautionary tale’s dark reality and fantasy of man versus nature.

Guillermo del Toro directs this man-made monster, a crossbreed between a mantis and a termite genetically engineered to kill off an invasive species that carries a disease that puts the child population at risk. As irony would have it, the Gothic insect becomes its own threat, multiplying beneath the city. Manipulating nature is never a smart move and the way this bug moves will drive you up a wall.

Living with a housefly is annoying. Living with a housefly that happens to be your spouse is terrifying. Filmed within a year after the short story and namesake by French-British writer George Langelaan was published, this insect invasion hits home as a dark comedy in the guise of a nuclear family dynamic. David Cronenberg’s remake is faithful, more stylized, and irrevocably the most gruesome version of this science fiction horror story, but Kurt Neumann’s original draws a fine line between devotion and desperation.

The Devil Conspiracy Trailer: Watch Evil Scheme to Bring Lucifer Back to Earth