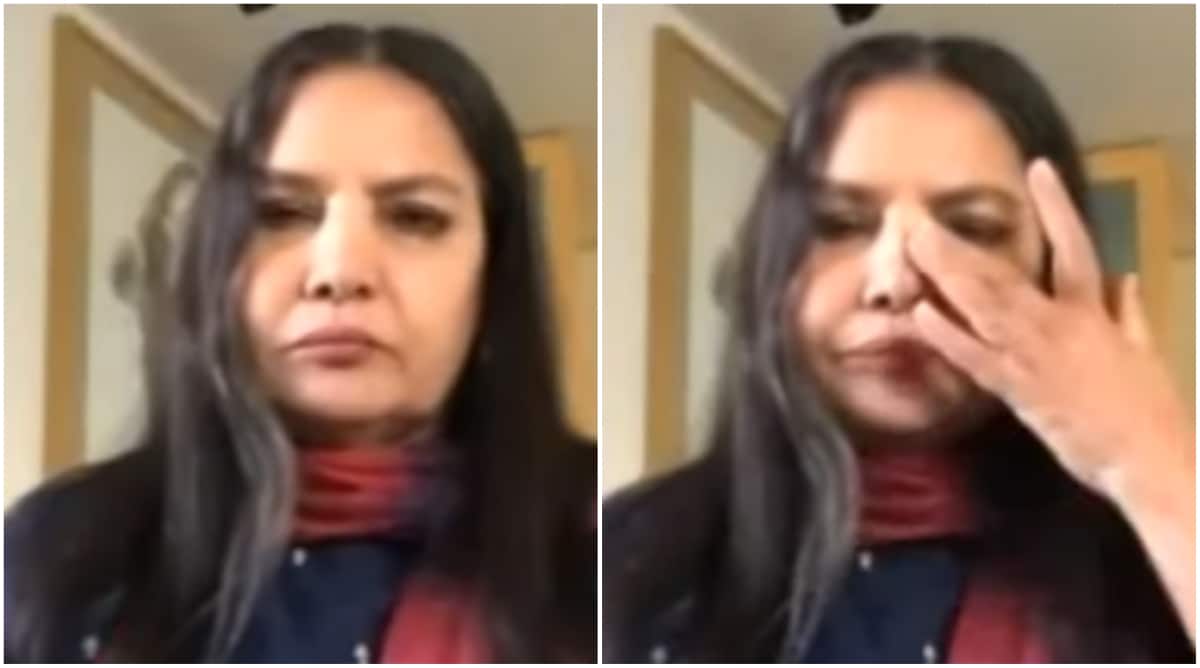 Actor Shabana Azmi broke down as she spoke about the release of the 11 men accused of raping Bilkis Bano during the Gujarat riots of 2002. She said that she was expecting outrage in the days after the men were released from jail by the Gujarat government, but none came. “I have no words (for Bilkis Bano) except that I am deeply ashamed. I have no other word,” she told NDTV.

Seven members of Bilkis’ family were killed during the riots. The head of her three-year-old was bashed in by the attackers, who were her neighbours. Bilkis, then pregnant, was gangraped by the men. They were released from jail as per a special remission granted by the state, and were greeted with garlands.

“Should we not fight for her?” Shabana asked. “Shouldn’t we be shouting from the rooftops so that justice is done to this person? And the women who are feeling unsafe in this country, women who face the threat of rape everyday – shouldn’t they get some sense of security? What do I answer my children, my grandchildren? What can I say to Bilkis? I am ashamed.” She continued, “I was just stunned that this could happen. Even now I think there is not enough understanding of the injustice and horror of what has happened…These convicts are released and they are felicitated and laddoos are being distributed – what is the signal we are giving to society? What is the signal we are giving to women? We have a government that professes Nari Shakti on the very same day. And we are helplessly sitting around…”

The actor suggested that unsavoury elements are using this is fodder to fuel further disharmony between communities. Citing the mass protests that erupted after the Nirbhaya case, she said, “Why this complete silence in Bilkis case?” Asked if members of the film community should also be raising their voices, Shabana said that the situation has become ‘murky’, and instead, such questions should be directed at Members of Parliament.

Previously, Shabana’s husband, writer-lyricist Javed Akhtar, had also condemned the release of the perpetrators. He had tweeted, “Those who raped a 5 month pregnant woman after killing 7 of her family including her 3-year-old daughter were set free from the jail offered sweets and were garlanded . Don’t hide behind whatabouts . Think !! Some thing is seriously going wrong with our society.”

In a statement following the state’s decision, Bilkis Bano had said, “How can justice for any woman end like this? I trusted the highest courts in our land. I trusted the system, and I was learning slowly to live with my trauma. The release of these convicts has taken from me my peace and shaken my faith in justice.”