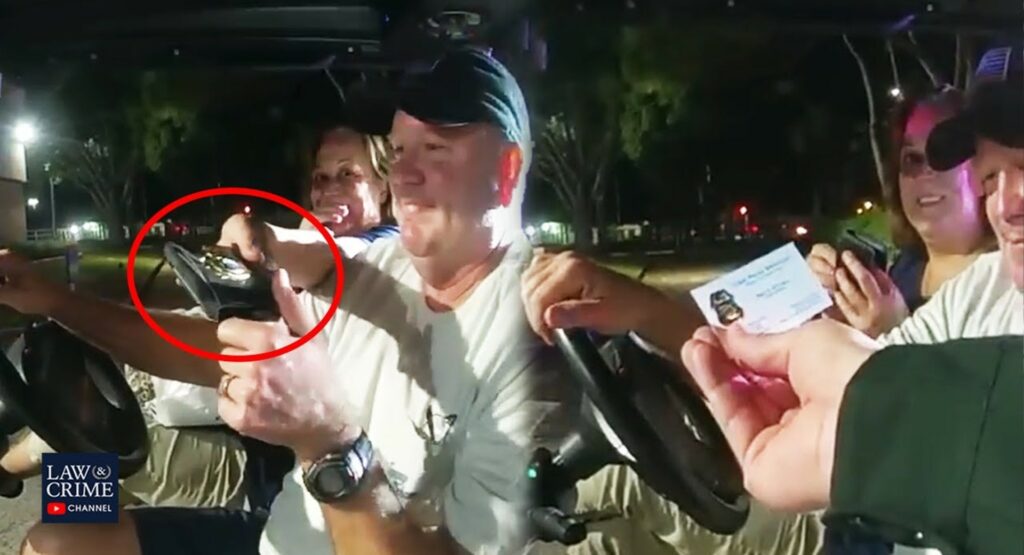 The Chief of Police in Tampa, Florida, has resigned after a recent traffic stop. As the subject of that stop, she flashed her badge and requested that the on-duty officer let her go. Now, officials are calling for a full investigation.

O’Connor and her husband were subjects of a traffic stop on November 12th when an on-duty officer noticed them driving down the road without a license plate on their golf cart. The body camera footage of the interaction became public on December 1st prompting an investigation.

O’Connor begins her part of the interaction with the question “Is your camera on?” After the officer confirms that it is, she immediately follows up with “I’m the police chief in Tampa.” “I’m hoping that you’ll just let us go today,” falls out of her lips only a moment or two later.

The on-duty deputy immediately changes his demeanor, tells the O’Connors to have a good night, and says that it was nice to meet the chief. Before he can get back to his cruiser, O’Connor hands him a business card and says “if you ever need anything, call me… seriously.” In reaction to the incident, Mayor Jane Castor called for O’Connor to resign and that’s exactly what she did.

Castor said that “The Tampa Police Department has a code of conduct that includes high standards for ethical and professional behavior that apply to every member of our police force. As the Chief of Police, you are not only to abide by and enforce those standards but to also lead by example. That clearly did not happen in this case.”

Putting aside the fact that the reason for the stop seems a bit dubious, after all, how much does a plate on a golf cart really matter, there’s clearly an issue with both officers’ behavior. For her part, O’Connor seems to understand that at this point.

In her resignation, she says that she “would never want my personal mistake to stand in the way of the progress I have made in mending relationships between the police department and the community, so for that reason, I am resigning.”

As of this writing, there’s no word on what if any discipline has been issued to the deputy who stopped the O’Connors or what the now-former police chief’s plan is for the future.