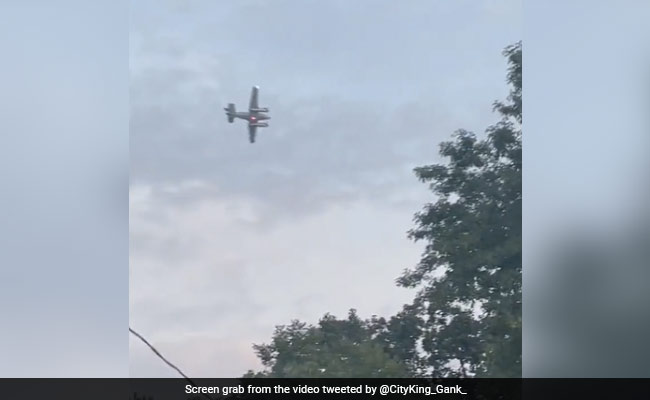 The pilot is now in police custody

A pilot, circling a stolen airplane for hours over Tupelo, a city in northeast Mississippi in the United states, threatening to “intentionally crash” it into a Walmart store has been taken into custody after he landed the aircraft safely, Governor Tate Reeves said on Saturday.

The “situation has been resolved” and no one was injured,” Governor Reeves announced on Twitter.

“The plane over North MS is down. Thankful the situation has been resolved and that no one was injured. Thank you most of all to local, state, and federal law enforcement who managed this situation with extreme professionalism,” Mr Reeves said in a tweet.

The plane, a Beechcraft King Air 90, was airborne for more than five hours, which police described as a “dangerous situation.”

Police were in talks with the pilot but gave no information on the person’s identity or motive.

Earlier, the Tupelo Police Department asked the citizens to avoid that area until all clear is given.

Currently we have a 29yr old who stole this plane & is threatening to crash it into something. Polices ,ambulances ,& fire trucks are everywhere. Everything is shutdown rn pic.twitter.com/AzebdIa3tP

“With the mobility of an airplane of that type the danger zone is much larger than Tupelo,” the police said in a statement.

All emergency services were put on alert, it said.

A map from the FlightAware website showed what appeared to be the plane’s course – an erratic, zigzag pattern centered around Tupelo, a city of about 40,000 known as the birthplace of “King of Rock and Roll” Elvis Presley.

The flight path of the pilot

The Daily Journal, a local newspaper, reported that the pilot of the plane is an employee of Tupelo Regional Airport.

Watch: This dance by sheep herders is winning hearts online

All upcoming Tower of Fantasy banners for December 2022