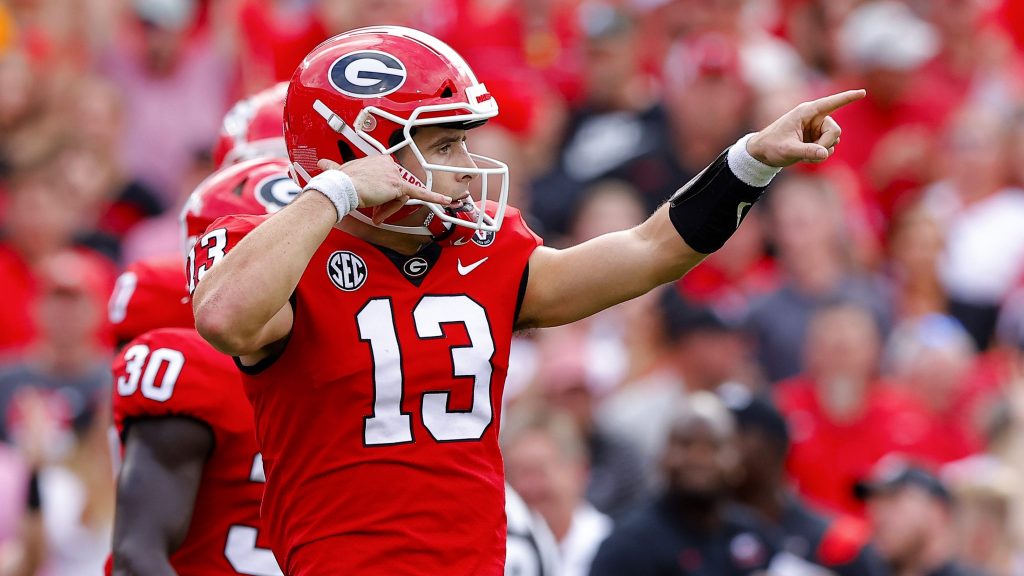 In addition to being named a finalist for the 2022 Heisman Trophy on Monday night, Georgia quarterback Stetson Bennett was named the winner of the Burlsworth Trophy.

Bennett arrived at Georgia in 2017 as a walk-on from Pierce County High School in Blackshear, Georgia. He would later transfer Jones County Junior College in 2018 and then return to UGA as a member of the 2019 signing class.

He made his first career start in 2020. The next year, he took advantage of an injury to JT Daniels, became the starter and never looked back. Bennett brought Georgia its first national championship since the 1980 season and is looking to win it all again this season.

So far this year, with at least one game left on the slate, Bennett has thrown for 3,425 yards and 20 touchdowns and has rushed for an additional seven scores.

Bennett is Georgia’s first recipient of the Burlsworth Trophy.