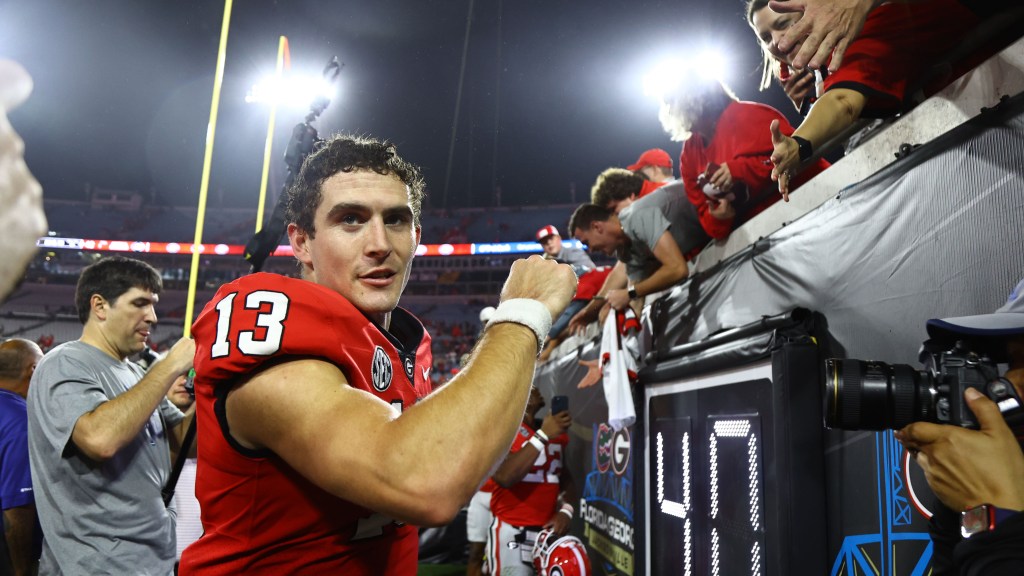 On Monday night, Georgia quarterback Stetson Bennett was named a finalist for the 2022 Heisman Trophy.

Bennett, a former walk-on, was not the most popular selection for the award. Considered a “game manager” by college football fans, many thought there were better options for the game’s most prestigious award.

Bennett, who is looking to win his second national championship as a collegiate starter at the University of Georgia, now has a chance to add some hardware to his growing collection.

“I don’t even know what to think right now. We have a lot of good players who make me look good. It’s special, This honor is all about my teammates and this team. I wouldn’t be here if we didn’t have the team that we have. This honor is for them. I understand what Coach Smart means when he says that success comes to those who don’t look for it or are too busy working to look for it. I have never thought about the Heisman. I just wanted to play quarterback at Georgia. I just wanted to play football. I’m thinking of the players and people who have been in this with me. Regardless of who wins, it’s a huge honor to be in this group. The wideouts, tight ends, running backs, offensive line, defense, coaches – I wouldn’t have this opportunity without them so a ton of gratitude for them.” — Stetson Bennett

Bennett’s numbers may not scream “Heisman,” but what he brings to the table sure does. All the guy does is win football games, and he just guided Georgia to its second consecutive undefeated regular season and its first SEC title since 2017.

Bennett has thrown for 3,425 yards and 20 touchdowns and has rushed for an additional seven scores this season. And he’s not done yet.

Stetson is a Damn Good Dawg.