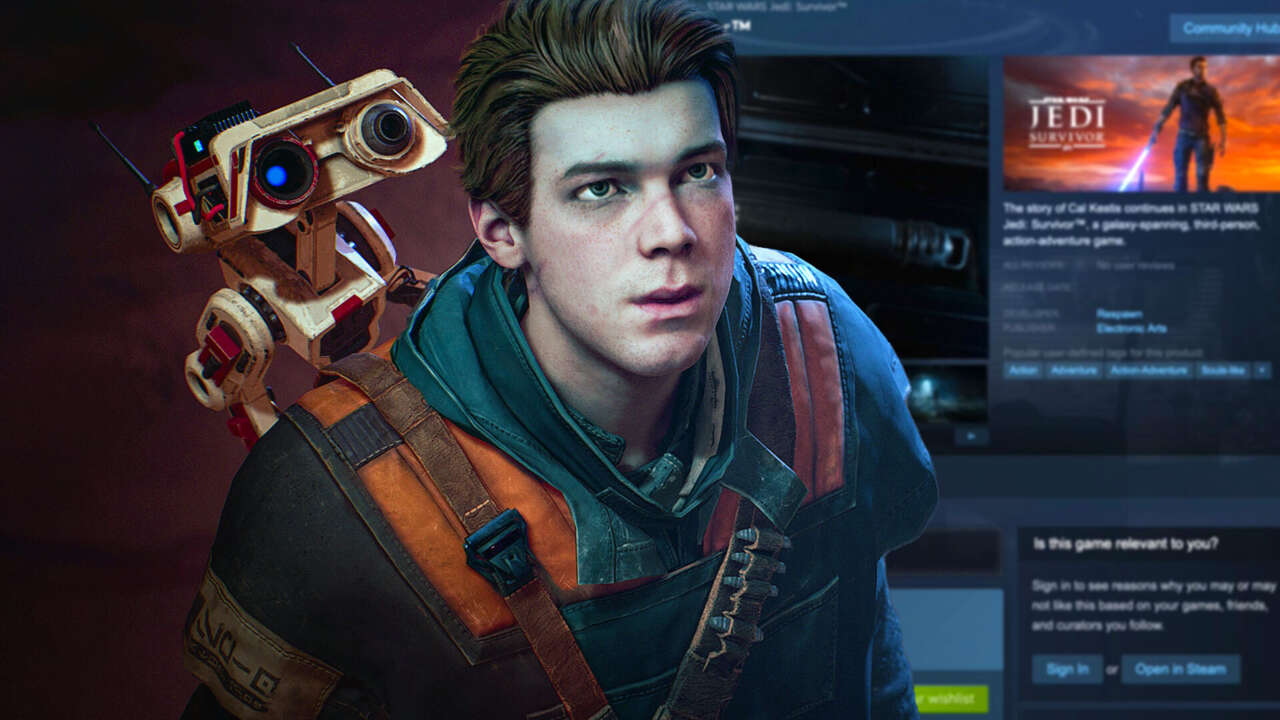 According to a previous report, Jedi: Survivor’s release date is scheduled to be officially announced during The Game Awards this week. A new trailer for the game will also be shown at the event.

And the potential release date isn’t the only thing that the Steam page revealed, there were also images that showcased the pre-order bonuses for different versions of the game. These items include some new looks for Cal and BD-1, new Lightsabers and possibly the most exciting addition: different Blaster sets. In Jedi: Fallen Order, Cal didn’t have a gun in his loadout, however it looks like this time around that will change.

During a recent Twitter Spaces talk, Keighley discussed the upcoming ceremony and answered some questions about what to expect. The Game Awards is usually filled with not only award presentations, but interviews with developers and trailers for brand-new games. Last year’s pre-show lasted around 30 minutes while the main event went on for 3 hours. During the Spaces talk Geoff said, “I won’t say anything officially until we’re through our rehearsals but we think it’s going to be significantly shorter.”