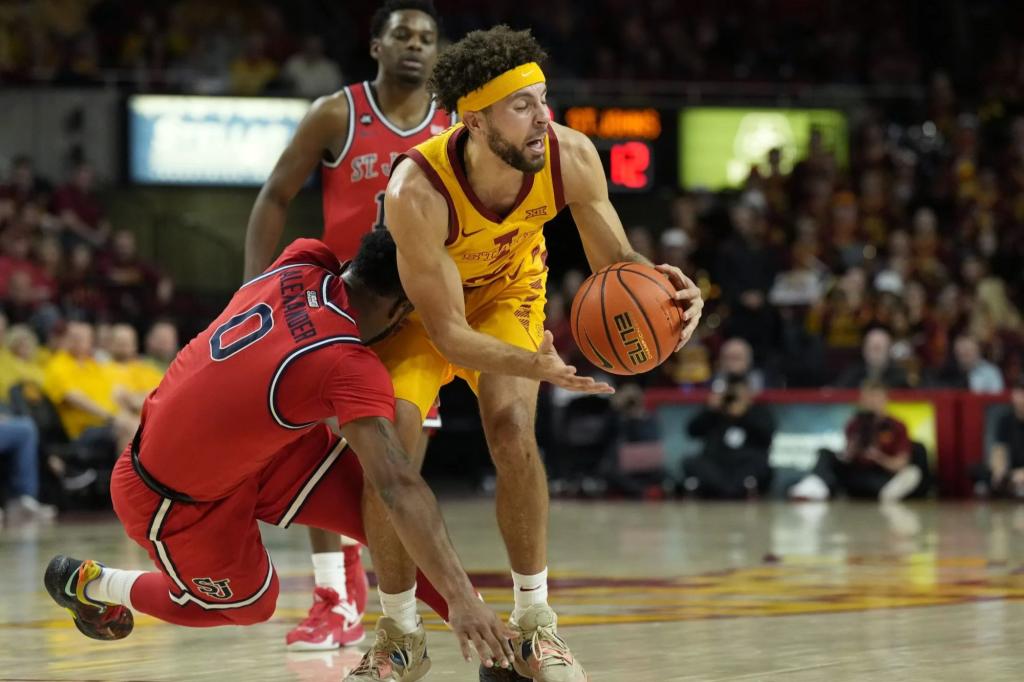 “We work every single day on our defensive pressure,” Holmes said. “We want to turn teams over. We want to be the best defensive team in the country.”

The Cyclones opened the game with a 17-2 run, capped off by a Gabe Kalscheur 3-pointer at the 10:47 mark of the first half.

In the opening 9 minutes, St. John’s went 0 for 8 shooting and committed nine turnovers. Rafael Pinzon hit a 3-pointer for the Red Storm’s first basket, with 9:54 left in the half.

“It’s a lesson learned,” St. John’s coach Mike Anderson said. “One of the things you’ve got to do when you go on the road is, you’ve got to be able to shoot the basketball. That cures a lot of ills.”

A 3-pointer from Holmes gave Iowa State a 44-29 margin early in the second half. Osun Osunniyi’s dunk made it 47-30 with 13 minutes remaining.

“Our guards did a great job cutting,” Iowa State coach T.J. Otzelberger said. “With St. John’s, they pressure you and want to spread the floor a little more. So, you can get some more of those cuts to score, some more of those opportunities.”

The game was part of the Big12/Big East Battle.