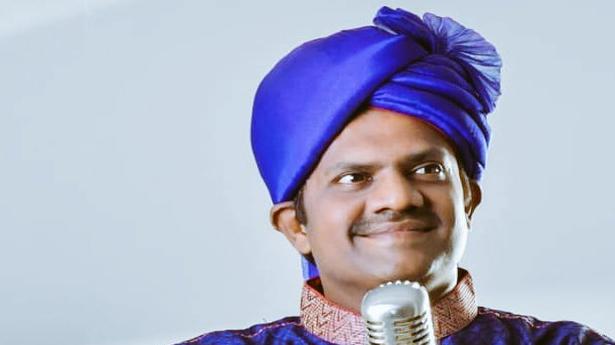 Bamba Bakya has worked closely with AR Rahman in films like ‘Ponniyin Selvan,’ ‘2.0’ and ‘Sarkar’

Bamba Bakya has worked closely with AR Rahman in films like ‘Ponniyin Selvan,’ ‘2.0’ and ‘Sarkar’

Singer Bamba Bakya, who has sung for composer AR Rahman in a few hit Tamil tracks, has passed away. He was 49. His most recent musical contribution was in the Ponni Nadhi number in Mani Ratnam’s upcoming  Ponniyin Selvan. Known for his baritone, he had also sung in films like Rajinikanth’s  2.0, Vijay’s  Sarkar and GV Prakash’s  Sarvam Thaala Mayam.

Kollywood celebrities tweeted the news in shock. Actor Karthi tweeted, “Really saddened by the sudden demise of Bamba Bakiya. I pray that his family and friends have the strength to bear this huge loss.”

Lyricist Vivek, who worked with him in the ‘Simtaangaran’ number in  Sarkar, tweeted, “A great singer is no more. Pullinangal will always resonate in our ears.”

Though his official name was Bhakkiyaraj, everyone in the music industry knew him as Bamba Bakya. In interviews, Bamba Bakya said, “During the first time I sang solo for films, in  2.0, AR Rahman asked me to sing like South African singer Bamba, and so named me ‘Bamba Bakya’. That name stuck.”

Violent Night Is Getting Die Hard Comparisons Online, And This Time There’s No Debate If It’s A Christmas Movie