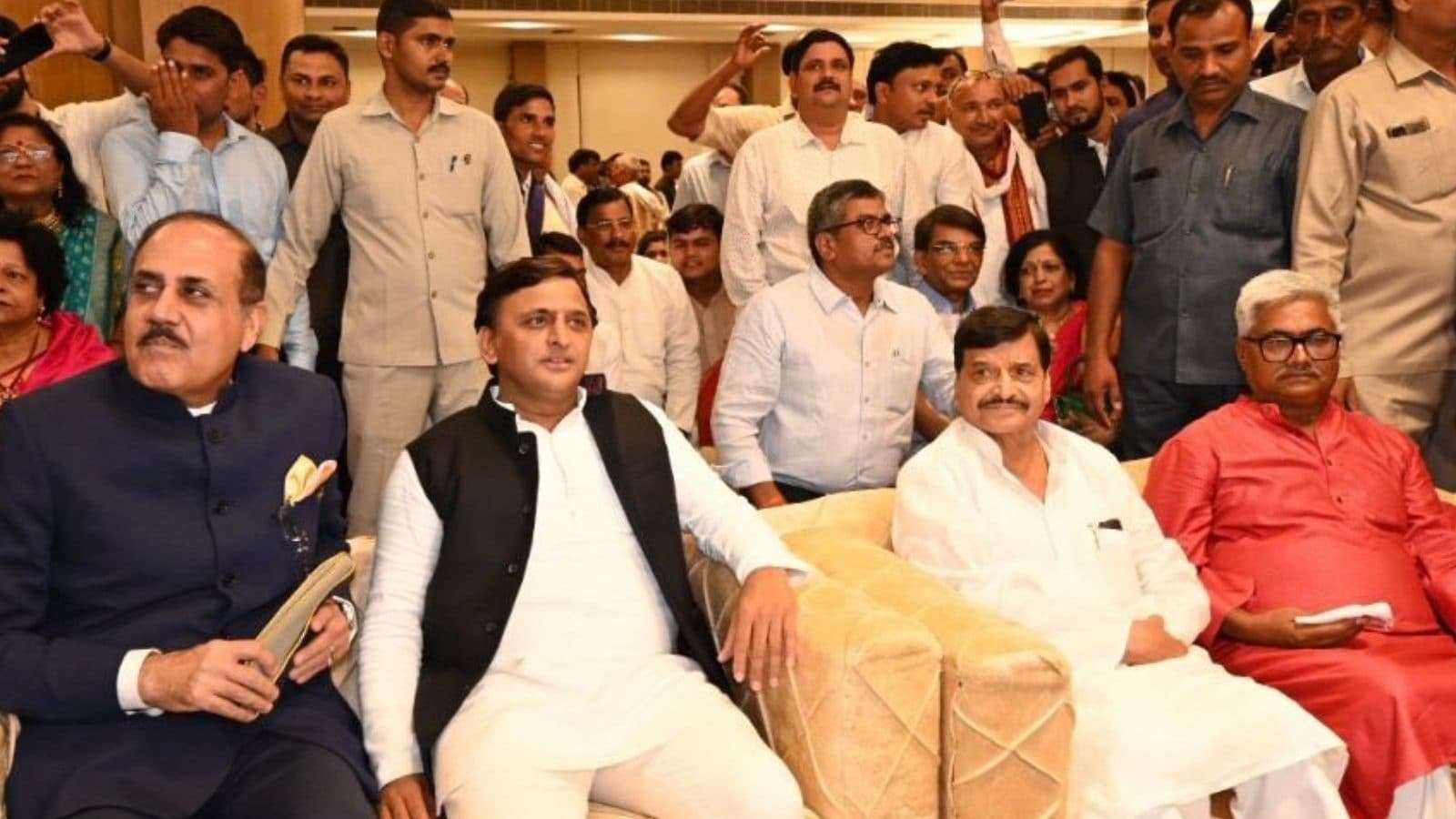 The chief of Pragatisheel Samajwadi Party Lohia Shivpal Yadav has announced that he will be embarking on ‘Yadukul Renaissance Mission’ with former SP MP DP Yadav. The main reason behind this mission he said is to reach out to the Yadav community voters ahead of 2024.

Yadavs are generally considered as the traditional vote bank of the Shivpal’s former Samajwadi Party.

As the rift between Shivpal Yadav and his nephew Akhilesh Yadav is not hidden anymore, many consider this move by Shivpal as an attempt to dent the prospects of the SP in 2024.

Although Shivpal has denied such speculations and claimed that the mission is for a social cause, his statements are enough to gauge the political implications of this development. Speculations are rife that this mobilization of the Yadav community is being done in view of the elections to be held in 2024.

With the help of Yadav votes, Shivpal now aims to revive his politics one more time. Shivpal has been made the patron of this mission and former strongman MP DP Yadav has been made its president.

Interestingly, while DP Yadav may not have joined Bharatiya Janata Party, many of his family members including his son have already joined the saffron bandwagon.

Announcing the ‘Yadukul Renaissance Mission’ on Thursday in Lucknow, Shivpal Yadav said that the fight for social justice has to be fought with full strength. He said, “There should not be any misunderstanding that ‘Yadukul Renaissance Mission’ has been made only for Yadavs and not only for UP. People of our society are also in other states and will fight against their oppression.”

Few days back during the unveiling ceremony of the statue of DP Yadav’s father, freedom fighter Tejpal, in which many veteran Yadav leaders of the state including Shivpal Yadav and Sukhram Yadav had participated.

It is believed that during this meeting, the foundation for the Yadukul Renaissance Mission was laid and now Shivpal Yadav has taken the initiative on his shoulders.

Meanwhile, SP chief and former Chief Minister of the state Akhilesh Yadav has also become alert in view of Shivpal Yadav’s reach out to the Yadav voters of UP.

It is being said that this was the reason why Akhilesh Yadav had reached Azamgarh jail to meet strongman and jailed SP leader Ramakant Yadav, then unveiled the statue of late Raghuvar Pradhan located in Garhi Chaukhandi village of Noida.

The SP Chief does not want to give any chance of resentment to the Yadav community before the upcoming 2024 Lok Sabha elections, because not only the BJP, but his uncle Shivpal Yadav is also eyeing the Yadav vote bank now. There are around 10 percent Yadav voters in Uttar Pradesh who are considered politically very important.

John Travolta mourns Kirstie Alley: ‘One of the most special relationships I’ve ever had’