“Serena inspires me a lot; (her) last match yesterday was amazing” – Carlos Alcaraz on Serena Williams after reaching US Open 3R 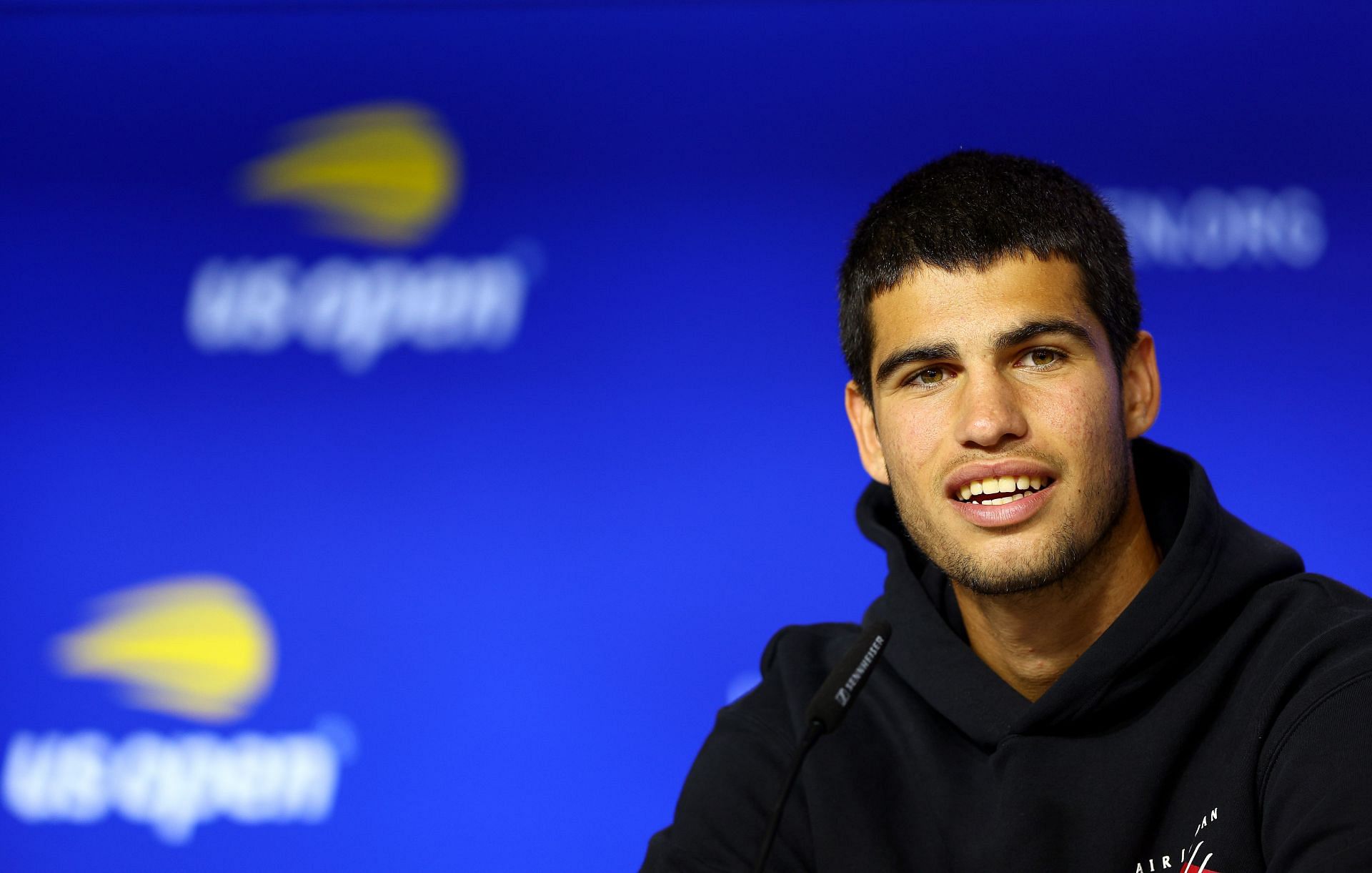 Carlos Alcaraz said that Serena Williams was an inspiration for him after beating Federico Coria in straight sets on Thursday to reach the US Open third round.

Williams, a six-time champion in New York, is presumably playing the last tournament of her illustrious career this fortnight. The 40-year-old saw off second seed Anett Kontaveit in a three-set second-round thriller on Wednesday night to extend her farewell party in New York.

Meanwhile, Alcaraz is on a roll in New York – not dropping a set in his first two rounds. On Thursday, he breezed through the first two sets against his Argentinian opponent, conceding just three games. Coria provided stiffer resistance in the third set, but Alcaraz wheeled past the finish line.

At his press conference, the World No. 4 was asked about which WTA player inspires him the most. Alcaraz had no qualms taking the name of 23-time Major winner Williams – who is making her last dance in the Big Apple this fortnight.

“I mean, I could say Serena. Serena inspires me a lot. (Her) last match yesterday was amazing, and of course during her career inspire me, and a lot of players, you know. I would say Serena,” he said.

Alcaraz will next take on American Jenson Brookby on Saturday for a place in the second week in New York.

Carlos Alcaraz is ready to make a deep run at Flushing Meadows. He has made a good start, but sterner challenges lie ahead.

The teenager said that he was happy with the level of tennis he has shown so far without letting the pressure of results affect him. He added that he wants to show his best level on the court and that he is “getting better every day” when he plays in the US Open.

“I enjoyed playing today,” said Alcaraz. “Of course I (am) trying not to think about the pressure, not to think about the results, and of course to the ranking, you know. Just trying to be myself on court, trying to, as you say, show my best level. I think I am getting better every day that I am playing here in US Open. So I just, yeah, enjoy and show my best level in the next rounds.”

The World No. 4 is one of four players – including his compatriot Rafael Nadal – who could leave New York as the world’s top-ranked player. Carlos Alcaraz needs to reach the final to stand a chance of becoming the World No. 1.

A look at OpenAI's Minecraft bot, which has learned to complete complex tasks in Minecraft after being trained on 70K hours of video of people playing the game (Will Douglas Heaven/MIT Technology Review)