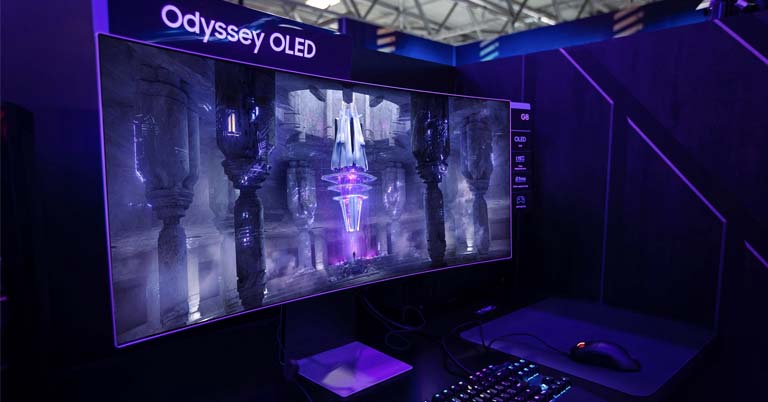 Samsung is expanding the horizon of its Odyssey lineup of gaming monitors with the new G8. Announced at the IFA 2022, it is the company’s first gaming monitor with an OLED panel. Besides, the Odyssey G8 also boasts a slim profile and a slew of gaming features. So, let’s take a look at the specs, features, expected price, and availability of the Samsung Odyssey OLED G8 in Nepal.

Let’s start with the display. Here, the Odyssey OLED G8 features a 32-inch OLED panel with a QHD resolution. According to the official press release, the monitor makes use of Quantum Dot technology. But it is not clear if Samsung is referring to the QD-OLED technology that it announced earlier this year.

That aside, Samsung Odyssey OLED G8 flaunts a screen with a 1800R curvature. It covers 99.3% of the DCI-P3 color gamut and boasts a fast response time of 0.1ms. By the way, the screen refreshes at 175Hz. It even supports AMD FreeSync for variable refresh rates. Moreover, the display even has VESA DisplayHDR 400 certification. Samsung has designed the Odyssey OLED G8 to have an extremely thin profile. The monitor is just 3.9mm thick in its thinnest part. As per the company, it is the slimmest product in its category. Samsung has used a metal frame to reinforce the monitor. The stand is also metallic and it supports height and tilt adjustment. Unfortunately, there is no option to mount the monitor as it has a big built-in RGB light at the back. You can even use the Samsung Odyssey OLED G8 to monitor other IoT devices in your house. For this, it comes with SmartThings app pre-installed. In addition, there is Samsung’s Smart Hub that lets users stream movies and shows from platforms like Prime Video, Netflix, and YouTube. Users can watch live TV with Samsung Plus.

Rest of the Specs

Samsung has even integrated its game streaming platform, the Gaming Hub, into the Odyssey G8. With this, users will be able to stream games from cloud services like NVIDIA GeForce Now, Google Stadia, and Amazon Luna.

Users can even control the RGB lighting at the back with the help of CoreSync and Core Lighting+. As for connectivity, you get a Micro HDMI 2.1, Mini DP 1.4, and a USB-C port for wireless connectivity. The monitor even integrated a 5W stereo speaker for audio. 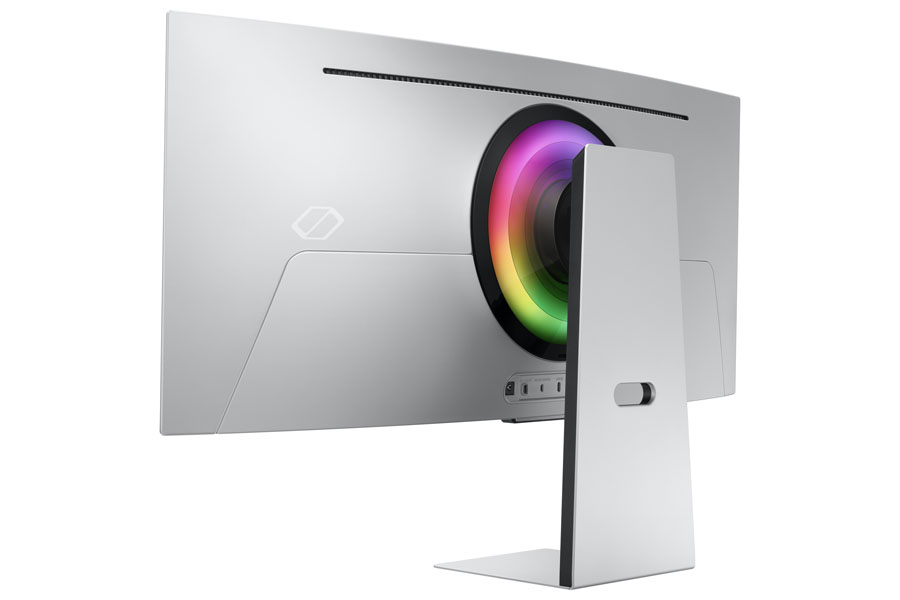 The Odyssey OLED G8 is set to launch globally in Q4 of 2022. As of now, Samsung has not hinted at its availability and pricing.