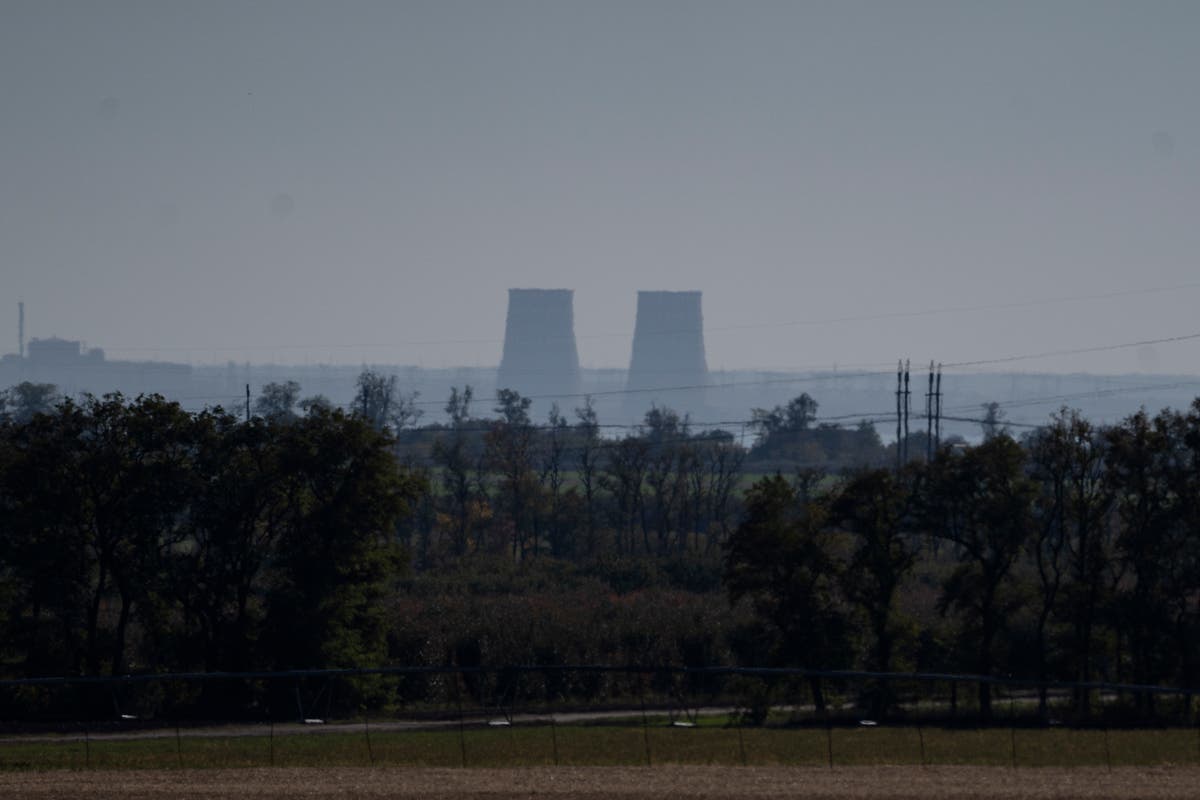 Russia has accused Ukraine of threatening the safety of Europe’s largest nuclear power plant with constant shelling and choreographing the image of a “nuclear catastrophe” while Vladimir Putin’s soldiers are keeping the facility safe.

“Our units are taking all measures to ensure the safety of the Zaporizhzhia nuclear power plant,” Russian defence minister Sergei Shoigu told his military chiefs on Tuesday.

“In turn, the Kyiv regime seeks to create the appearance of a threat of a nuclear catastrophe by continuing to deliberately shell the site,” the top minister said in a conference call, an abridged transcript of which was published by the defence ministry.

He accused the country under Russian siege of firing 33 large-calibre shells at the plant in the last two weeks.

Russian air defences had managed to intercept most of these, he said, but added that “some still hit objects that affect the safe operation of the nuclear power plant”.

The Volodymyr Zelensky administration has denied shelling the facility which is currently being controlled by the Russian forces present at the site since the first week of the war.

Mr Zelensky has repeatedly called for removal of Russian forces from the plant in his nightly address, stating that Moscow’s soldiers are inflicting terror on the nuclear facility and in the surrounding area.

The plant is being used as Russia’s de facto weapons depot, according to Kyiv.

This comes as the United Nations’ nuclear watchdog – the International Atomic Energy Agency (IAEA) – has urged Russian authorities to help create a security zone around the plant to avert a potential Chernobyl-like disaster.

On Tuesday, Russian deputy foreign minister Sergei Ryabkov said that there were “positive dynamics” in discussions with IAEA on the idea, reported Russian news agency TASS.

In a setback to peace talks for ending the war in Ukraine, the Kremlin also said it does not see the prospect of negotiations at the moment while it agreed with the US on the need for lasting peace in Ukraine.

“That the outcome should be a just and durable peace – one can agree with this. But as for the prospects for some sort of negotiations, we do not see any at the moment,” Kremlin spokesman Dmitry Peskov said.

Russia would need to fulfil the goals of its “special military operation” for talks to happen with potential partner, Mr Peskov said.

US secretary of state Antony Blinken had said that the war in Ukraine would end “almost certainly with diplomacy” and negotiations, and that “just and durable peace” was needed.