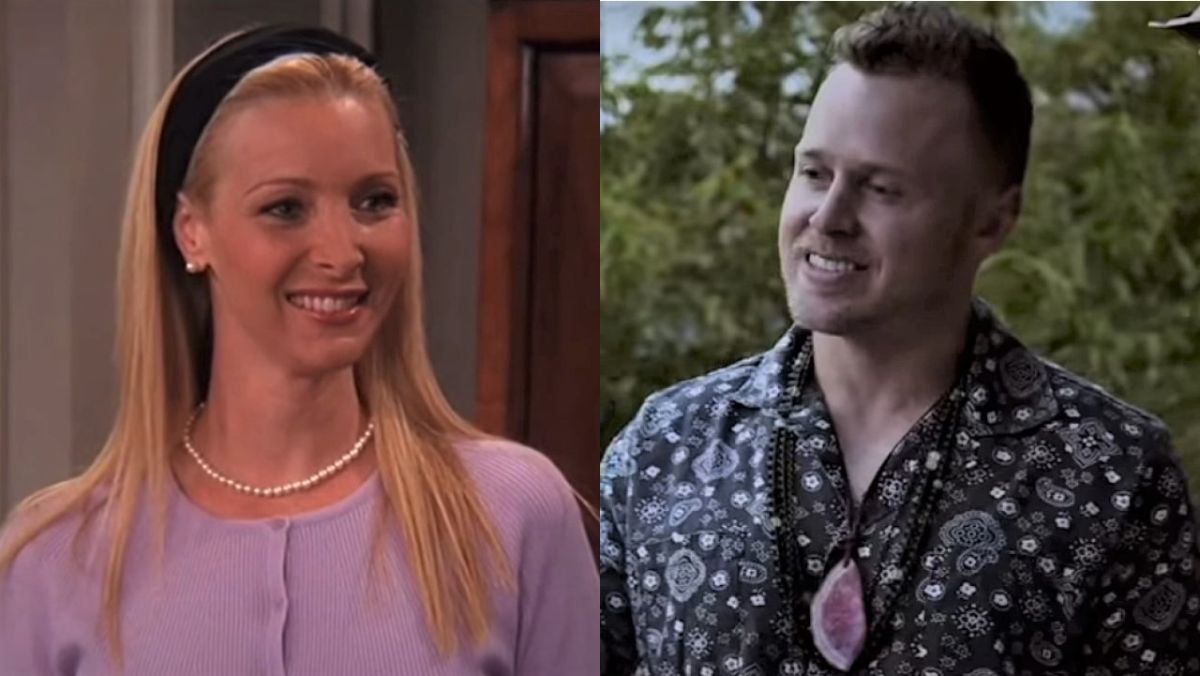 JoJo Siwa’s brouhaha with Candace Cameron Bure may have started a whole trend of celebrities holding other famous faces accountable for past rude behavior. Spencer Pratt, one of the stars of MTV’s The Hills, is the latest to call out a seemingly unlikely candidate for “rudest celebrity,” as he put “Phoebe from Friends” — aka Lisa Kudrow — on blast for an interaction he and wife Heidi Montag supposedly had with the actress at a party in 2009.

When a fan asked who his rudest celebrity encounter had been, Spencer Pratt definitely didn’t disappoint, sharing a surprising reveal on TikTok with some pretty strong words about Lisa Kudrow. While Pratt didn’t immediately give deets about his run-in with the Better Nate Than Ever actress, he did say:

He promised in the comments to tell more if the video got over a million views, which it quickly surpassed. Spencer Pratt followed through, sharing a couple of posts to spill the alleged tea on his unfortunate meeting. The Hills villain’s first part of the reveal took place on the beach to dramatically set the scene for when he and Heidi Montag met Lisa Kudrow at an NBC soiree:

Spencer Pratt says he and his wife attended a party at an NBC executive’s mansion in Malibu, where it was clear the other guests didn’t welcome the reality stars’ presence. He said Lisa Kudrow approached the couple, then revealed what the Friends actress told Heidi Montag in Part 2 of his reveal:

OK, first off, Spencer Pratt is proving that he remains one of the most entertaining trolls to ever do it. I am dying over this melodramatic retelling, and the switch to a new picturesque background for this second video.

The Hills star said Lisa Kudrow didn’t even bother to pull Heidi Montag aside before urging her to leave Spencer Pratt ASAP, because — as he recalled — “I’m gonna murder Heidi and that I have the eyes of a serial killer.” That is a pretty wild story, and if true, I can definitely see why that would be a memorable encounter for the couple. While some of Pratt’s behavior on his reality TV shows has been questionable, his marriage has stood the test of time. “Speidi” tied the knot in 2008 and are currently expecting their second child.

Spencer Pratt has never been shy about sharing his opinions. He previously referred to his fellow co-stars of The Hills as “hot garbage,” and these latest posts followed a hilarious roast of Kim Kardashian over her latest Photoshop fail. It’s not really surprising that the reality villain has hopped onto the social media trend of calling out rude celebrities, but I wouldn’t have expected Lisa Kudrow to be the recipient of such an accusation.

It was equally surprising when JoJo Siwa called out Candace Cameron Bure for her behavior at the Fuller House premiere, where she allegedly denied the Dance Moms star a photo op. The two went back and forth about the encounter for days, with friends and family members weighing in. Siwa also used TikTok to resurrect old comments from Justin Bieber, who trolled her back in 2018 when she got her first car.

It’s definitely interesting to hear some of these stories, as social media provides the opportunity for some truly strange celebrity feuds. Who will be next? You can stream old episodes of The Hills with either a Hulu subscription or a subscription to Paramount Plus. Lisa Kudrow, meanwhile, can be seen by those who subscribe to HBO Max, where all 10 seasons of Friends are available for streaming.

Iger, The Great: With the Return of Hulu’s Hero, the Streamer Has New Options

Some of the best Black Friday deals for safety and security