Rebellion is giving away Aliens vs Predator Classic 2000 on Steam 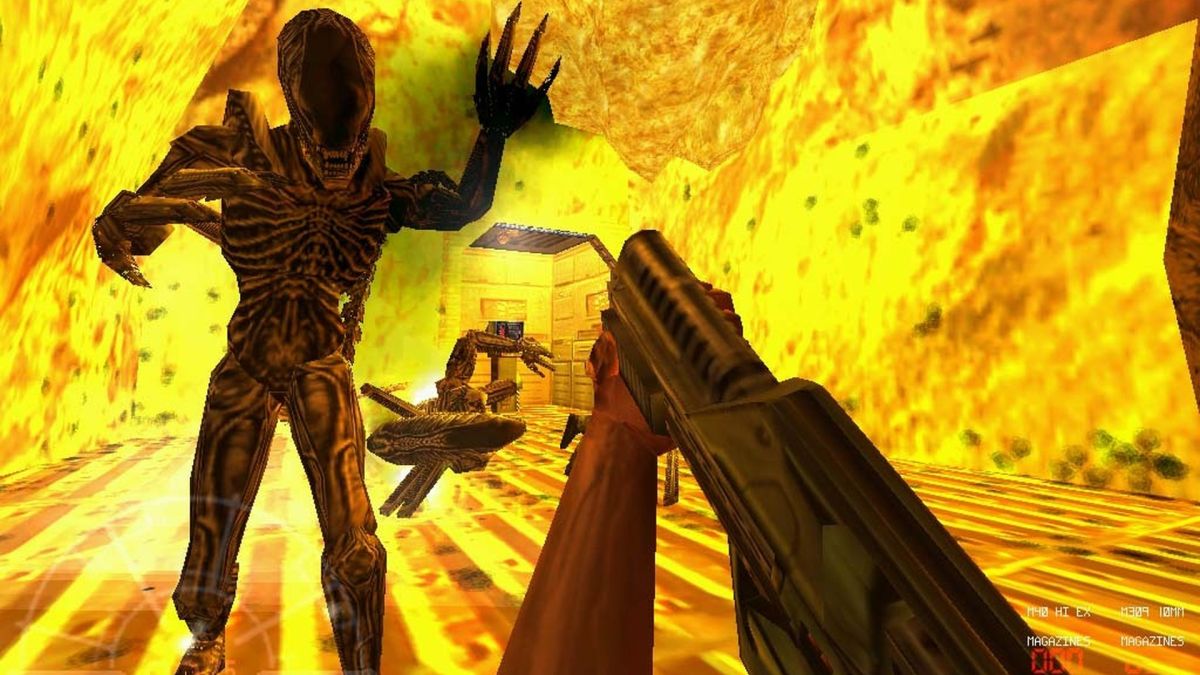 Have you played Aliens vs. Predator Classic 2000 (opens in new tab) yet? Do you want to? If you answered “no” to the first question and “yes” to the second, this would be a great time to pop around to the Rebellion Games storefront (opens in new tab), where they’re giving it away for free as part of Rebellion’s 30th anniversary celebration.

Like all things in life, it’s not entirely without a cost. You’ll need to sign up for Rebellion’s mailing list to get the game, which will come to you in the form of a Steam key. Limited time offer, one per customer, and subject to availability, which is a nice way of saying “first come, first served.”

To be fair, this is not the most can’t-miss giveaway of the year. Aliens vs Predator was originally released as Aliens vs Predator Gold in 2000, and right now it’s on sale on Steam for $1. (The regular price is $4.) And depending on how you feel about such things, you might find that it hasn’t aged particularly well. Our former man Chris Thursten, for instance, found the tension of the campaigns replaced by unintentional humor (opens in new tab) when he had a go through it back in 2014—almost a full decade ago.

When it was new, though, Aliens vs. Predator Gold was pretty hot stuff. It features separate campaigns for the alien, predator, and human space marines, each of them impressively different from the others, along with extensive multiplayer action. It’s been a long time since I played, but I recall the predator campaign being the weakest of the three, while the human campaign was a more straightforward (and better) shooter.

The real fun, though, was in the alien campaign: The facehugger bits (because yes, you get to play as a facehugger) were surprisingly effectively, and going ham as a full xeno on a bunch of soft, squishy humans who can’t see in the dark—well, I don’t recall that ever getting old.

And hey, at the bottom line, it’s free—even if you just spend a half-hour indulging in a little nostalgia gaming, you’re ahead of the game. There’s no listed expiry date on the free Aliens vs Predator Classic 2000 offer, but the “limited availability” suggests to me that availability is limited, so grab it while you can.