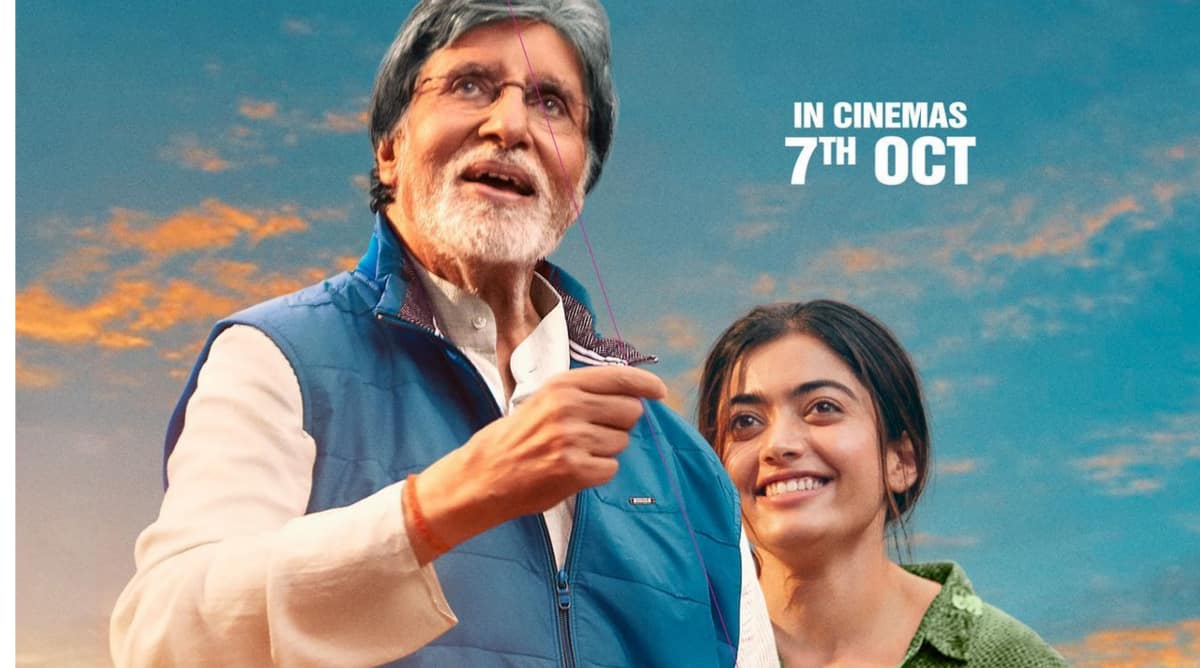 Amitabh Bachchan and Telugu actor Rashmika Mandanna on Saturday shared the first poster for their upcoming film Goodbye. Described as a heartwarming story about life, family and relationships, the film is helmed by Vikas Bahl.

The poster shows Amitabh Bachchan and Rashmika in a beautiful father-daughter moment, flying a kite. Rashmika, who will make her Bollywood debut with the project, had spoken about how ‘amazing shooting with Amitabh Bachchan’ has been. She had also shared a picture with her GoodBye co-star Amitabh Bachchan and expressed gratitude. She had written, “Only and only gratitude smiles and love! ❤️🌸@amitabhbachchan 🔥.”

Rashmika was last seen in Telugu superhit Pushpa: The Rise, with Allu Arjun. Amitabh Bachchan was last seen in Nagraj Manjule’s Jhund, which bombed at the box-office. He is currently hosting the 14th season of Kaun Banega Crorepati. Director Vikas Bahl, who was accused of sexual harassment by an employee of erstwhile production company, Phantom Films, after receiving a clean chit in an internal investigation had last directed Hrithik Roshan’s Super 30.

Produced by Ektaa R Kapoor’s Balaji Motion Pictures in association with Good Co. Goodbye is all set for a worldwide release in cinemas on October 7.