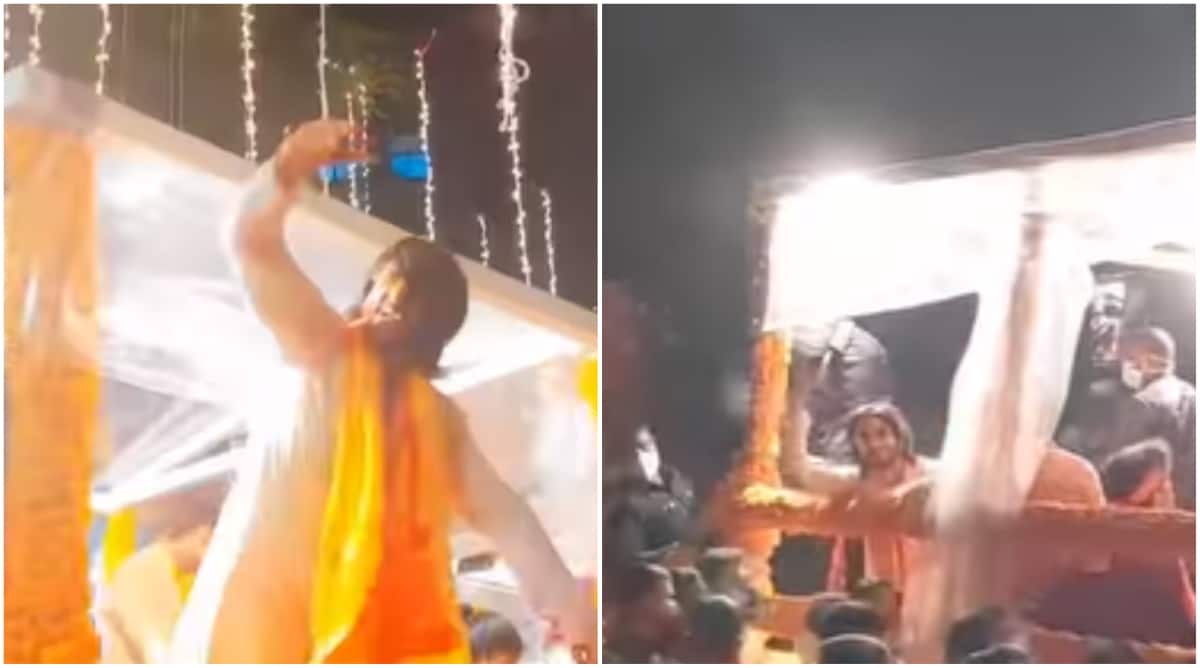 Videos of Deepika Padukone and Ranveer Singh, participating in a Ganesh Visarjan ceremony organised by industrialist Mukesh Ambani and his family, have been shared online. Deepika and Ranveer sat together with members of the Ambani family on a truck decorated with flowers.

While Deepika could be seen sitting on the floor, Ranveer was at his exuberant best as he danced and acknowledged gathered fans. They were joined by Akash Ambani’s wife Shloka Mehta, and Radhika Merchant, who is said to be getting married to Anant Ambani.

Earlier this week, Ranveer won the Filmfare award for Best Actor for his performance in the sports drama 83, in which he played former India cricket captain Kapil Dev. He was presented the trophy by Deepika, who later took to Instagram to congratulate him. Sharing a picture of Ranveer with his award, she wrote that he is ‘better than all the rest’.

Deepika also appeared in 83, as Kapil Dev’s wife Romi. The film underperformed at the box office, mostly because it was impacted by the third wave of the coronavirus pandemic. Ranveer has since appeared in the comedy drama Jayeshbhai Jordaar, which flopped at the box office as well, and earned mediocre reviews. Deepika starred in director Shakun Batra’s Gehraiyaan, which debuted on Amazon Prime Video, and divided audiences and critics alike.