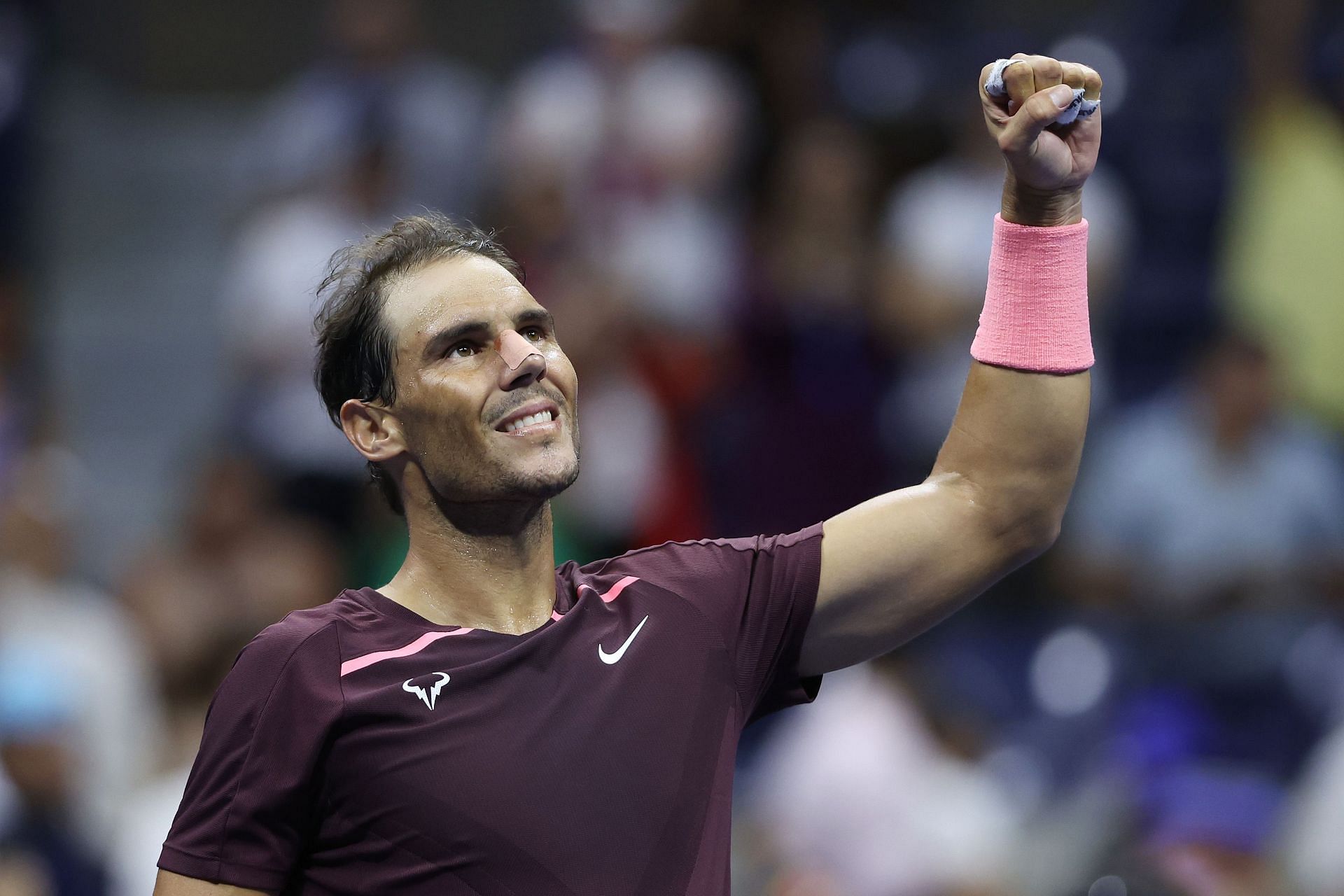 Rafael Nadal will continue his quest for a men’s record-extending 23rd Grand Slam title when he takes on familiar foe Richard Gasquet in the third round of the US Open 2022 in New York on Saturday.

The reigning Australian Open and French Open champion hasn’t been at his best in the first couple of rounds. Nadal needed four sets to see off each of Australian wildcard Rinky Hijikata and Italian veteran Fabio Fognini.

The fact that he kept improving as his second-round match against Fognini progressed before completing a 2-6, 6-4, 6-2, 6-1 win will give the four-time US Open winner a huge boost of confidence going forward.

Rafael Nadal wins three straight sets after dropping the first to advance in the #USOpen https://t.co/u88GwMKM8n

Where is Rafael Nadal playing?

Rafael Nadal is playing in the final Grand Slam of the season — the US Open, being held at Flushing Meadows, Queen’s, New York, from August 29 to September 11. It is one of the two hardcourt Majors of the year, with the other being the Australian Open.

Who is Rafael Nadal playing against?

The 91st-ranked Richard Gasquet is an opponent Nadal has known since his junior days. Nadal and Gasquet, both 36 years of age, have crossed swords 17 times so far, with the former World No. 1 winning them all.

Though his ranking may have slipped now, the French veteran has had a pretty decent career so far. He is a two-time semifinalist at Wimbledon and has made the last four once at the US Open as well.

Gasquet’s best result at his home Slam is a quarterfinal finish, while he has been to the fourth round of the Australian Open four times.

His silky one-handed backhand has gifted him 15 titles so far and has taken him to as high as No. 7 in the world rankings. His best result on the tour this season is a run to the semifinals at Geneva.

He came into the US Open on the back of a quarterfinal appearance at the Winston-Salem Open last week. Gasquet has carried that momentum into the third round of the US Open, dispatching Taro Daniel and 32nd seed Miomir Kecmanovic along the way.

Rafa gets Gasquet next. His past record suggests that’s a winnable match even with a mashed up nose.

Rafa gets Gasquet next. His past record suggests that’s a winnable match even with a mashed up nose.

The Nadal vs Gasquet third-round clash will be held on Saturday, September 3. The timing will be updated once the schedule for the day is released.

Viewers from the following countries can watch Nadal take on Gasquet live on their respective channels and sites:

Latin and Central America, Mexico and the Caribbean – ESPN International.

Live streaming will also be available on Tennis TV and the US Open website.