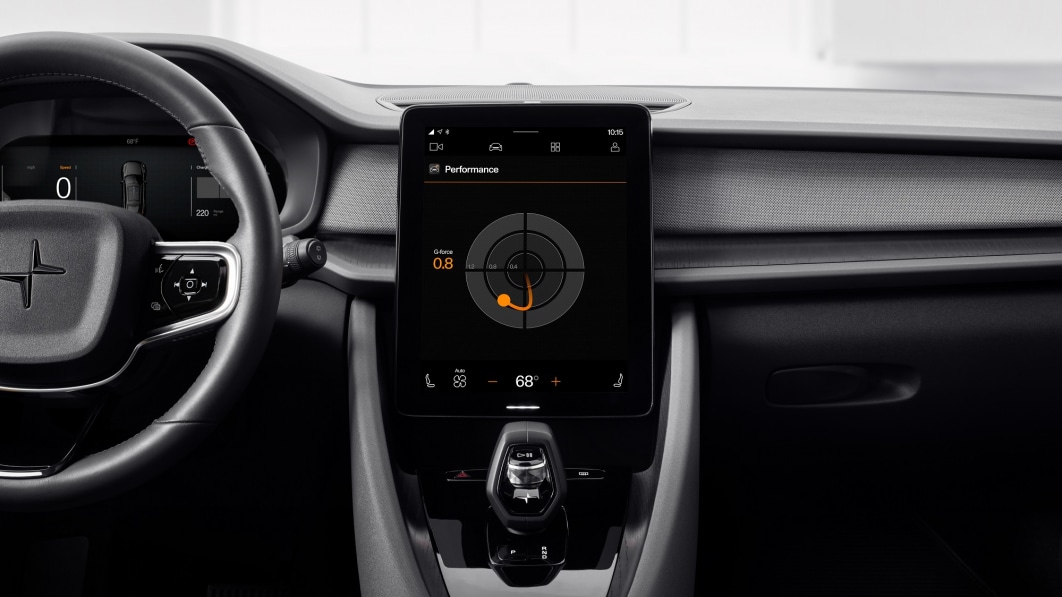 Polestar is taking advantage of its over-the-air software updating system to give the long-range, dual-motor variant of the 2 a generous bump in horsepower — at a cost. Announced exclusively for North America, the performance upgrade costs about $17.50 per horsepower.

In its stock configuration, the dual-motor 2 packs 408 horsepower and 487 pound-feet of torque. The new performance upgrade increases those figures to 476 and 502, respectively. Polestar claims that beaming 68 horses and 15 pound-feet of twist to the 2’s drivetrain drops the 0-60-mph time to 4.2 seconds, though it adds that the extra power is primarily noticeable between 44 and 80 mph. With the performance upgrade, the 2 accelerates from 50 to 75 mph in 2.2 seconds, which Polestar notes is half a second faster than the standard 2.

Drivers who want to verify those figures can use the new Performance application in the infotainment system (pictured in the gallery) to time 0 to 37, 50, 60 and 75 mph runs. The software includes a G-force meter as well, and it’s also included in the optional Performance Pack.

Polestar charges a one-time $1,195 fee for the performance upgrade, and owners can download it from the comfort of their home without taking a trip to the nearest service center. It’s linked to the car’s VIN so it gets transferred to subsequent owners, Polestar told Autoblog.

Letting motorists pay to unlock additional features and more horsepower is becoming increasingly common in the automotive industry. In certain markets, Mercedes-Benz offers an acceleration increase for some of its EVs but charges a $1,200 annual subscription for it.