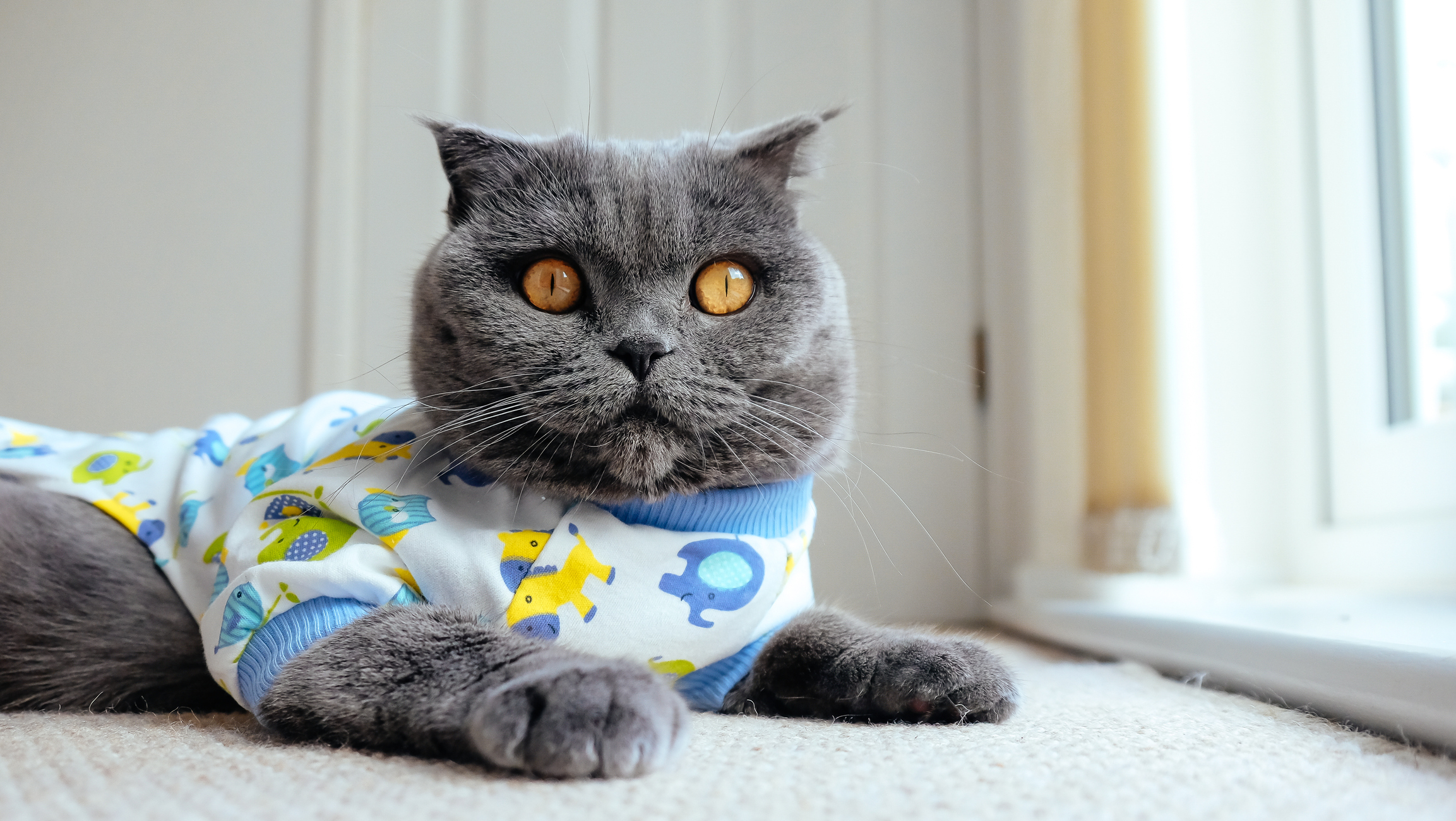 A pajama-loving cat that sleeps with a teddy bear is delighting the internet.

In a clip shared to TikTok on September 4 by user @bat_bones_banana, Alfie can be seen lying in his crib while his owner dresses him in a onesie. Once dressed, they cover him with a blanket and hand him his teddy bear as he drifts off to sleep.

TikTok users couldn’t get enough of Alfie and his bedtime routine, with the post receiving 3.7 million likes and over 185,000 shares.

They may look adorable, but the majority of cats are not into playing dress-up. Wearing clothes isn’t natural for felines and can restrict their movement and interfere with innate behaviors such as grooming. Clothing can also stress out cats, making them noisy or aggressive, as well as itchy. If your cat goes limp and flops over while you’re dressing them, it’s their fight or flight response kicking in and is a clear sign they are unhappy.

Some outfits—particularly costumes—can also be dangerous. Owners must be careful that the outfit choice doesn’t cut off circulation to their pet’s limbs, or that it won’t get caught or trapped in something during its daily activities.

Nevertheless, there are cats like Alfie that enjoy dressing up. A cat who stole their owner’s shirt out of the washing basket recently had the internet in stitches, while a video of a cat dressed as a UPS delivery driver—complete with bag and parcel—racked up 5.3 million views.

‘The Absolute Cutest Thing Ever’

In the video, Alfie’s owner explains how he developed his love of pajamas.

“He’s always just been really chill,” they said. “Like, ever since he was a tiny, tiny little baby.

“I started swaddling him in one of my old baby blankets and found that he really just liked the pressure and having things all around him.

“So I found my old onesie and put it on him.”

In the footage, Alfie happily lies on his back and sprawls out in his crib while his owner dresses him in a button-up onesie. The outfit is a perfect fit and even has space for his tail.

When he’s dressed, they cover him with a blanket and hand him a teddy bear, which he snuggles.

TikTokers couldn’t get enough of the clip, with user On Patrol describing him as a “Beatrix Potter character.”

“Why am I crying over a cat wearing pajamas,” said ariel mckenna.

“oh my god. oh my god you gave him a teddy bear oh my god,” wrote cry/cameron.

“You are literally living my dream,” commented Maria.

While Bethany dubbed Alfie “THE ABSOLUTE CUTEST THING EVER.”

Do you have funny and adorable videos or pictures of your pet you want to share? Send them to [email protected] with some details about your best friend and they could appear in our Pet of the Week lineup.