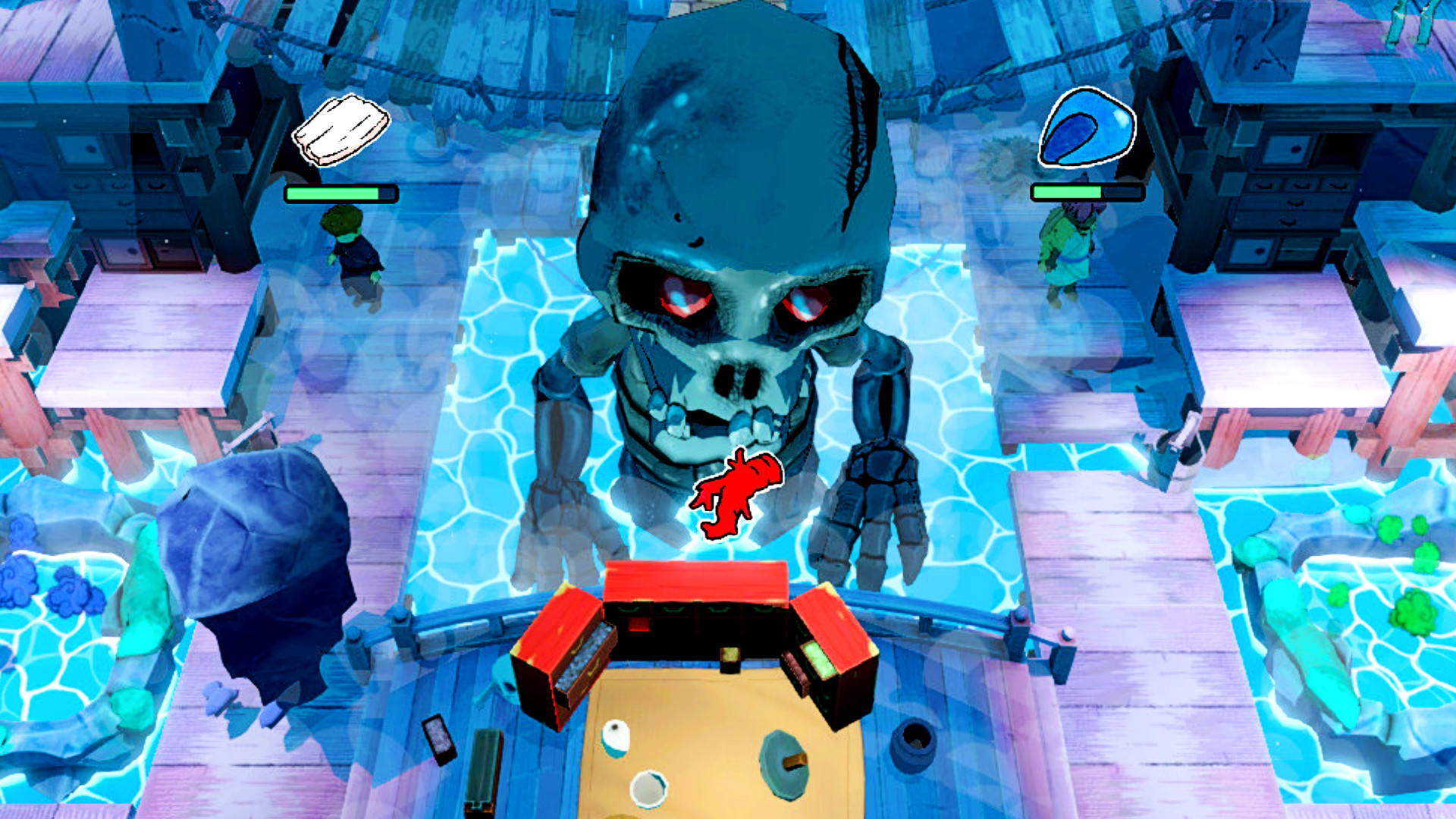 Onsen Master is a hot spring management game pitched as Overcooked meets Spirited Away. If you’ve ever watched Studio Ghibli’s gorgeous animated film about a young girl who finds herself in a mystical bathhouse full of spirits, you might have contemplated what running such an establishment might be like. Onsen Master is a co-op game from Waking Oni Games that hopes to realise those dreams by tasking you with running various onsen, while staving off the antics of troublesome yokai.

Placing you in the shoes of the titular Onsen Master’s apprentice, Mu, you are tasked with running the onsen (the Japanese name for hot springs and the facilities that surround them) located on the island of Izajima. You must keep your customers satisfied, preparing the appropriate ingredients to soothe what ails them and making sure they make it to the right baths without wandering off and causing trouble.

The customers are the least of your worries, however – there’s a dark cloud hanging over the island, causing mischievous spirits called yokai to appear. These yokai will attempt to disrupt the flow of your business, so you’ll have to deal with them before resuming usual service. As you progress through the story and search for the Onsen Master, you’ll even come across boss fights such as a giant, skeletal yokai rising out of the water to cause havoc in your establishment.

Onsen Master features a short story mode with visual novel elements that can be played solo or in two player split-screen co-op (as well as online through Steam’s remote play feature). It follows Mu’s journey as they attempt to find out what happened to their master, and uncover the mystery of Izajima. You can also jump straight into one of the game’s six hot springs in arcade mode for a quick burst of action, or take on your friends in a competitive multiplayer mode where you have to outperform the other players for customers’ attention within the same onsen.

Onsen Master launches on September 1 on Steam and the Epic Games store. If you’re looking for more anime-inspired games, check out our picks of the best anime games on PC. We’ve also got plenty of the best simulation games to browse if you’re interested in emulating other real-world activities in a virtual space.