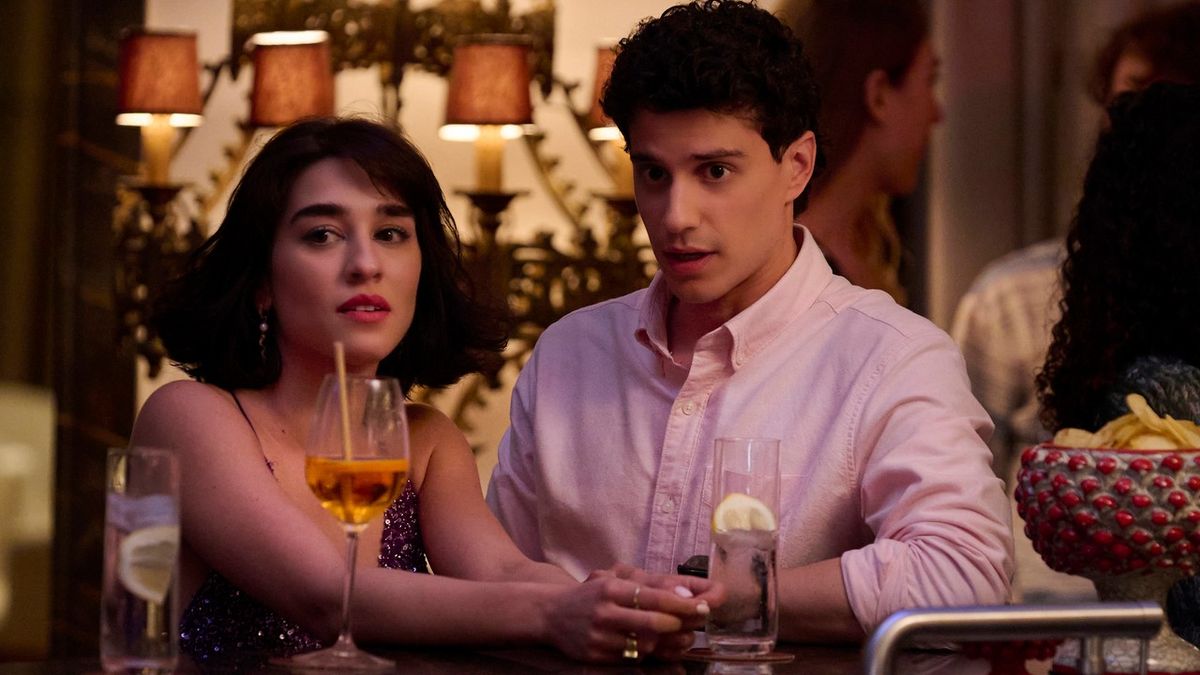 Warning! The following could contains spoilers for The White Lotus episode “Abductions.” Read at your own risk!

The White Lotus Season 2 is full of mystery, and despite “Abductions” crossing the halfway point, we still don’t have a ton of answers. Fans are working through many theories, like who the dead bodies are that Daphne saw at the beginning and what’s going on with Quentin and Tanya. I’ve been kicking around a new theory lately that involves Albie, Lucia, and that mystery man Alessio, and I think I know where the situation is headed.

Lucia has told Albie that Alessio is basically her pimp, but I’ve been suspicious of that for a while. It turns out I’m not the only person watching The White Lotus who thinks that Lucia is lying. On that note, let’s get into who Alessio might really be and why this situation may turn out very badly for everyone involved.

Alessio Is Likely Lucia’s Brother Or Another Family Member

Alessio and Lucia’s relationship does seem like the typical way Hollywood portrays the pimp/prostitute role, but there are some key differences that I see. While we’ve seen Alessio tug at Lucia’s arm, I believe that we’ve yet to see him behave in a way that’s truly violent. Additionally, Lucia didn’t seem afraid to go with Alessio in the latest episode when he followed the Di Grasso family on their trip and didn’t appear to have any marks on her when she arrived at Albie’s hotel later that night. Maybe Alessio not a pimp at all.

What I, and others, are thinking is that Alessio is Lucia’s relative or her brother. A poster on a Reddit thread pointed out that Lucia mentioned the employee she spoke to at the hotel was a friend of her brother, which could be a clue regarding Alessio’s identity. And while real-life brothers may not track their sisters’ every move and try to pull them home to keep them out of trouble, that’s definitely another trope.

Why Would Lucia Lie To Albie?

While I want to believe that Lucia genuinely has feelings for Albie and wants a real relationship with him, I can’t help but remember what his grandfather Bert Di Grasso said when they were eating lunch. When Albie discussed the fact that Lucia was an exploited woman who probably didn’t even want to be an escort, Bert told his grandson that not all women are saints. Albie dismissed him and went on his way, convinced he was helping Lucia and that things were different with him. He wants to believe Lucia is trapped in her situation, but is that by design?

The White Lotus viewers might notice that while Lucia confides in Albie about her situation with Alessio and needing money to give to him, she hasn’t done that with her other clients. Lucia also seems to be a very independent and bold woman in most situations outside of when she’s with Albie, so I’ve wondered if she’s intentionally deceiving him in order to secure some big payday from a kid who thinks he’s “saving” a woman caught in a bad situation.

I can’t tell whether or not Alessio is a willing participant in this scheme or not. It’s possible he has no clue what Lucia has told Albie, and because Albie doesn’t speak Italian, he has to rely on what Lucia can tell him of the situation. Essentially, Lucia can tell Albie whatever he wants to hear and maybe make more money than she’s made off other characters in the show in the process.

How This Might Go Terribly Wrong For Everyone Involved

One thing that Lucia might not be considering is that Dominic, Bert, and Albie all saw what occurred with Alessio and got the impression he’s some dangerous man. Should Alessio pop up again in the future, it’s very possible that one of them will step up and do something that could get Alessio seriously injured or even killed. This is why I think that Alessio is one of the bodies found in the ocean, and it’s all part of some big karmic justice for Lucia.

If Lucia is playing the slightly naive Albie, fans of The White Lotus might be upset. As such, having the whole thing blow up in her face if she accidentally got her brother/family member killed would be some big-time just desserts and probably a horrifically scarring event for Albie. Frankly, it sounds so brutal I really hope that this won’t happen, but it does seem like a twist worthy of this award-winning series. While I’m rooting for a happy ending, I’m not counting on it based on how things turned out for characters in Season 1.

The White Lotus airs on HBO on Sundays at 9:00 p.m. ET and premieres at the same time for anyone with an HBO Max subscription. There aren’t many episodes left in Season 2, so now might be a good time to go back and rewatch previous episodes for potential clues about what’s to come.