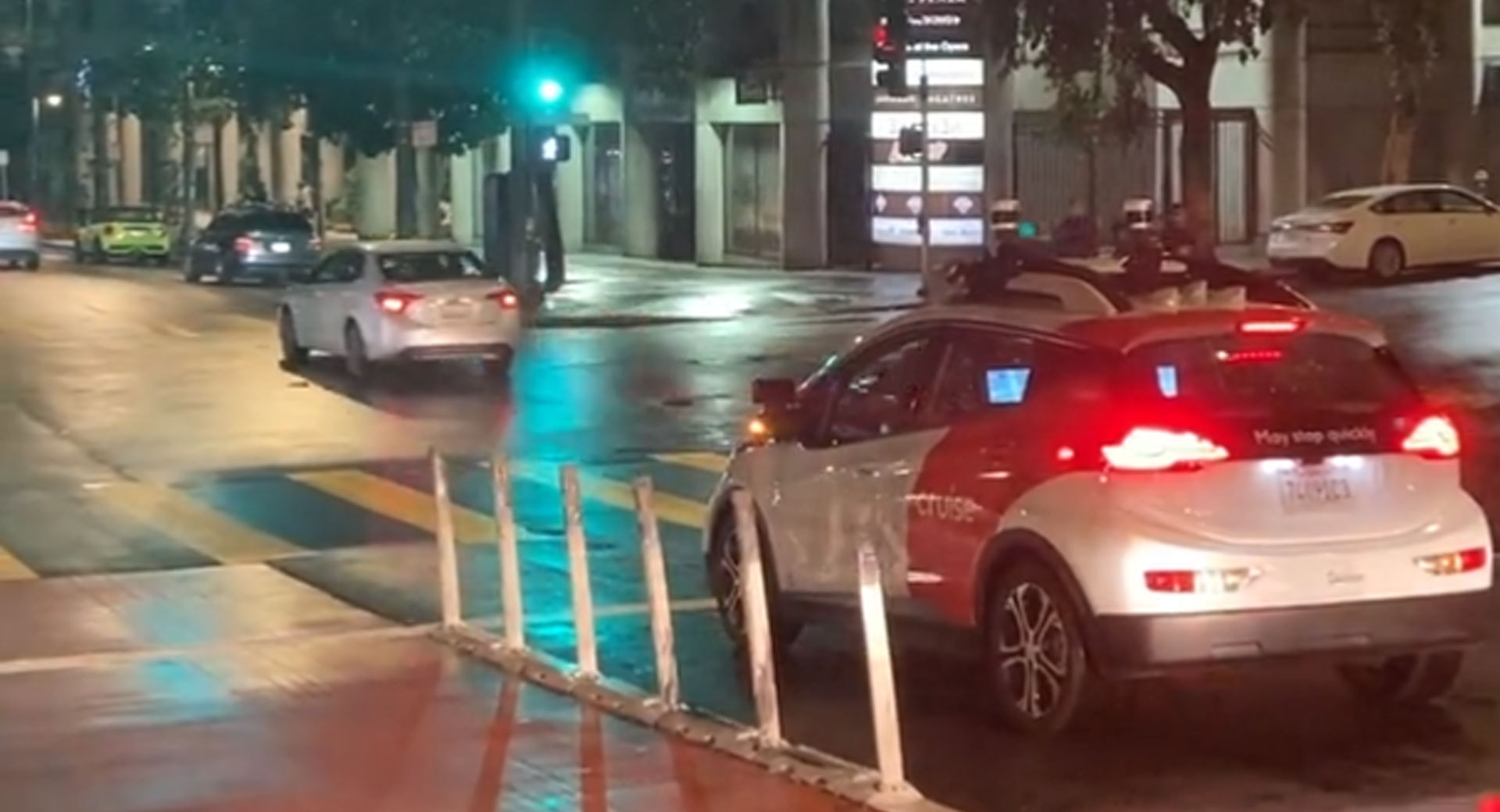 Autonomous driving technology has come a long way and it promises to transform transportation.

In the meantime, the company is continuing to use a fleet of autonomous Chevrolet Bolts. Earlier this month, the company announced they’ve traveled 500,000 driverless miles (804,672 km) without any major incidents. While that’s notable, there have been a number of problems along the way.

Also: Swarm Of Cruise Robotaxis Got Confused And Blocked Off A San Francisco Street

Omg highlight of my weekend – watching a malfunctioning self driving car in the wild, stuck at a green light for multiple light cycles already @Cruise come get ur boy pic.twitter.com/PfcgGbA56D

One of these occurred over the weekend as Twitter user @k_pendergrast spotted a Bolt stuck at an intersection. As you can see in the clip, the car has a green light but is just sitting there with the brakes applied and the emergency flashers activated.

This happened for “multiple light cycles” and other drivers were forced to go around the stricken vehicle. This prompted a few angry honks and eventually led to a Waymo Jaguar I-Pace getting stuck behind it. However, that model reportedly had a safety driver, who apparently took manual control and went around the Cruise.

After reportedly being stuck for approximately 13 minutes, @k_pendergrast said a technician arrived, did some “laptop stuff,” and then drove away in the vehicle. It’s not clear why the car ‘froze,’ but we’ve reached out to Cruise and will update this post when we hear back.

Now a self-driving but accompanied Waymo has pulled up behind it, absolute chaos pic.twitter.com/KenpQ7b2Jw

Regardless of what caused the issue, the vehicle appears to have played it safe by coming to a stop and activating its flashers to warn other motorists. This obviously isn’t ideal, but safety needs to take priority when it comes to autonomous driving technology.

This isn’t the first time Cruise vehicles have experienced a hiccup as one delayed a fire truck responding to an emergency. Furthermore, over the summer, a group of Bolts ‘swarmed’ together and blocked traffic near Gough and Fulton streets.

Ok finally another Cruise with a technician did some laptop stuff then drove away in the busted Cruise. 13 min I watched it block traffic on a major thoroughfare what a fucking mess pic.twitter.com/aHJ8FO8r7c