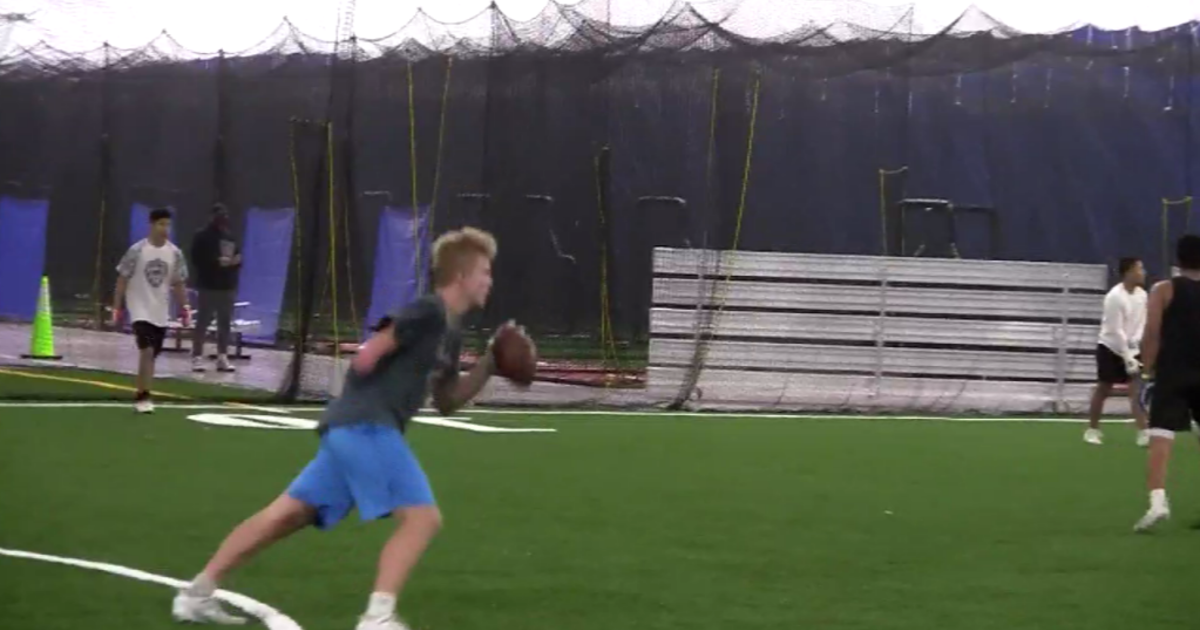 CHICAGO (CBS) — Playing division one college football is a big accomplishment for anyone, but that’s especially true for one Northwestern Wildcats freshman.

Albert Kunickis has been proving his doubters wrong since a young age. The Lemont native says he scored three touchdowns in his first ever game of pee-wee football. He knew then he could do this, despite a birth defect that would seem to make it highly unlikely.

Albert Kunickis is right where he always wanted to be; playing college football at Northwestern.

“This was my childhood dream. I always wanted to play a high level of college football, and a bunch of people told me it might have been out of my reach, but I just worked and got here,” he said.

Why did he never listen to those people?

“Because, honestly, I always felt that I had a stronger mentality than that,” he said.

That strong mentality has helped Kunickis get to this point, despite a seemingly insurmountable disadvantage. He was born without a right hand or forearm.

Playing any sport at a high level would be a longshot, but not for Kunickis. How did he make to a Division 1 college football team?

“I just worked on the intangibles and stuff that kids with two hands can do easily, such as catching and holding the ball. I worked on not fumbling last year of in high school. I had zero fumbles and zero drops,” he said.

You heard that right. No fumbles. No drops. In his senior season at Lemont, Kunickis scored 22 rushing touchdowns, and two more receiving; and with over 160 touches, he didn’t fumble once. He credits his parents for helping him get to this point.

“My mom’s always been there with me. When I started off in preschool, she always motivated me to tie my shoes, climb the monkey bars, zip my jacket. She always pushed me through that. And then my dad, he always helped me with actual football skills,” Kunickis said. “Me and my dad went to field every week, every day actually, and worked on those drills. I just adapted over time. Reps on reps on reps, and it just got easier.”

It was the whole package of Kunickis’ skills that caught Northwestern coach Pat Fitzgerald’s eye, leading to him getting an offer to become a preferred walk-on.

“Well Albert’s a hell of a football player. We saw that last year. He came to our camp, and was outstanding, you know? That’s the type of young man that he is. It’s the student that he is. It’s the demeanor that he has, and then he plays football fearless, and a ton of fun to watch. Will he find a role this year? We’ll see. But his future in this program is incredibly bright,” Fitzgerald said.

Kunickis has reached his goal, but has even more on his mind.

Kunickis is a great player, as Fitzgerald said. He was all-state at running back in his senior season at Lemont, helping them to the 6-A quarterfinals.

Matt Zahn joined CBS2 Chicago in October 2016 as a sports reporter and fill-in sports anchor, and what a time to come to Chicago. Matt arrived just as the Cubs won the World Series.