“Oh, s**t, AD is about to win finals MVP if Bron don’t f***ing turn it up” – Richard Jefferson asserts 1X NBA Champion could again be the No.1 PF in the league 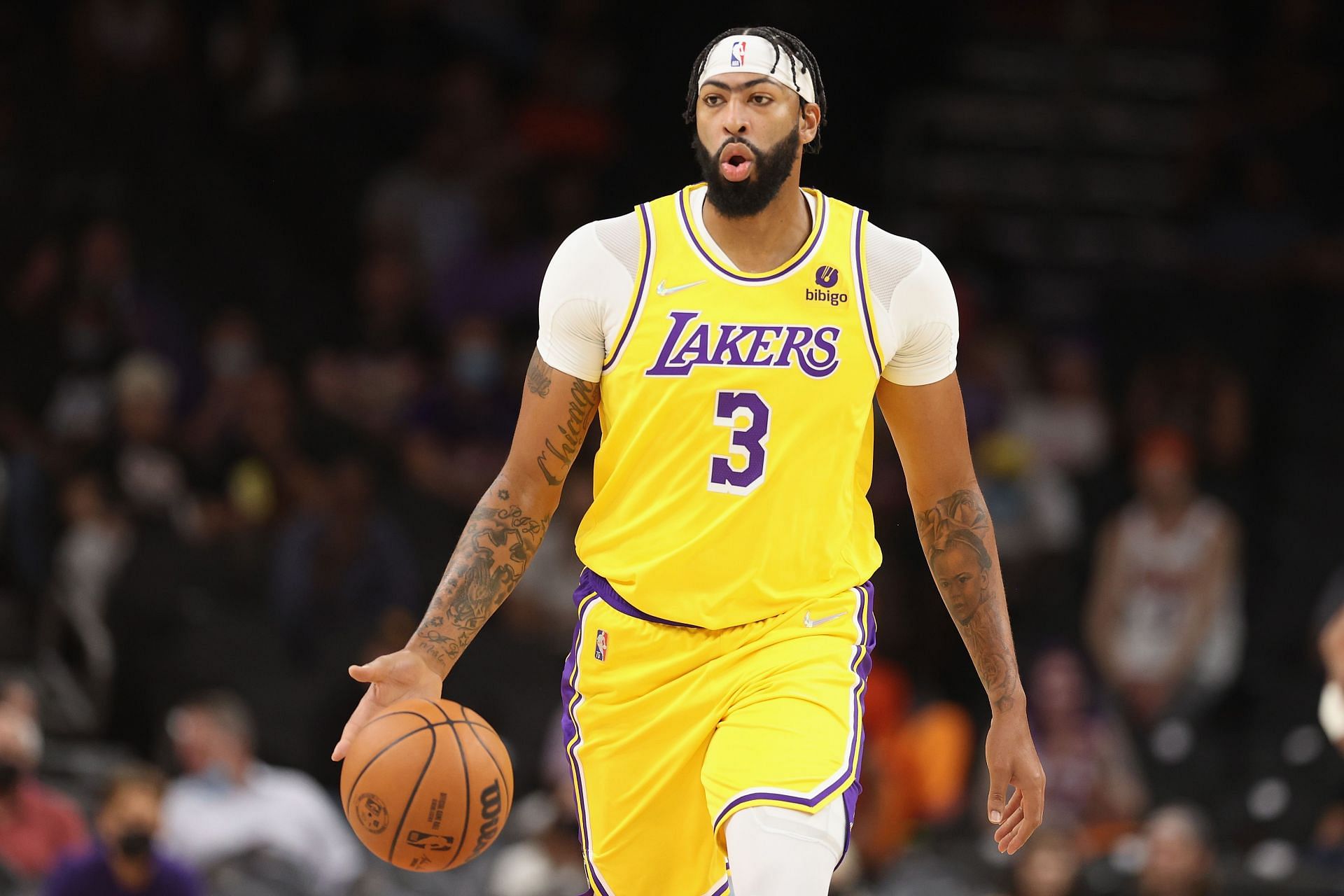 Former NBA player and current analyst Richard Jefferson believes Anthony Davis could be one of the league’s best bigs. For the LA Lakers to contend this year, they better hope he’s right.

It’s never been a question of, “Is AD good enough?” The main question with the Lakers star is, “Can he stay on the court?” Throughout his career, Davis has run into a lengthy list of injuries.

It’s created a reputation as he’s struggled to remain on the court and off the sidelines. With the Lakers trying to bounce back, the hope is that Davis can stay healthy enough to give the Lakers a chance in the Western Conference.

On the “Road Trippin” podcast, Jefferson said Davis is the No. 1 big in the league but needs to return to being the player who excelled in the NBA bubble.

“When he has played, when he has been on the court, let’s just judge him purely off that,” Jefferson said. “I have not seen AD since the bubble. Like, the player that he has been when he’s been on the floor, right, for the last two years.

“When he was going into that NBA season after he left New Orleans, the way he played pre-bubble where he believed he was up for Defensive Player of the Year, the best defensive player in the league, then the way he played in the bubble where, three games in, people were like, ‘Oh, shit, AD is about to win Finals MVP if Bron don’t f**king turn it up, right?’

The Lakers will be monitored closely throughout the opening months of this season. While there will be plenty of attention surrounding LeBron James’ pursuit of the all-time scoring record, the Lakers will also have numerous storylines.

One of the top developments will be the health of Anthony Davis. As discussed by Richard Jefferson, there’s no denying the talent of AD’s game. Davis has done everything in his power to improve his health over the years.

In an effort to stay on the court last year, Davis reportedly put on additional weight and strength to improve his frame. The idea backfired, as Davis missed 42 games with knee and ankle injuries.

The Lakers had hoped that the star big man could be the future face of the franchise when they acquired him in 2019 from the New Orleans Pelicans. Time could be running out for AD to prove that he can remain healthy and take that role.